Staff of Yasinovataya locomotive depot of the Donetsk railway are ready to suspend freight traffic in connection with non-payment of salary. It was stated by a joint letter addressed to leader of the "DPR" Alexander Zakharchenko, - reports62.ua.

The letter, text of which was published in social networks, said about serious problems of the railway employees. "We have not received salary since February 2016 that led to the fact that our employees do not have any possibility to come to work, buy food, not to mention basic care products, pay utility bills due to lack of money," - stated the letter.

The letter also notes that "social explosion is brewing up among staff." In case of non-payment of salary until May 30th, the railway employees threatened to "suspend freight traffic." 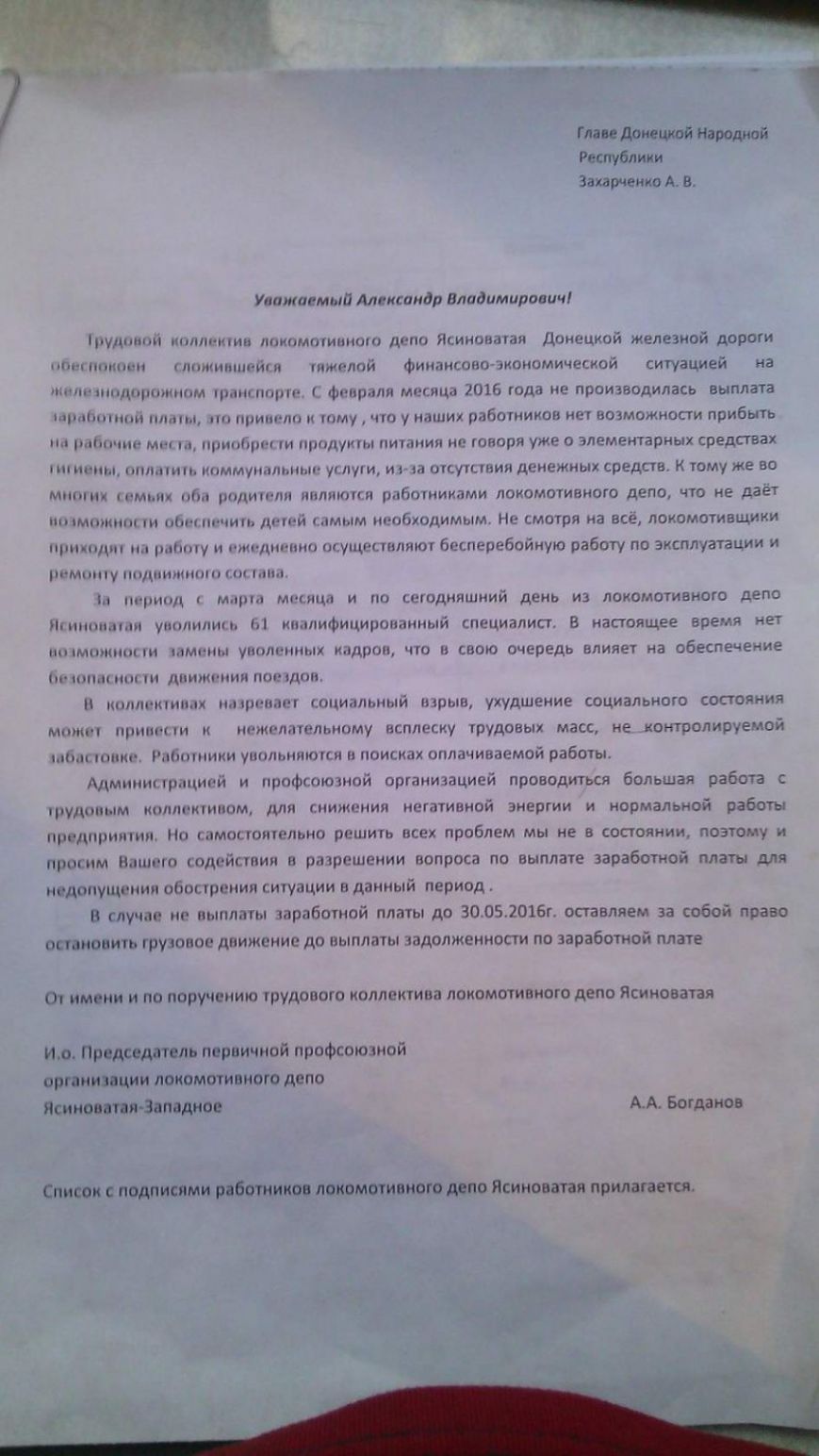