The highest wages and pensions of the "DPR" last year were recorded in Zhdanovka which is occupied by militants. It is evidenced by the results of implementation of the so-called "programme of economic and social development and recovery of cities and regions of the republic for 2015" posted on the website of the fake Ministry of Economic Development of the "DPR". 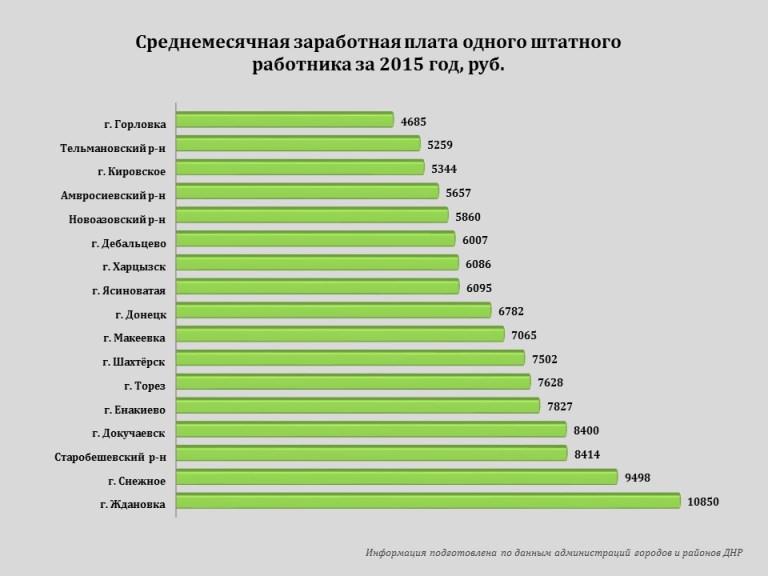 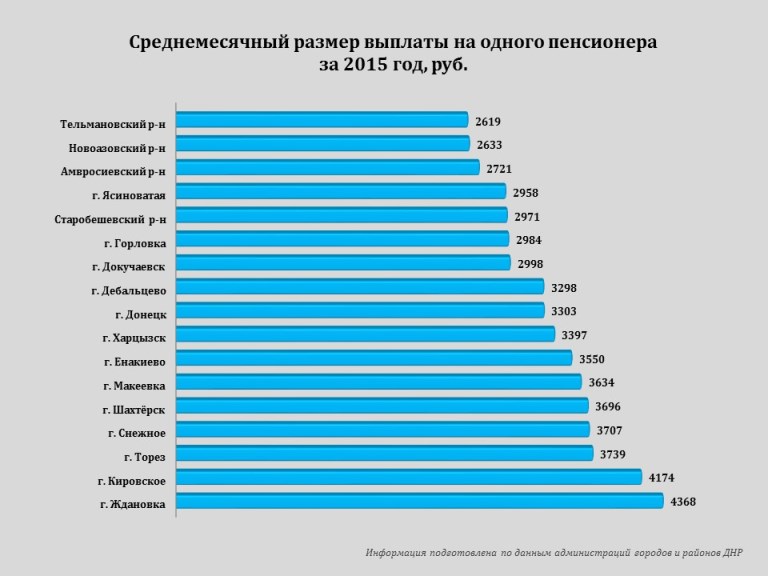 Zhdanovka is a city of regional significance in Donetsk region of Ukraine. De facto – settlement has been controlled by the self-proclaimed "DPR" since 2014. It belongs to Gorlovka-Yenakiyevo agglomeration. Population (pre-war) was about 12 thousand people. Zhdanovska, Komunarskiya and Zuyevskaya mined in the city before the occupation.