Prosecutor General Viktor Shokin dismissed his deputy David Sakvarelidze on the day of voting for his resignation in the Verkhovna Rada. The corresponding order was postedon the website of the GPOU.

It also reported that the Prosecutor General of Ukraine brought D. Sakvarelidze to disciplinary liability due to his order as of March 29 this year for gross violation of the rules of prosecutorial ethics, intervention in another prosecutor’s activity in the order hat is not stipulated by the legislation, misconduct that denigrates the prosecutor's office employee, failure or improper performance of official duties and to dismiss him from the post of Deputy Prosecutor General of Ukraine – Prosecutor of Odessa region and prosecution bodies. 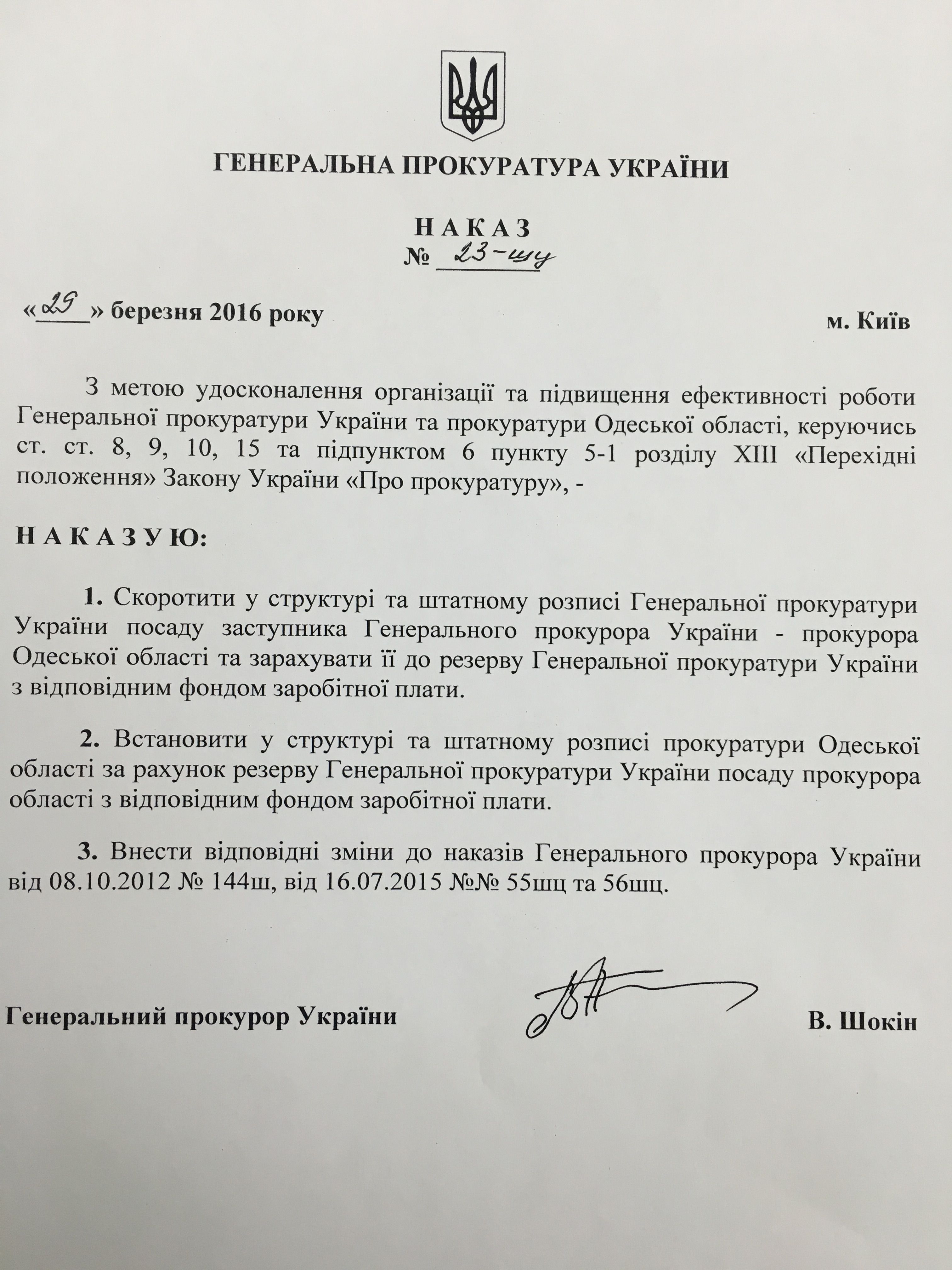