Russian GRU employee’s lawyer Yuriy Grabowsky was found dead. It is reported by the Ukrainian National Bar Association on Facebook.

"Today we got to know tragic news. Lawyer Yuriy Grabowsky was found dead. Suspects are detained and we hope that all those involved in the murder of our colleague will be punished. We express our condolences to the friends and relatives of Yuriy Grabowsky and to all who knew him. All of us have lost a talented smart energetic lawyer, devoted to his work,"- said the statement. 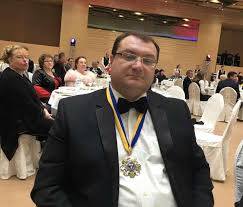 As previously reported, on March 10th police listed Yuriy Grabowsky as wanted. However, the lawyer wrote on Facebook that he had to leave Ukraine because his life was in danger there. On March 20th the Chief Military Prosecutor of Ukraine Anatoliy Matios reported that suspect in the involvement of Grabowsky’s disappearance had been detained.