The "DNR" occupiers report nothing about the fate of the residents of CADO, who managed to cross the line of contact through the Olenivka checkpoint beyond the lists compiled by a certain "headquarters" to combat COVID-19.

As previously reported, more than 100 people drove to the gray zone on July 7 between the Olenivka checkpoint, controlled by the DNR militants and the Ukrainian Novotroitske checkpoint from the territory controlled by Ukraine without confirmation from the "headquarters". The occupiers refused to let people, whom they call their "citizens", pass through their zero checkpoint, citing the fact that they are not included in the lists. As a result, all those who wish to "get to CADO" without being included in the lists were located along the road under the open sun.

Occupation authorities of the "DNR" did not comment on the situation: the "official" media did not cover this situation at all.

According to reports from social networks, the "DNR" special forces forcibly put the "violators" in buses in the evening and drove them to the Ukrainian checkpoint. However, 47 people returned to the "zero" Olenivka checkpoint. Even cars with drinking water were not allowed to the exhausted by heat people. 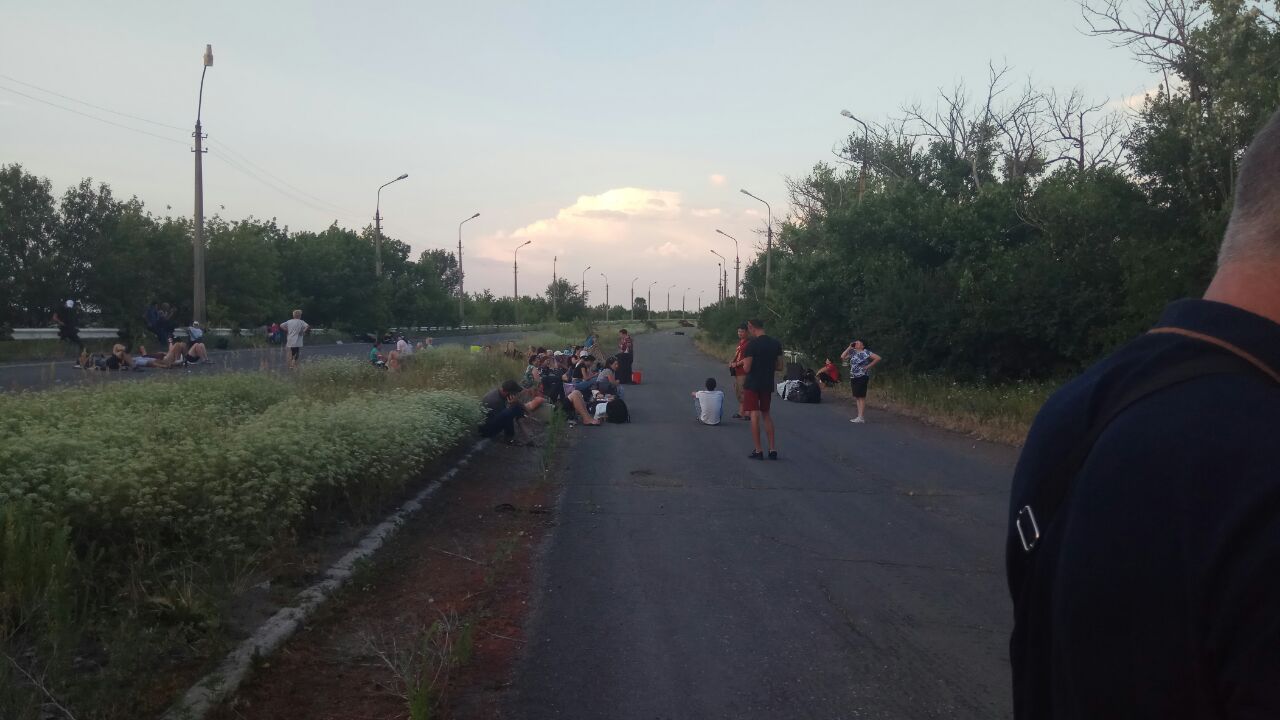 People write in social networks that the occupiers' checkpoint received an order at 11 p.m.: all citizens from the gray zone were allowed to enter CADO and were taken for observation. They were placed in the wards of a hydropathic establishment in Makiivka at about 3 a.m.

According to recent reports, most arrivals have a high temperature due to overheating, many have body burns and suspicions of heat and sunstroke. A lot of men were beaten. Non-specialized hydropathic establishment is surrounded by police. No one is allowed out of the hospital, including its staff. The situation is very tense.