More than 100 people, whom the occupation authorities refused to let into their place of registration, are located in the gray zone between the Olenivka checkpoint controlled by "DNR" militants and the Ukrainian Novotroitske checkpoint. This is said in the reports of the separatist information resources.

They note that despite the warnings of a certain "Interagency Headquarters of the DNR", a large number of people drove today at 9.00 through checkpoints from the territory controlled by Ukrain to CADO without confirmation from the "headquarters".

Ukrainian customs let everyone out, as the Novotroitske checkpoint works without restrictions. The occupiers, in turn, refused to let people, whom they call their "citizens", pass through their zero checkpoint, citing the fact that they are not included in the lists.

As a result, more than 100 people gathered near the checkpoint. All of them are located along the road under a boiling sun. There are children under two years of age and the elderly among the "banned". 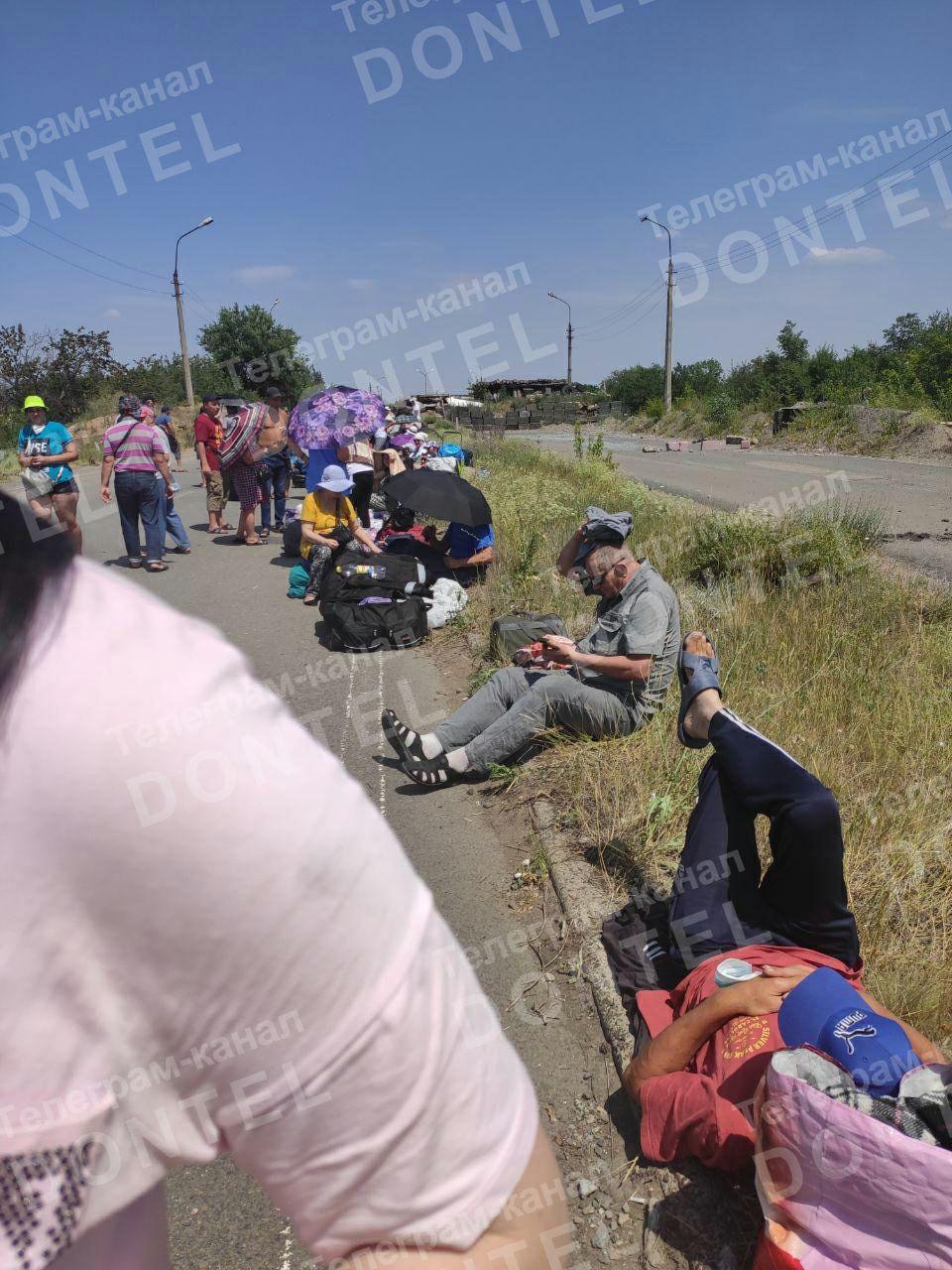 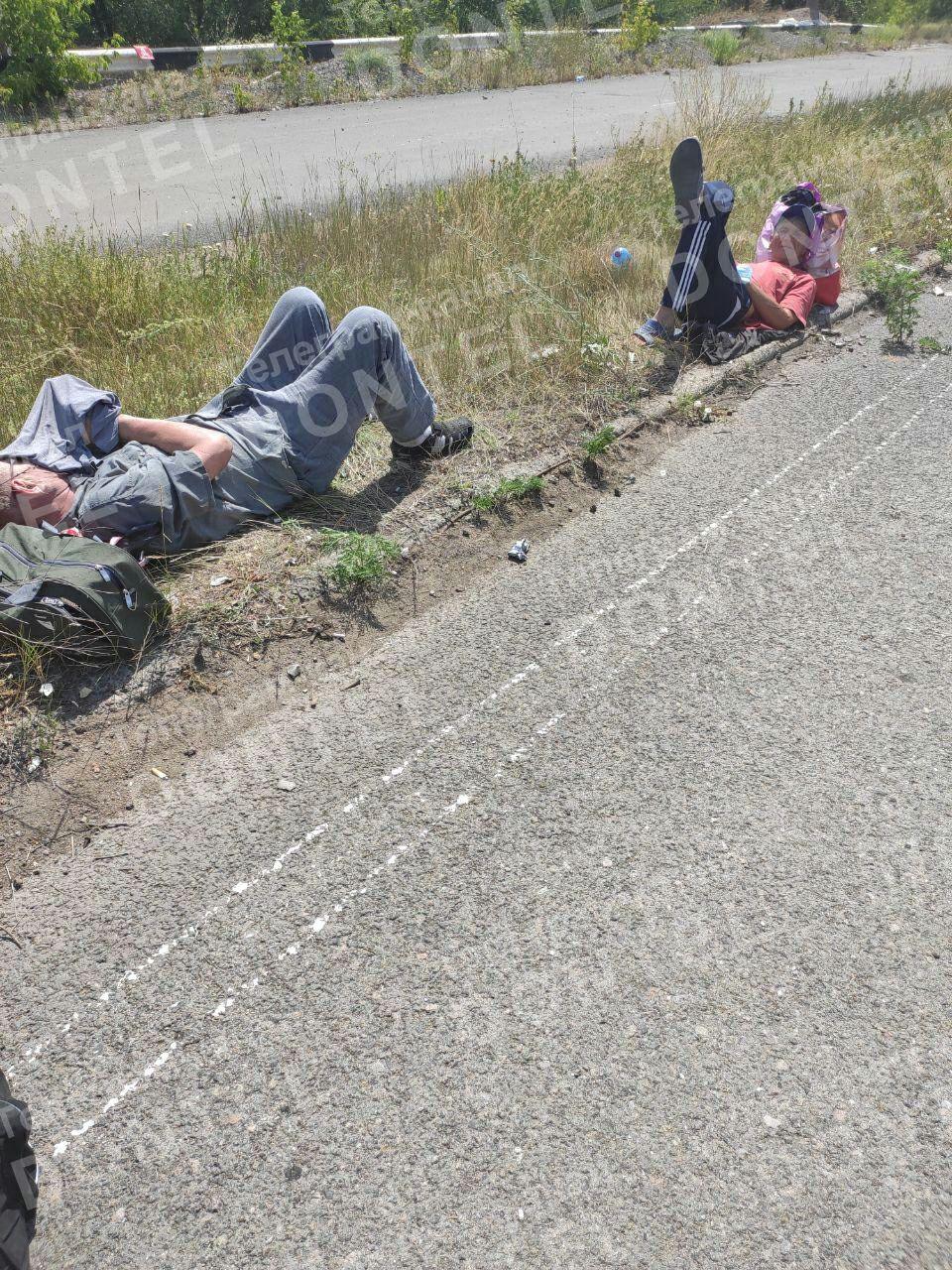 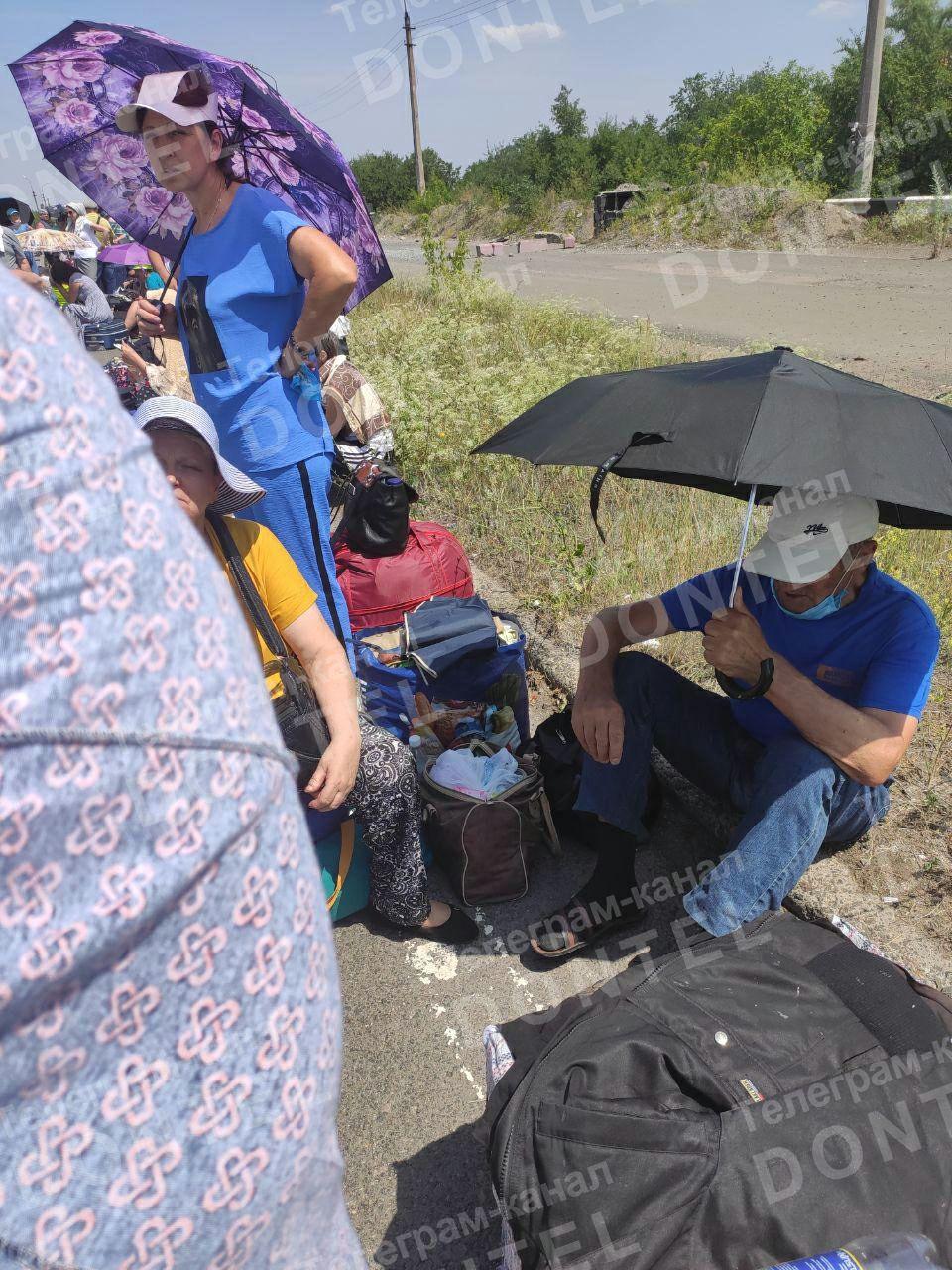 They sent a letter to the "headquarters" that decide who can enter the "DNR" and who cannot with the request to draw up additional lists and let them enter the occupied territory. The letter says that all citizens agree to a two-week observation.