Creator of the terrorist Vostok Battalion Alexander Khodakovsky has confirmed that Russian nationalist Oleg Stashkin, nicknamed Kadet, who positions himself as a born killer, fought on the side of the "DNR". The former SBU employee commented on the resonant post of Kadet, in which he assures that being a "Russian man", he loves and knows how to kill by any means and is proud that he is an occupant by birthright, this way. 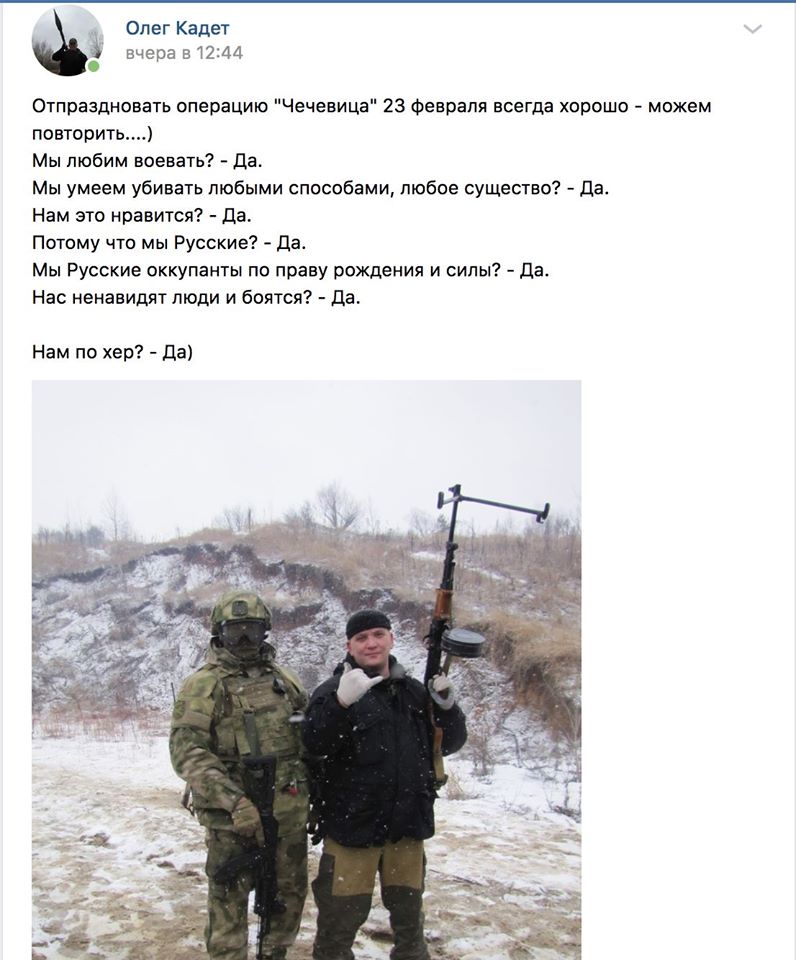 "A man in the photograph, who is without a mask, positions himself a Russian nationalist… Well, let us lift the shroud of secrecy… We thought that he had already been taken to places not so distant - my operatives passed the relevant information to the Russian law enforcement agencies. But no - he appears in social networks, as if he had not strangled a Russian volunteer who served with him in the same unit in my Vostok with his own hands, - Khodakovsky once again confirmed that Russian mercenaries fought for his "DNR" battalion. 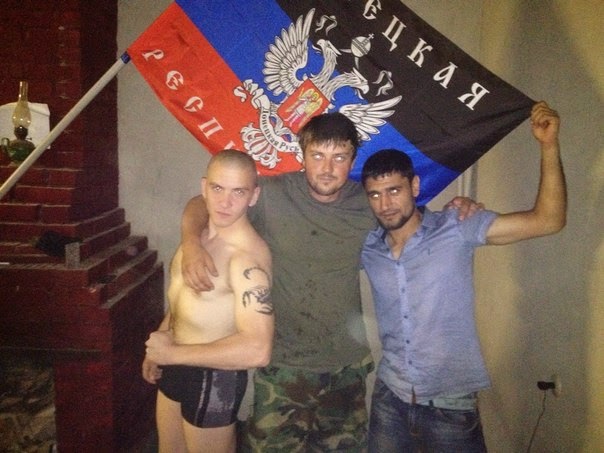 As previously reported, contrary to the facts of the active participation of Russian military in the Donbass war, Russian and separatist propaganda call Russian aggression against Ukraine a "civil war" and an "internal conflict".