Creator of the terrorist Vostok Battalion Alexander Khodakovsky has published an archive photo showing that Russian mercenaries and representatives of illegal armed formations of unrecognized South Ossetia took an active part in unleashing the armed conflict in the Donbass in 2014.

A photo taken in the center of Donetsk in May 2014 depicts Russian and Ossetian militants. "According to the waves of our memory… May 25, 2014, Ossetian is to the left, Russian is to the right. The Russian will die the next day, the Ossetian will be alive…", - the photo was signed by Khodakovsky. 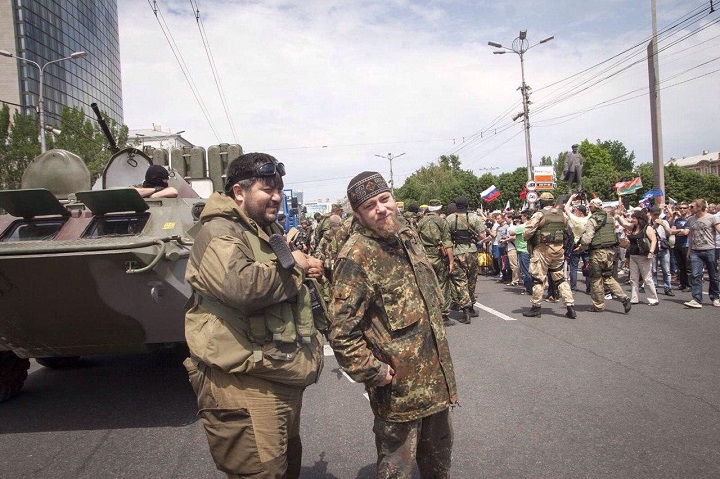 As previously reported, despite a large number of Russian mercenaries and militants from unrecognized South Ossetia, the Kremlin propaganda claims that in 2014, the people of Donbass rose in protest against the "coup in Kyiv", so the war unleashed in eastern Ukraine should be considered "civilian".