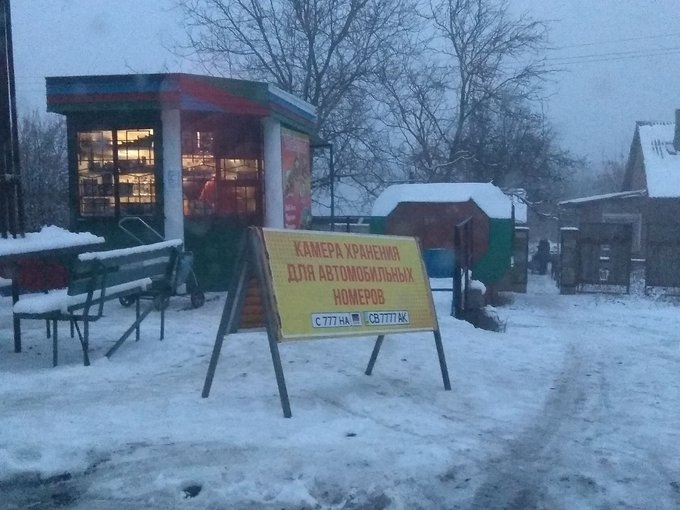 Raids on cars with Ukrainian license plates have intensified in the occupied territory of Donetsk oblast at the holiday weekend. Cars without "license plates" of the "DNR" are stopped, fined and taken away by a tow truck. Particular difficulties from such "innovations" by the occupation authorities are experienced by drivers who need to cross the demarcation line in the direction of the territory controlled by the Ukrainian authorities. The numbers and "documents" of the "DNR" are seized by Ukrainian law enforcement officers there.

Local residents got their bearings and set up such a "storage room".

The photo was posted on social networks.