The unnamed religious community received the first in the "republic" certificate of "state" registration from the occupation authorities of the "DNR". This is said in the message of the so-called "Ministry of Justice of the DNR".

It recalled that the authorities of the "republic" had decided to make an obligatory registration of all religious organizations operating in the occupied territories under the separatist "laws".

The "Ministry" reports that a certain "religious organization" collected all the necessary documents and submitted them for subsequent registration in fulfillment of these requirements.

At the same time, the text of the message carefully hides the name of the community which agreed to go beyond the legal framework of Ukraine and receive registration from the occupation authorities. The photographs illustrating the message are folded in such a way that it is also impossible to see the name of the "religious organization" that received certificate No.1. 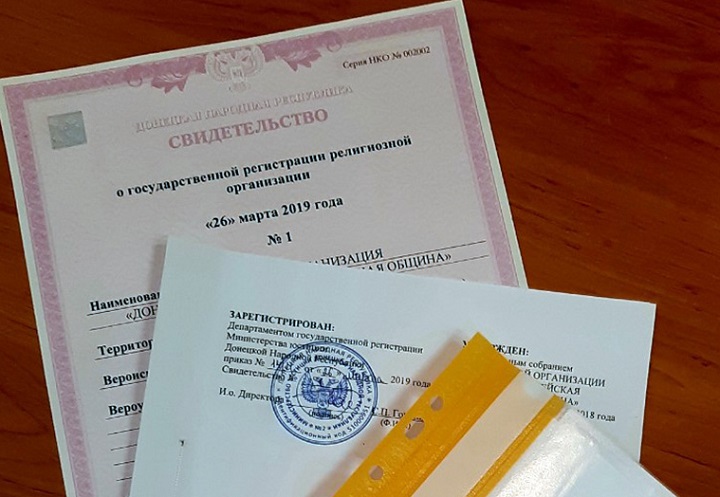