New auto barriers appeared in the center of occupied Donetsk. Locals write about it in social networks.

A barrier appeared on Pushkin Boulevard. Traffic is restricted below Mayakovsky Avenue and until the 25th anniversary of the Red Army, a drive through from Universitetskaya to the boulevard past the Park Inn Hotel is also closed.

"But it's still convenient. Nobody drives here anymore, the clatter got goat", "In all directions! This initiative should be spread along all the boulevards!", "Let's do not pass all these hellish chariots at all!", "I am in shock! What for?..", "A good thing that it isn't on Gurov! They could have been there. And they could have been everywhere)", "There was an important meeting of important people. Or maybe not. Because the state secret is being on the air, revealing passwords and appearances, so now they are vigilant", "It is clear that the entrances to the Pushkin restaurant were blocked so that they would not interfere Pushilin and his gang to eat", "Yes, today all who was taking their children to the 1st school cursed for a while", - residents of Donetsk write. 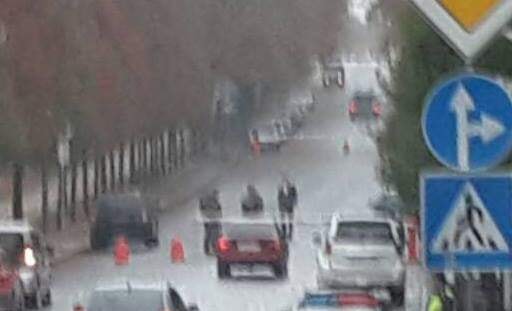