Another "Wedding Palace" was solemnly opened in occupied Donetsk in the church, which was grabbed from the Mormons religious community. This was reported by the separatist media.

The new Civil Registry Office in the Kuibyshevskyi district of the city moved from the emergency building to the solid, American-built building of the Church of Jesus Christ of Latter-day Saints. At the same time, the occupation authorities, having appropriated a ready structure with the entire infrastructure, cynically declare that this is done in the "DNR" for the benefit of spouses and their guests. 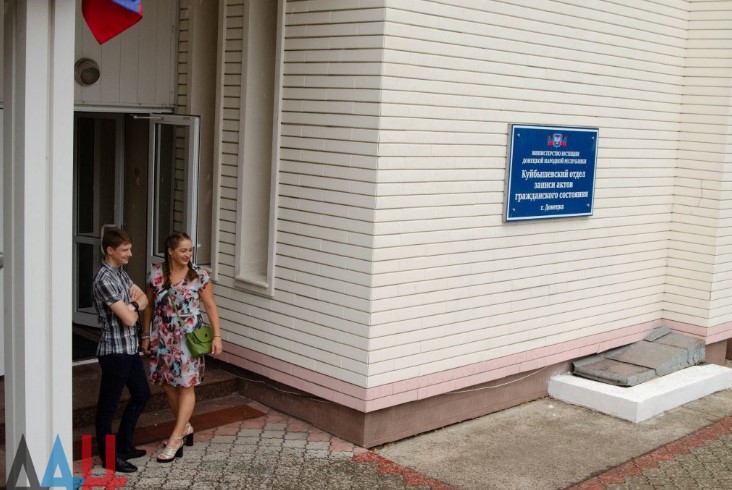 "The previous premises were practically in a critical condition, but everything was done for the benefit of citizens of our Republic… There are a spacious hall for ceremonies, a guest room and offices for employees in the new building of the registry office", - local journalists wrote.

A special focus was put on the fact that is a large parking lot near the palace. According to the new owners of the building, "its availability will significantly increase the level of comfort, since it was impossible to place even a wedding cortege in the previous place". 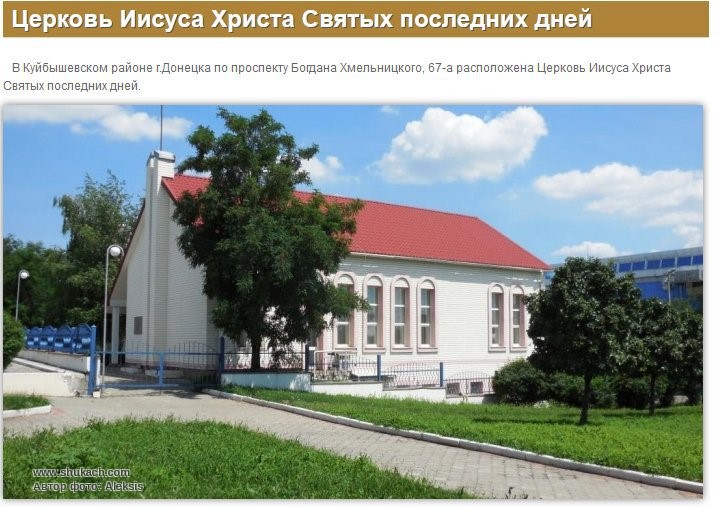 The Church of Jesus Christ of Latter-day Saints, belonging to Mormons in the Kuibyshevskyi district of the city (pre-war photo)

It is revealing that this is not the first building built for Mormon funds, grabbed by the militants and solemnly converted into a civil registry office. On September 28, 2017, the opening of a similar wedding palace took place in the Kirovskyi district of Donetsk. The separatist media wrote about this event as follows: "There is a large parking lot near the palace. According to the management, this will significantly increase the level of comfort, since it was impossible to place even a wedding cortege in front of the building earlier". The presence of the hall for ceremonies, a guest room and offices for employees in the confiscated premises was noted as well. 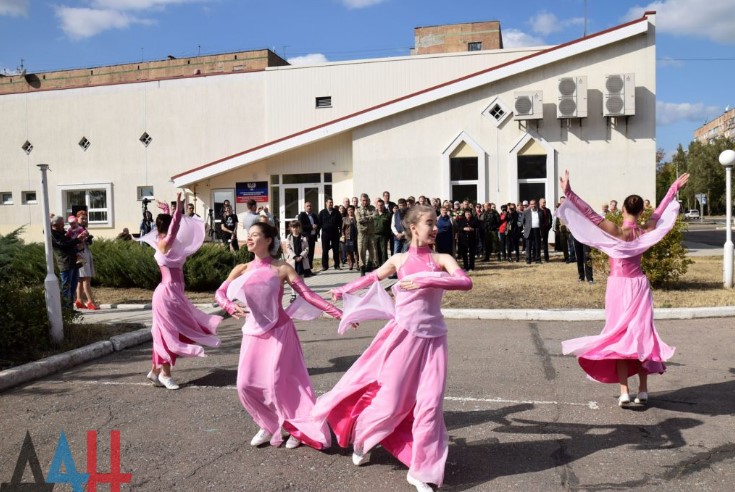 Earlier, on May 18, 2016, this time, employees of the Proletarskyi District Civil Registry Office "moved to a new building, which the DNR authorities have allocated instead of the emergency one". Of course, with a spacious hall for ceremonies, a guest room and offices for employees. 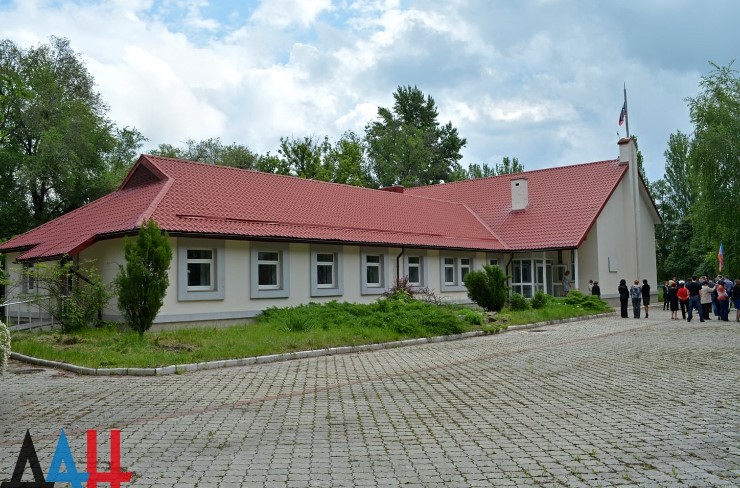 In other words, the "DNR" authorities made a cottage industry out of the creation of modern comfortable registry offices: at first, the building of the Church of Jesus Christ of Latter-day Saints is released from American missionaries and parishioners under the threat of warfighting and non-recognition of sectarians, then it is "nationalized" and, finally, turns into a wedding palace with pomp and imitation of care about the residents of Donetsk. The process of grabbing is so unified that journalists do not even need to write a new report each time – they perfectly use the texts compiled once about a spacious hall, a room for guests and convenient parking.

The news about the "opening" of the current district civil registry office differed from the previous ones only in that it was not reported at all about the previous owners of the grabbed building. In the previous two cases, it was briefly noted that before the war, the owners of these buildings were Mormon religious communities, representing "American branches".

"According to the Ministry of Justice, with the outbreak of hostilities, the sectarians released the premises and left the Republic", - the media was explained the reason for the "nationalization of the abandoned property".

In July 2018, the reference to "sectarians" was ruled out from the template press release. Allegedly, all the beauty was made by the occupation authorities themselves "for the benefit of citizens of our Republic".

Meanwhile, the Donetsk citizens in social networks remind the fact that it is referred to the common robbery and appropriation of other people's property:

"Such a fancy house was there!!! with guest rooms with such conveniences - you can only dream!!!"

"Well, the American Mormons built a solid house - and they, like all Protestants, were announced enemies of the people back in 2014, with a storm of applause of the bigots of the Russian Orthodox church. I hope that adherents from there have fled in time, and do not rest on the bottom of the nearest pond".

"This is not the only building grabbed from religious organizations. All ceremony halls of Jehovah's Witnesses were grabbed - these are several dozens of detached buildings. The real estate of the Adventists was also massively grabbed. Recently, the Christian Family Center on Gvardeyskaya Street has been privatized".