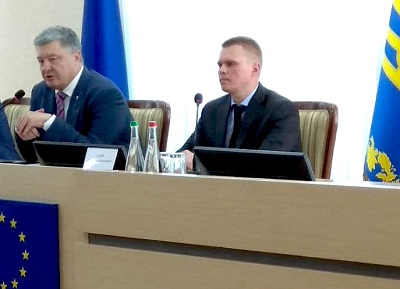 Presentation of the new head of the Donetsk regional military-civil administration was held in Kramatorsk. For this purpose, the President of Ukraine Petro Poroshenko came to Kramatorsk, UA: DONBAS reports.

As expected, O.Kuts, the former head of the Head of Chief SBU Department in Donetsk and Luhansk oblasts, became the new head of the oblast.

In 2009-2014, he was deputy head of the Main Department for Combating Corruption and Organized Crime of the SBU in Kyiv and the Kyiv oblast.