The authorities of the self-proclaimed "DPR" in occupied Donetsk organized a demonstration against "sectarian organizations". Arrest of the leaders of "non-traditional" churches began simultaneously. Donetsk correspondent of OstroV reported about it.

The action took place near the Greek-Catholic church in Kuibyshev district.

Participants of the demonstration were holding banners "Greek-Catholic Church conducts anti-republican activity", "Stop the persecution of Orthodox Christians!", "Let's say" no "to the faith, that blesses war in Donbass".

During the demonstration, organizers claimed that "do not want to see sects in the "DPR"" because "sects called for disorder in the "republic". According to them, "the CIA is closely connected with the Greek-Catholic Church" and "manipulates" youth through the funding. 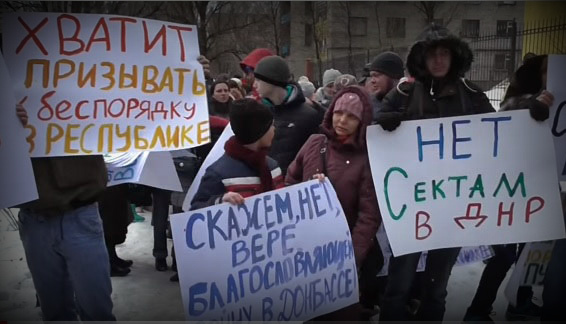 At the same time, one of the leaders of the Council of Regional Churches, President of the Center of Religion Research and International Spiritual Relations Igor Kozlovsky is reported to have been detained by law enforcement officers of the DPR in Donetsk. OstroV is waiting for confirmation of this information by Kozlovsky’s relatives. It is known that Ivan Kozlovsky’s wife immediately left Kiev for Donetsk.

Friends and subscribers worry on Kozlovsky’s Facebook page that Kozlovsky hasn’t got in touch for more than a day that it is not usual of him, because he takes care of bedridden patients and is unable to leave the city. 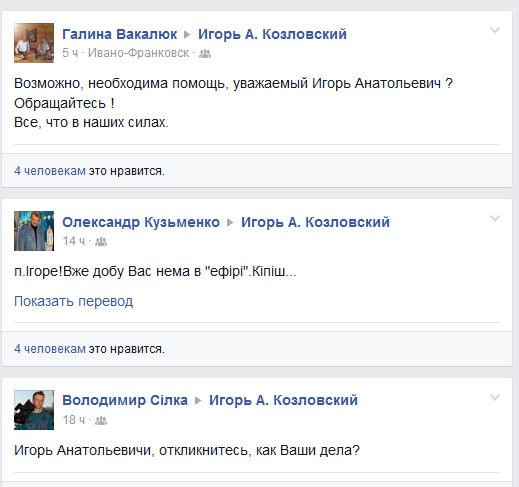 Previously, the website of the so-called "DPR" announced a demonstration against "sectarian organizations" in occupied Donetsk on January 29th. It was noted that the participants of the meeting would act "against the influence of sectarian organizations on the population by distribution and imposition of extremist ideas". "As part of the protest residents of the republic called to stop inciting inter-confessional conflict", - said the statement.

At the same time, the so-called "deputy of the People's Council", the head of the Young Republic NGO Sergei Kondrykinsky stated that the "DPR" conducted its own investigation and found out that "the CIA is sponsoring the Greek Catholics". 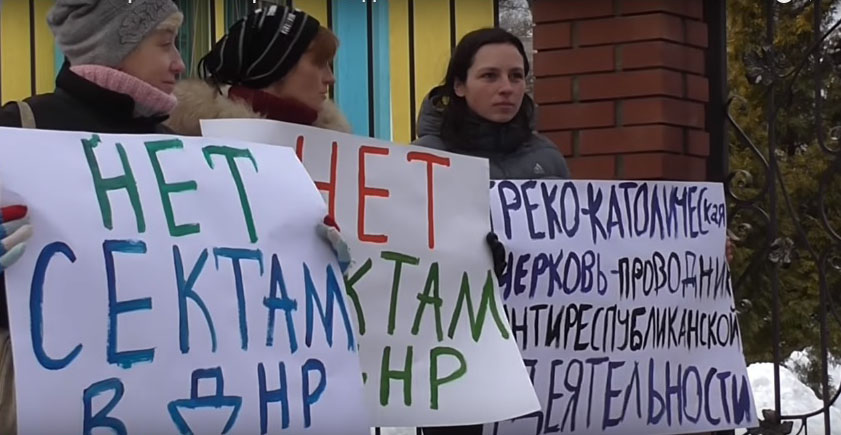