It is worth noting that his appeal to Putin began with congratulations on "yet another re-election to the post of President of the Russian Federation".

"Dear Mr. Putin, your further support of the unrecognized "DNR" and "LNR" does not deter ethnic cleansing, but on the contrary only exacerbates the situation in the Donbass, destroys its industry and negatively affects the mass migration of the local population. I ask you to facilitate the prompt transfer of the disputed territories of the CDDLO to the control of international peacekeeping forces for holding elections and for further reintegration into Ukraine", - the ex-MP wrote.

He also stressed that he referred to the Russian-Ukrainian border as well, "in order to remove all accusations of arms supplies and penetration of militants from the territory of the Russian Federation into the territory of the Donbass". "In the end, if you admit that the Donbass is Ukraine, it will be logical to control the joint border with representatives of official authorities, as it happens on other sites, for example between Kharkiv and Belgorod regions", - Levchenko said.

In his opinion, the return of Donetsk and Luhansk to the legal field will provide an opportunity to resume mutually beneficial economic cooperation between Ukraine and Russia.

"Frozen conflict and the emergence of new unrecognized republics in the post-Soviet space will strengthen the power of national radicals in Kyiv and turn Ukraine away from Russia for good", - Levchenko is convinced.

Levchenko concluded his "open letter" with Putin’s quote: "Anyone who doesn't regret the collapse of the Soviet Union has no heart. Anyone who wants it restored has no brains".

"We are all convinced that you have a warm heart, now we hope for your cold calculus", - the ex-MP wrote.

The former secretary of the Donetsk city council, ex-deputy of the Verkhovna Rada from the Party of Regions is known for his anti-Ukrainian position. He actively backed the idea that the Ukrainian national idea is fascism and fueled the conflict in the Donbass. It was he who brought "People's Governor" Pavel Gubarev to the Donetsk City Council, who then announced the beginning of the separatist riot in the Donetsk oblast. 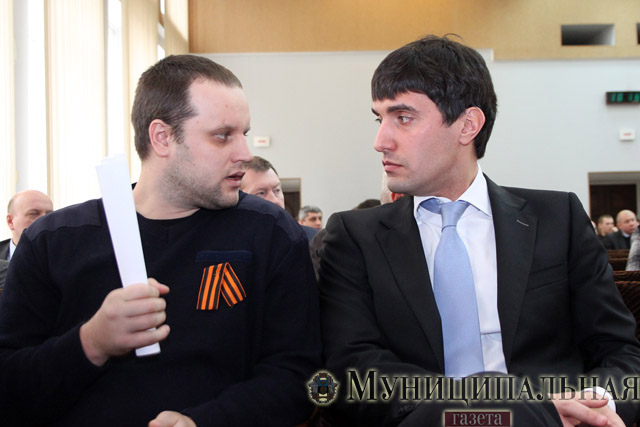