A photo, depicting a Ukrainian soldier near Mariupol got the TOP-25 photos of 2017 according to the British newspaper The Guardian.

“On October 16, I took this photograph at a Ukrainian army position for the EPA news agency. He’s an officer doing exercises using 120mm mortar shells; there’s lots of this kind of improvised gym at the front. I lived in Donetsk until the war started”, - wrote author of the photo Serhiy Vahanov, who lives in Mariupol since the beginning of the war. 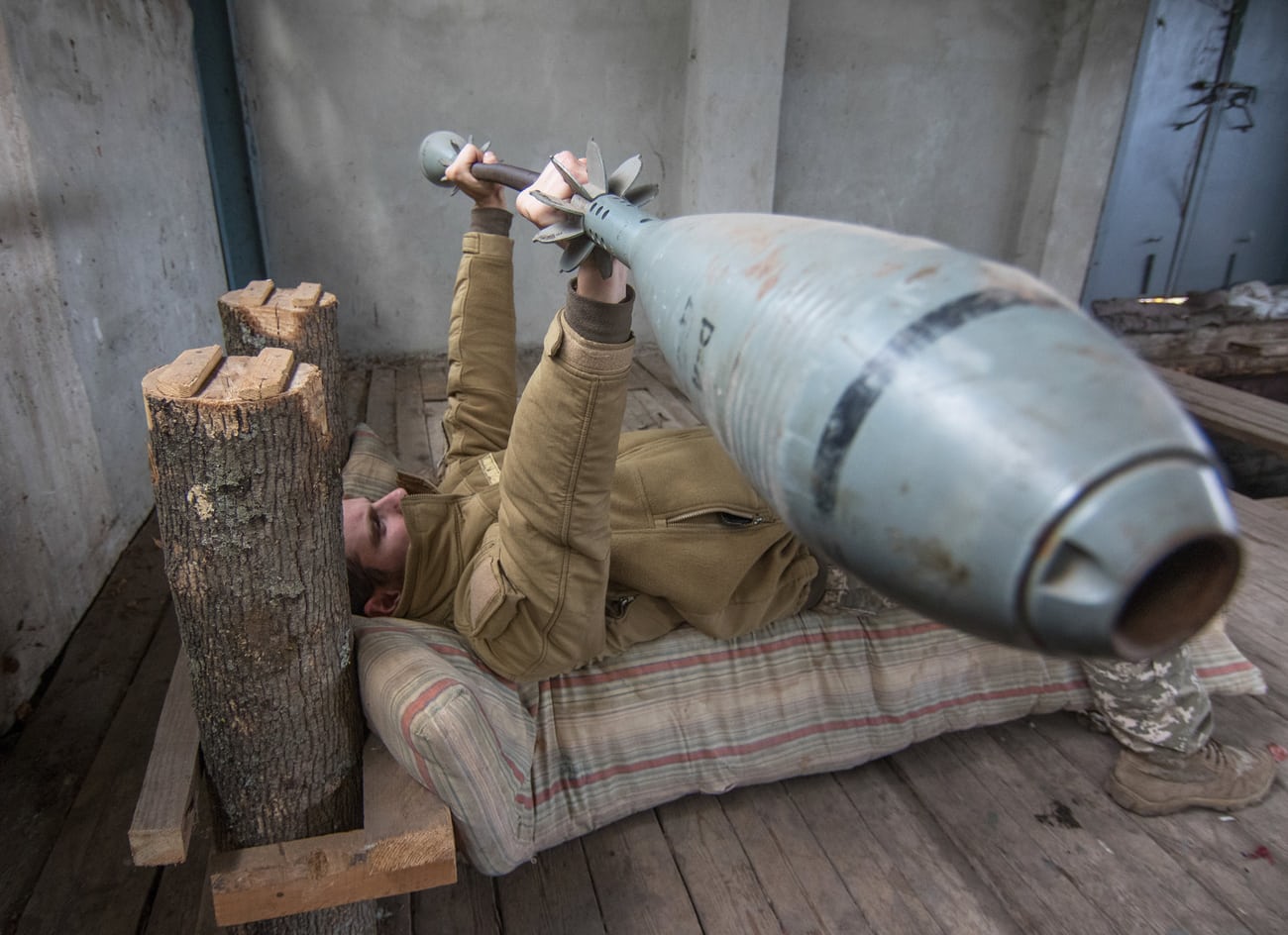