The Security Service of Ukraine forcibly expelled the journalist of the Russian NTV television channel Vyacheslav Nemyshev, who was detained in Kyiv on October 4. This is reported by the SBU press center.

“Russian citizen Nemyshev had been detained by police for a criminal offense and was brought to the district department (of police)”, - the report said. Accreditation from the so-called “DNR” was found on the reporter, which is why the officers of the Security Service of Ukraine were invited to question Nemyshev.

"SBU has established that Nemyshev "worked" on temporarily occupied territory of Ukraine from the spring of 2016 until autumn of 2017. He prepared a number of false anti-Ukrainian materials for the media at the request of Russian managers and in the interests of the top militants to justify and popularize their unlawful activities in information space", - the message says.

The SBU notes that "because of the activities that harm Ukraine's national interests, Nemyshev was forcibly returned to the Russian Federation at 4 a.m. after the relevant procedural actions on October 5". The propagandist is banned from entering Ukraine for three years", - the press center notes.

According to the agreements reached and to prevent artificial accusations of the Russian Federation in pseudo-distortions of Russian journalists, the Security Council of Ukraine informed representatives of international and domestic public associations working in the field of protecting freedom of speech about this fact.

As previously reported, on October 4, a correspondent of the TV program "Central Television" of the Russian NTV television channel, Vyacheslav Nemyshev, was detained in Kyiv for committing a criminal offense. 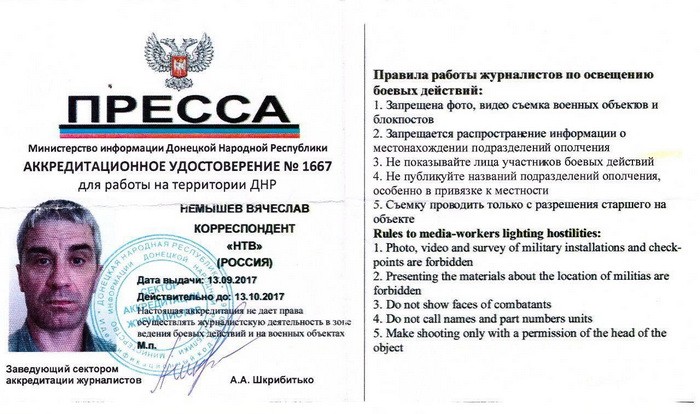 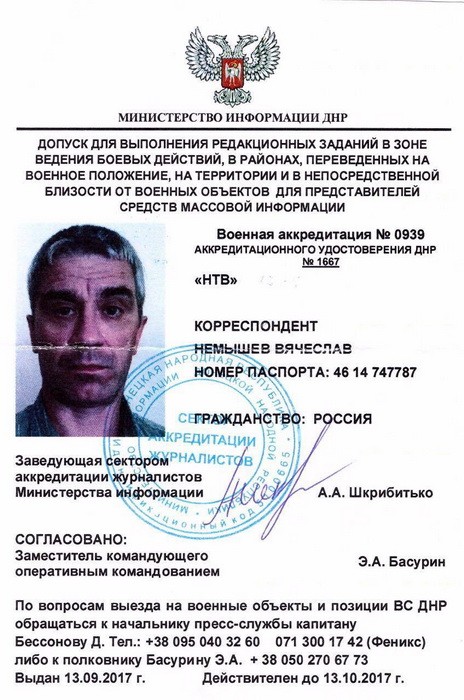