"As a result of artillery shelling by the illegal armed formations in May 2017, heavy damage was caused to social infrastructure facilities and numerous apartment buildings, including a five-story apartment building on Tolstoho Street in Krasnohorivka of Marinka district", - the report said.

On the instructions of the head of Donetsk Regional State Administration, the rescuers are carrying out repair works in Krasnohorivka from September 27 in order to minimize the consequences of artillery shelling and restore normal living conditions of the population.

In particular, on September 28, experts of the special purpose rescue party were involved in repair works in a five-story house on Tolstoho Street. The rescuers dismantled 10 square meters of brickwork, 5 reinforced concrete slabs with a total weight of 15 tons, 2 window bolts and 2 balcony bolts. 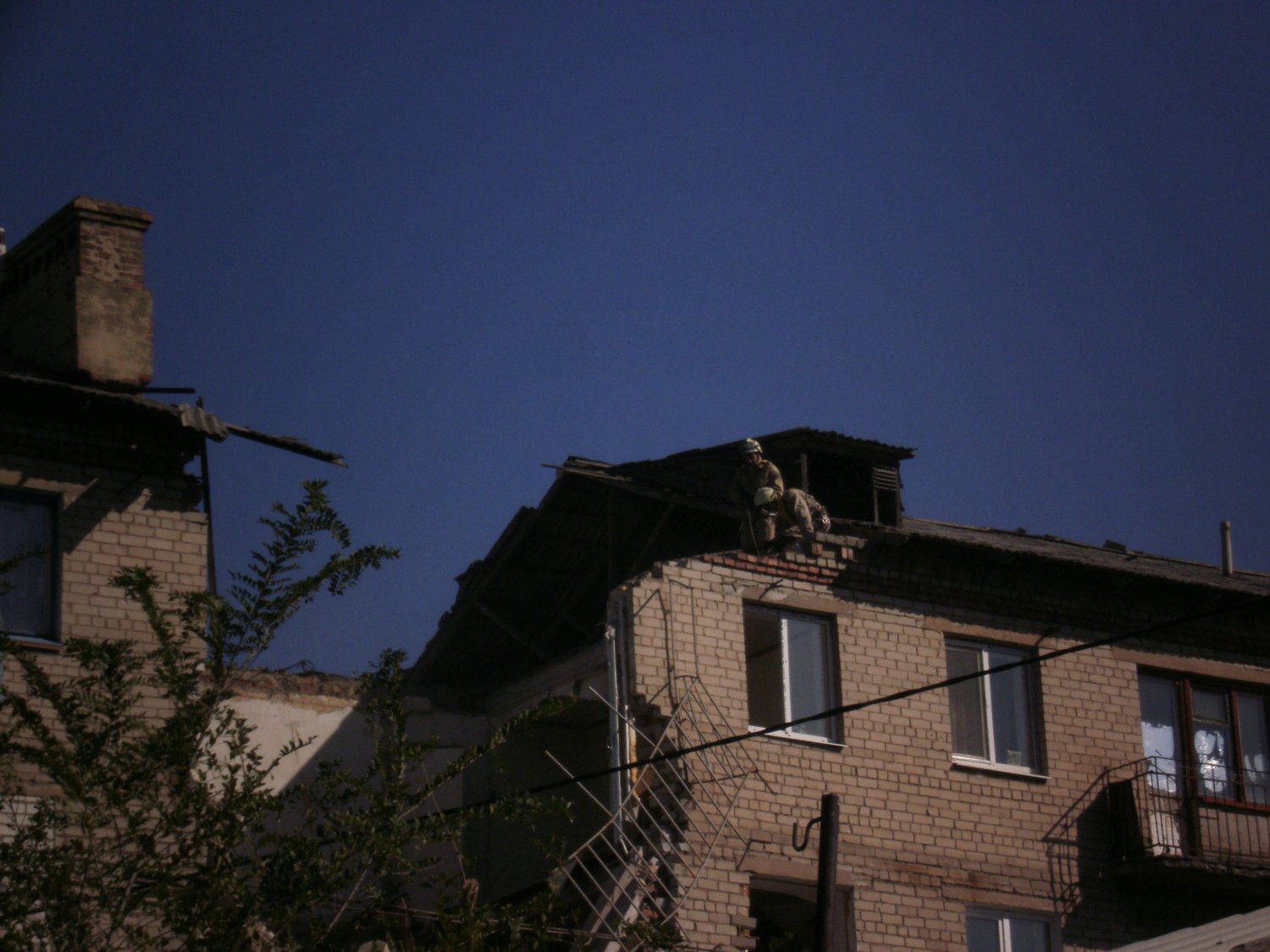 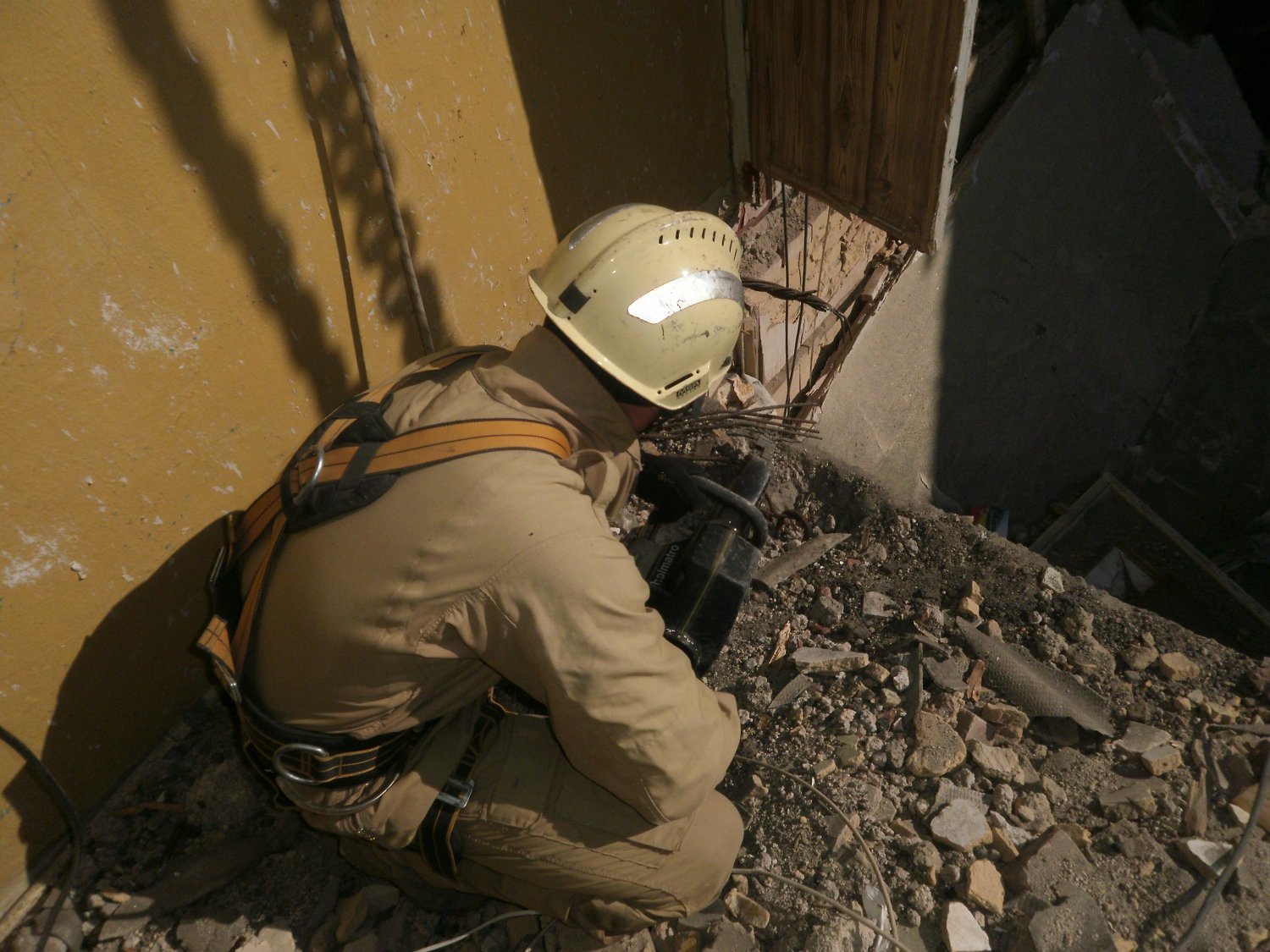 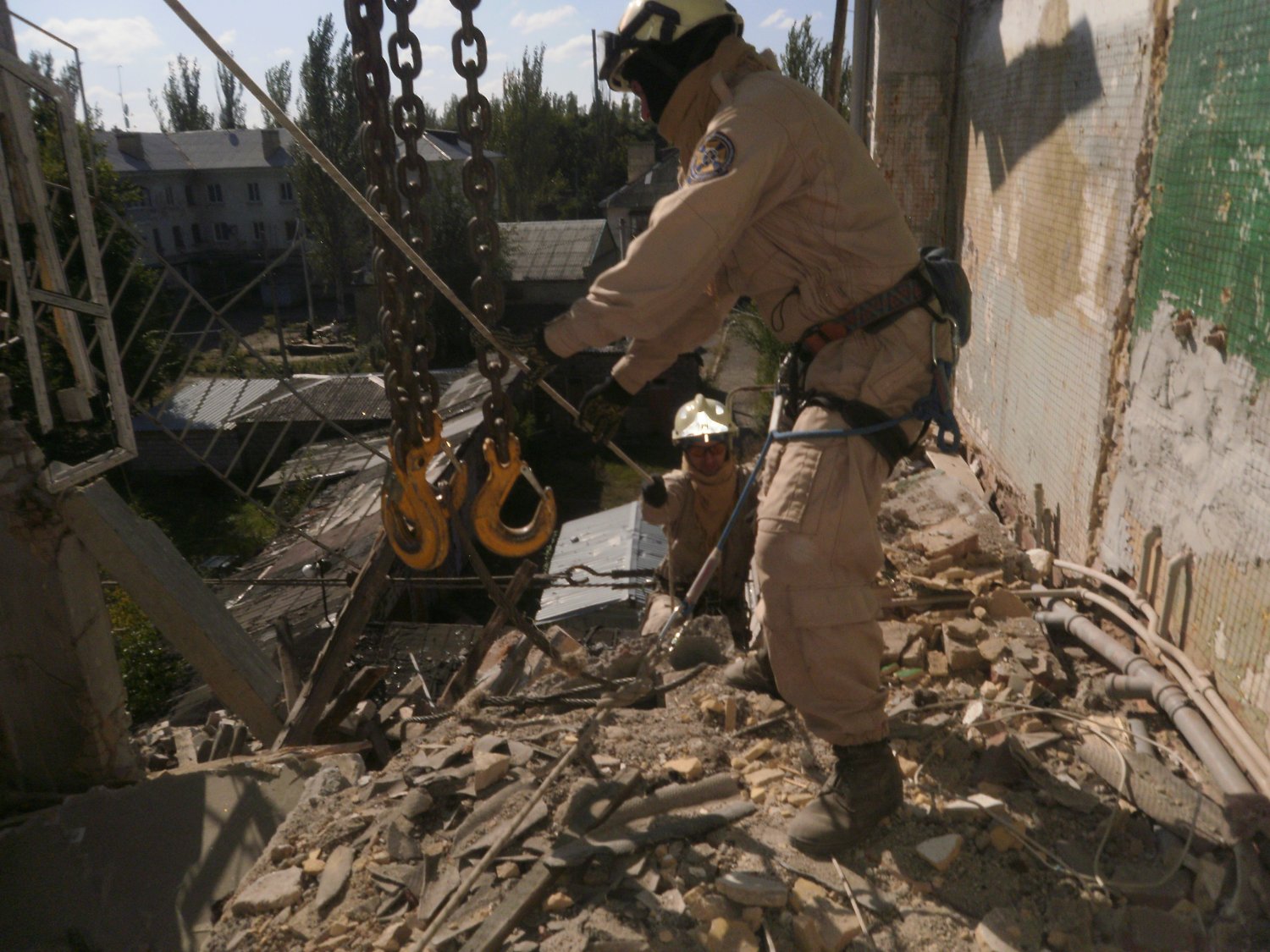