A strong explosion occurred in the center of Luhansk on the evening of September 18. This is reported by the Russian Interfax and Luhansk separatist agency LIC.

According to the report, the explosion occurred next to the Luhansk Drama Theater. As a result of the detonation of the "monument to the paratroopers", the combat vehicle mounted on the pedestal was destroyed and caught fire. There are no victims.

Militants said that they suspect "members of the Ukrainian sabotage and reconnaissance group" of undermining the monument.

"At the site of the terrorist attack, in which the Ukrainian sabotage group is reasonably suspected, an operational groups of the Ministry of Internal Affairs, the Ministry of State Security and the Prosecutor General's Office are working", - the militants reported.

The monument to the so-called "LNR paratroopers" was opened on August 2, 2015 in Oboronnaya Street in Luhansk "on the 85th anniversary of the creation of the Airborne Forces".

The source of Interfax said that the explosion of the monument is "another proof of the incompetence of Kyiv and an attempt to intimidate residents, destabilize the situation in the republic, create a sense of insecurity". 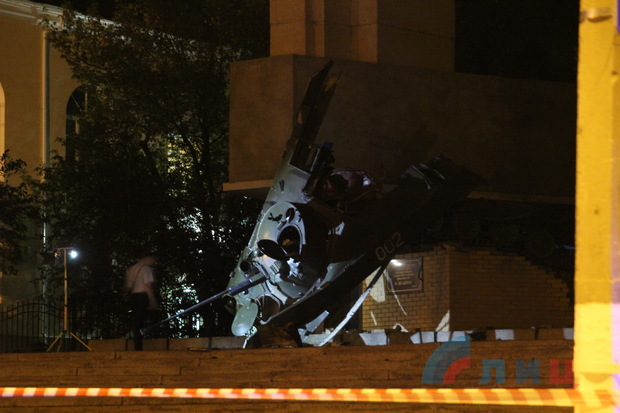 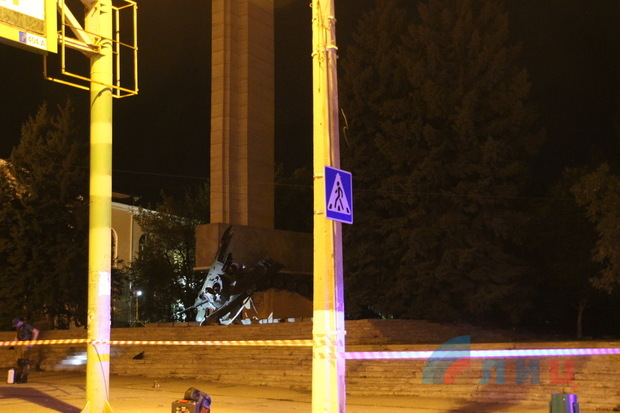 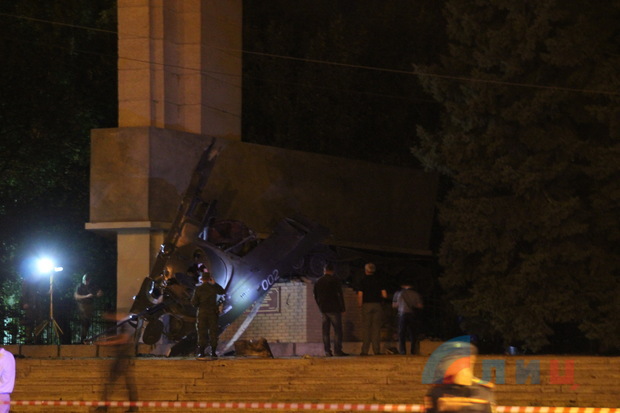 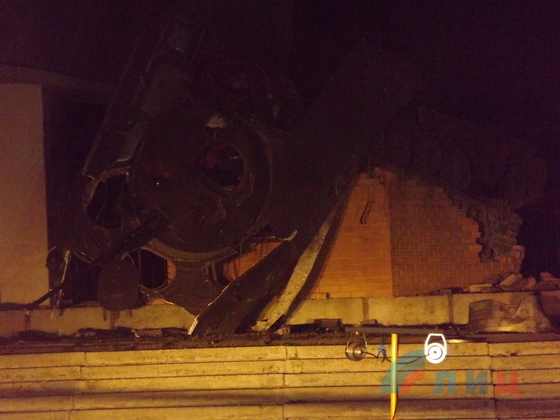