Donetsk oblast military-civil administration decided to celebrate Europe Day with dressing up the mayors of the towns of the oblast. This is evidenced by the telephone message received by the mayors, - Depo.Donbass reports.

The message, signed by the deputy head of the Donetsk oblast military-civil administration Ihor Stokoz, asks heads of towns and districts to represent the countries of the European Union at a celebration on the central square of Kramatorsk on May 9 this year.

In this case, each mayor should be dressed in the national costume of the country, which he or she represents. For example, the mayor of Kramatorsk Andriy Pankov got a Czech costume, Mariupol mayor Vadym Boichenko will represent Slovenia, the head of Bakhmut Oleksiy Reva will become a Lithuanian, and Slavyansk mayor Vadym Lyah should be dressed up as a Scott.

The mayor of Slavyansk posted a photoshopped image of him his deputy wearing Scottish kilts. "I like people who have a good sense of humor. I see that such people work in the oblast department of culture. According to their version, on May 9, the mayor of Slavyansk should look like this in the framework of the celebration of Europe Day. P.S. I have other plans on May 9 and I will celebrate the Victory Day over Nazism", - Lyah wrote. 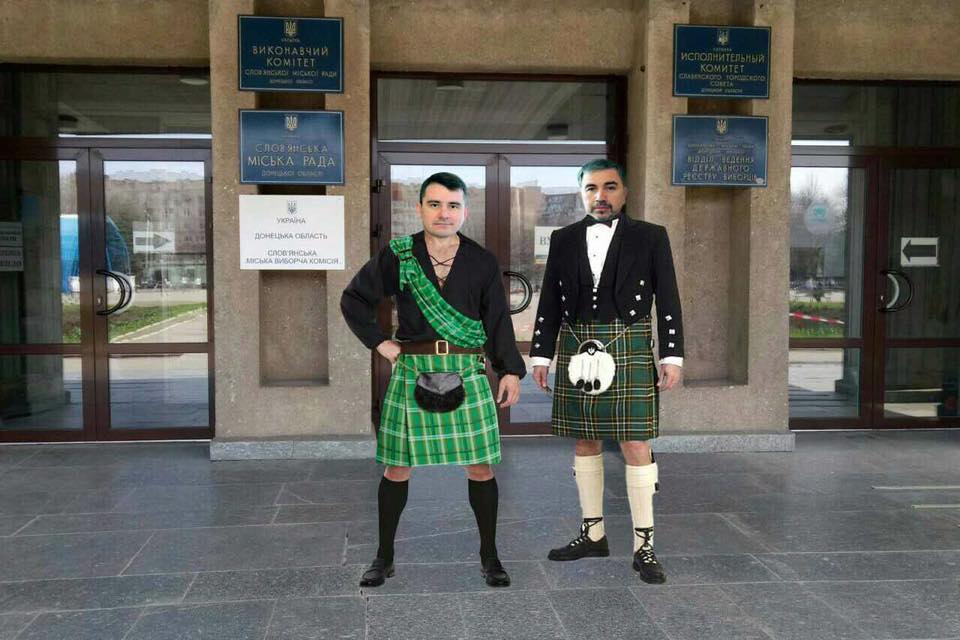