Ukrainian products which are the part of food packages formed by the Humanitarian Staff of Akhmetov went "on the small and medium-sized wholesale" on the popular website OLX. This was written by the Typical Donetsk public on Facebook.

"Meanwhile, products from Akhmetov sets are already on OLX. "Small and medium-sized wholesale", - says a caption. Some of them have traces from labels which warned that the products are not for sale.

The photos were placed in the chronicle of the Director of Public Relations and Communications of SCM Natalya Yemchenko. "It is really similar to ours", - she commented.

The seller is some Denis from Donetsk.

Even baby food from humanitarian kits could also be found earlier on OLX. But then it was a question of units: someone's children do not eat such food, someone else's it was not enough, so there were such small-scale operations. And now we are talking about the "wholesale".

The militants have blocked the distribution center of the Donbass Arena Staff in the occupied Donetsk on February 28 and left hundreds of thousands of residents of the Donbass with no survival food kits. 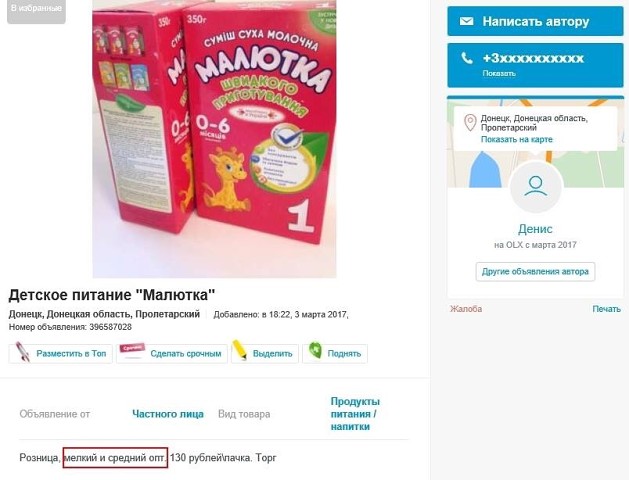 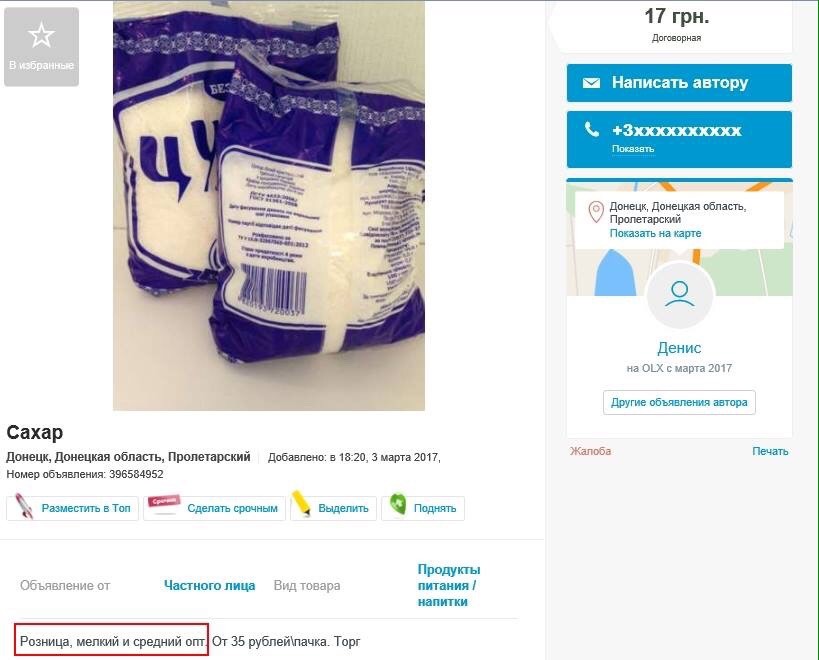 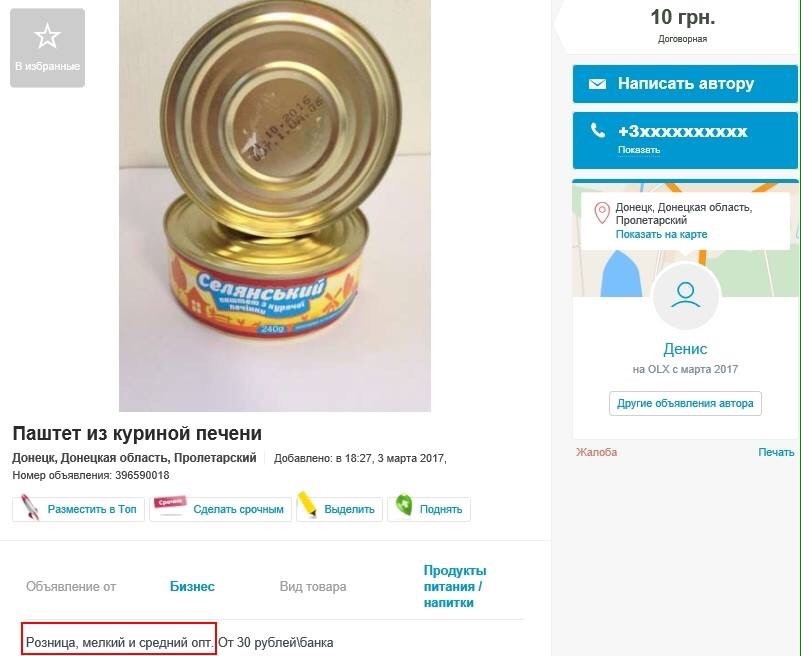