School in Krasnogorovka got fired by militants, - reports communication department of the MD NP in Donetsk region.

Territory of the school №1 has direct hits. A school employee reported Marinka police about damage today at 11.40.

The school is located on the outskirts of the city in Solnechnoye neighborhood that suffered from attacks most. The school was constantly exposed to destruction because of militants’ attacks, so it is closed for the second year and pupils go to school №5.

School caretaker who looks after the building noticed the consequences of yesterday's shelling from the occupied territory. Direct hit damaged the foundation.

A group of Marinka police went there to document the consequences of terrorist crimes. 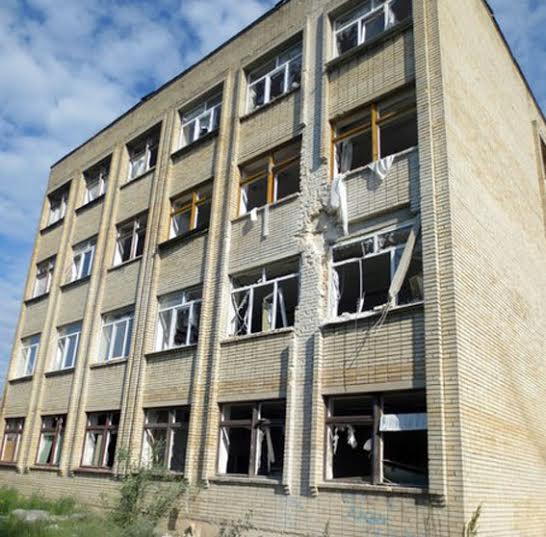