Counterfeit products (fake products under well-known trademarks) were produced at the Khamadey tobacco company in Donetsk long before the war.

The SBU officers came to search the production site and warehouses of Khamadey in the framework of the investigation of criminal cases on cigarette smuggling into the EU back in 2005 and 2009.

The interest in activities of the Donetsk tobacco factory among the security forces disappeared after V.Yanukovych came to power. But the illegal supplies themselves continued.

The real flourishing of this business began after the Russian Spring in the Ukrainian Donbas and the transformation of CADLO into a "grey" economic zone. Moreover, in addition to the direct smuggling of cigarettes from CADLO to the EU, the authorities of the "republics" also profited from the machinations of Russians with the officially Ukrainian status of the territory of CADLO controlled by them.

For example, Russia used the "grey" territory as a white washing for "shady" Russian-made cigarettes produced at the Donskoy Tabak factory (Rostov-on-Don). According to the documents, they were sent for export to the EU, allegedly through Ukraine… That is on paper, cigarettes were imported to Ukraine ("DNR") without paying excise taxes. Then the same cigarettes were sold in Russia - that is, they saved on excise tax.

The scheme stopped working in 2016 after the purchase of the Russian Dontabak by the Japan Tabacco International Corporation. The machinations with Russian smuggling stopped. Its own illegal production came out on top in CADLO.

Its largest representatives in the "DNR" are the aforementioned Khamadey and Donetsk Tobacco Factory LLC. It is located in the city of Debaltseve on the territory of the non-operating Debaltseve Metallurgical Engineering Plant (DMEP).

It is known that some Chinese businessmen were going to launch cigarette production there even before the war. They managed to bring the necessary equipment to the DMEP, and then the war began.

As a result, the Chinese had to give up everything, and their "legacy" went to the local criminal leaders. The Lugansk Tobacco Factory (LTF) LLC has been added to these enterprises since January 2018.

It was opened in the warehouses of the Arda-Don company, which was selling cigarettes in the Luhansk oblast before the war.

According to representatives of the "LNR", a certain "businessman from the near abroad" was the investor of the project. The declared capacity of the LTF is 73 million pcs a year.

Representatives of the "LNR" "authorities" stated that new equipment for the tobacco factory had been brought to Luhansk, but the photo clearly shows that the installed machines are definitely second-hand. 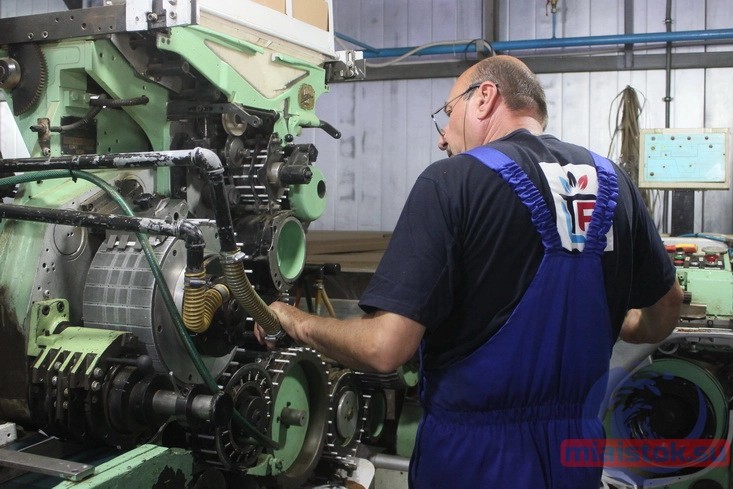 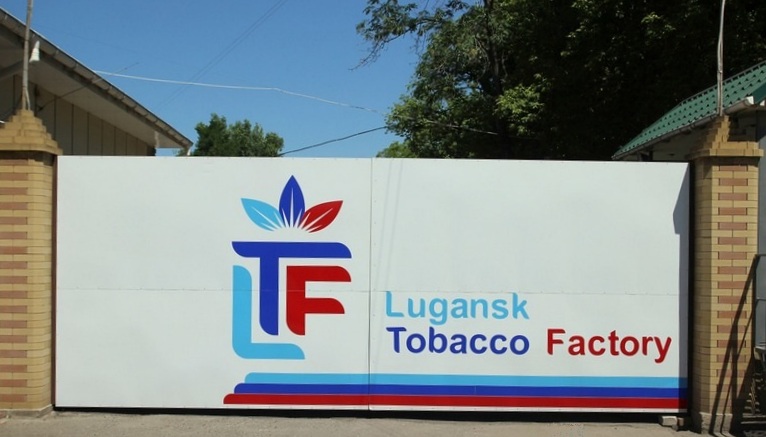 Along with that, there are also several smaller jury-rigged producers.

In 2018, the Ukrtabak Association estimated the total capacity of equipment on the territory of CADLO at 4 billion pcs a year, with reference to its own data. But the load it works with is unknown.

The role of tobacco industry in the economy of the uncontrolled territories can be judged by the 2017 customs data, which were previously published in the media.

According to them, the official import of cigarettes from the Russian Federation amounted to $70 million in monetary terms. Whereas the import of coking coal accounted for only $30 million.

Naturally, such smuggling could not take place without the backing of someone powerful in Kyiv. Because such cigarettes need to go through at least two border controls in order to enter the EU: at the contact line and at the state border…

According to the research carried out by the Kantar TNS and KPMG companies, a pack of illegal cigarettes from Ukraine (i.e., manufactured in CADLO) costs €0.85 when smuggled into the EU at the border. After moving to Poland, this is already €3.26, to the Czech Republic - €3.48, to Hungary - €3.46. Here part of the cigarettes ends up in local markets, the rest of the goods go to Western Europe.

That is, the profit of the illegal producers is less than that voiced by H.Tuka, but not much.

All roads lead to… CADLO

The fact that CADLO is the very center of the illegal production of cigarettes can be judged according to the rule of geographical distribution.

According to the Ukrtabak Association, 47% of all illegal cigarette sales in Ukraine are in the Kharkiv, Dnipropetrovsk and Zaporizhzhia oblasts bordering on the Donbas.

The situation on the other side of the border is also indicative. According to Russian sources, illegal products in the Rostov oblast account for 44% of the tobacco market, while the average for the Russian Federation is 17%.

It is hardly by chance that the region adjacent to CADLO with a "semitransparent" border uncontrolled by the official Ukrainian authorities is the leader.

However, a significant part of the cigarettes produced in the "DNR"-"LNR" is intended for "distant" export. The central focus is on counterfeiting famous brands. 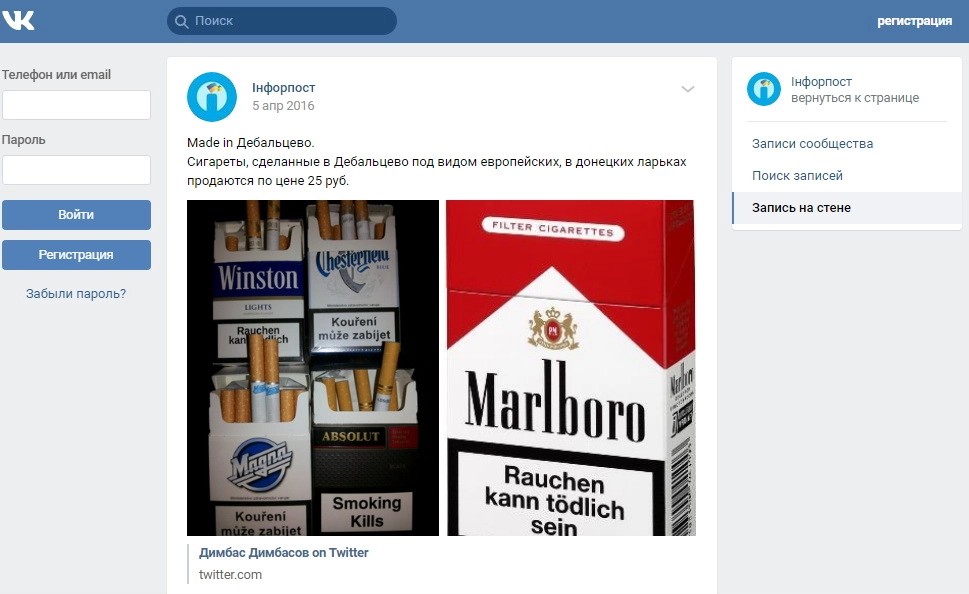 There are at least two known cases when Khamadey gave itself away in the production of cigarettes intended for the Czech Republic: in packs with inscriptions in Czech and with the indication of the Philip Morris factory in the city of Kutná Hora as the manufacturer.

Czech media reported in 2017 that such Bond cigarettes were sold in Donetsk.

Earlier, in 2016, the State Border Guard Service of Ukraine reported about the detention in Artemivsk of 100 boxes of LM, MAS, NZ and Winston cigarettes delivered from Donetsk without excise stamps with inscriptions in Czech. 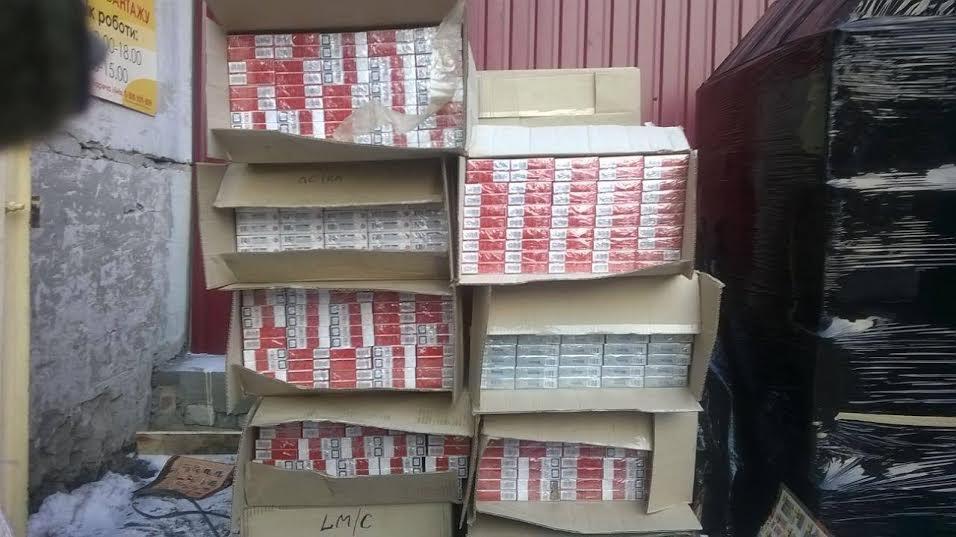 Less "promoted" brands are also used, primarily at the Lugansk Tobacco Factory. There cigarettes are packed in packs of Mond, Regina and M1.

M1 is produced by Al Matuco Tobacco from the UAE and Mond - by Gulbahar Tobacco International, also from the UAE. The Regina trademark is owned by Global Tobac Co. Ltd, registered in Hong Kong.

All of them categorically reject cooperation with the LTF and transfer of the right to use their trademarks to it.

However, jury-rigged brands are also well suited for the Ukrainian and Russian markets - mainly due to the low price.

However, the quality of these cigarettes corresponds to the price.

But since the solvency of the population in Ukraine and especially in CADLO leaves much to be desired - illegal tobacco producers do not complain about problems with sales.

Despite the blockade by official Kyiv of the trade with CADLO, the same Khamadey is ready to supply its products to small-scale wholesale buyers in Kharkiv, Kyiv, Dnipro, Odesa, Mykolaiv, Lviv and Zaporizhzhia.

Raw materials freely enter the "DNR" - "LNR" in the same way. According to Russian sources, tobacco leaves from Arab countries are illegally imported through Abkhazia - a similarly unrecognized separatist enclave.

Furthermore, there are cases of direct deliveries through Novorossiysk, Novoazovsk and even through Mariupol - that is, from the territory controlled by the official Ukrainian authorities.

However, there are reports of intercepted consignments of tobacco smuggling on both sides of the contact line from time to time.

This year, the largest "catch" was in February, when law enforcers seized 750 thousand packs of the Khamadey cigarettes worth $713 thousand. 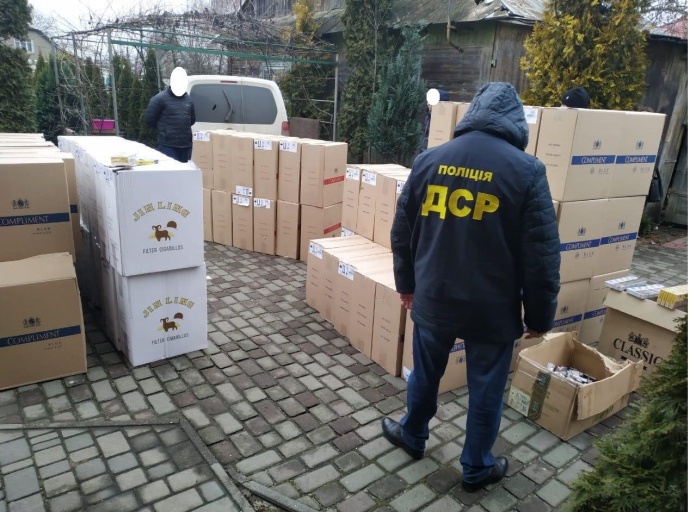 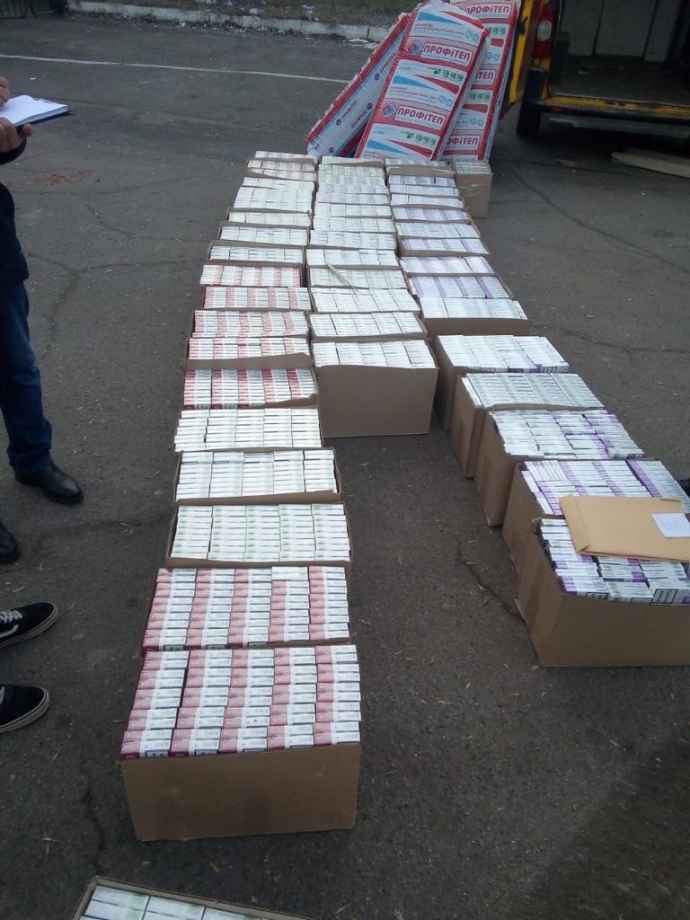 According to the Office of the Prosecutor General, this scheme worked with the participation of "unidentified servicemen of the AFU". But this "catch" is far from the record one recorded in July 2017.

At that time, border guards in the Black Sea stopped an allegedly empty barge, which was heading to one of the ports of the Mykolaiv oblast for loading grain according to documents.

2 million packs of Donetsk cigarettes without excise stamp were found on the barge.

On the other side, the so-called "Organized Crime Control Bureau of the DNR" reported the arrest of two groups of smugglers in Novoazovsk and Amvrosiivka in September of this year, from whom 112 and 60 boxes of cigarettes were seized.

In turn, in October, the "LNR MIA" revealed 84 boxes of cigarettes in Krasnodon for worth $17 thousand.

Let us draw attention to the fact that all messages of the "law enforcement agencies" in CADLO concern the interception of tobacco contraband following in the Russian direction. It seems clear that it goes in the Ukrainian direction completely unhindered on their part.

Social networks claim that supplies to the Russian Federation are supervised, in particular, by head of the "Ministry of Emergency Situations of the DNR" Alexey Kostrubitskiy.

At the same time, the flow of tobacco smuggling from Ukraine to the EU is decreasing according to research data.

According to the KPMG estimates, it was 5.8 billion cigarettes in 2016, 4.2 billion pcs - in 2018 and 2.4 billion pcs in 2019. Moreover, these volumes include not only cigarettes from the "DNR"-"LNR", but also those in transit from Belarus and the Russian Federation.

This is probably due to the change of power in Ukraine that took place in the spring of 2019, after which the flow of smuggling to the EU was almost halved.

The drop in supplies to the European market significantly hits the tobacco producers from CADLO - since it is in the European direction that they receive the greatest profit from.

Shipments to the Ukrainian and Russian markets remain, but do not compensate for these losses.