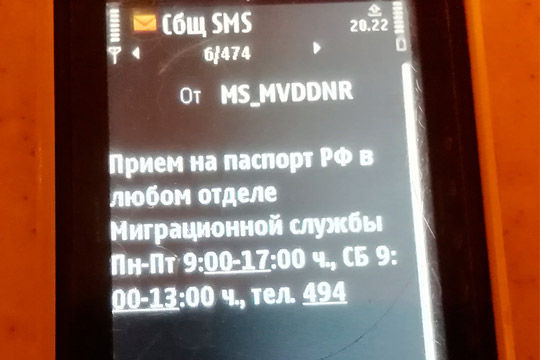 From mid-February to early March, the so-called governmental hour was held in the “people's council” of the Donetsk “republic”. Unrecognized ministers of the self-proclaimed state reported on the results of the work of bodies under their control over the past year.

It was the rarest case when economic and demographic indicators of the part of Donetsk oblast uncontrolled by the Ukrainian government got into public space. The “republic” does not publish its budget or almost any statistical data. Such a strict secrecy has a simple explanation: the lion's share of funds of the two pseudo-states in the east of Ukraine are Russian injections. Even a loyal Russian public is better off not knowing how much the next military adventure costs their country.

Waiting for the “premiere”

On March 1, among other things, the speech of “head of government” Alexander Ananchenko was planned - a person whom the public had not yet seen. Since he first came to a “public post” after the death of Alexander Zakharchenko in the fall of 2018, even the place for a photo in his profile on the “government” website is empty.

The communication between Ananchenko and the public has so far occurred only through the website, where holiday appeals on his behalf are regularly posted. His “official” biography is also missing. The recently appeared short profile on Wikipedia incorrectly states, in particular, the year of birth - 1967 instead of 1966. The first “decree” on the appointment of Ananchenko to the “government” named the new “vice-premier” Alexey and local “news agencies” and even the “government” portal originally called him by this very name…

Voting of the “people's council” for the appointment of Alexander Ananchenko as “prime minister” on the proposal of new conditional head of the “republic” Denis Pushilin was held without the hero of the occasion. It is not known whether he still spoke to the “deputies” on the first day of spring of this year, because no local media reported about this. Among the “ministerial” reports, neatly posted on the website of the “people's council”, one is missing - the report of the “premier”.

Nevertheless, you do not spend time in vain looking at what still saw the light. Moreover, some of the reports touched upon the activities of the mysterious structure, in the work of which Ananchenko is believed to have been implicated. It is referred to the manager of the largest enterprises of the two “republics” ZAO Vneshtorgservis, which the press is used to associate with exiled oligarch Serhiy Kurchenko from the entourage of ex-President Viktor Yanukovych. Allegedly, the current “prime minister” of the Donetsk “republic” worked in this structure as adviser to its head before joining high government post.

After the Ukrainian government forcedly supported the blockade of uncontrolled territories, Vneshtorgservice took Rinat Akhmetov's enterprises, IUD and a number of others under “external control”. With the mediation of South Ossetia, recognized by Russia, which serves as a trade and financial hub in the economic relations between the “republics” and the Russian Federation, the structure linked to Kurchenko supplies the Donetsk and Luhansk coal and metal to Russia.

Since 2017, the propaganda of the two “republics” has been working, among other things, to blacken the former owners of factories and mines and, in contrast, extol the imaginary advantages of “external control”. However, as follows from the scanty ministerial remarks, the reality is much darker. “In relations with contractors ZAO Vneshtorgservis and OOO Gaz-Alliance Company difficulties periodically appear related to their non-fulfillment of contractual obligations in terms of payment for the supplied coal products and transmitted electricity”, - the report of “Minister of Energy and Coal Industry” Ruslan Dubovskiy said.

As a result, debts accumulated in the coal and energy supplying enterprises of VTS in 2018, the “minister” stated. Nevertheless, according to the data of the same report, almost all the coal commodity products of the Donetsk “republic” are sold on the domestic market and in the Russian Federation. According to Dubovskiy, this is more than 5 million tons for $279 million.

But the actual omnipotence of Vneshtorgservis is not the only, in fact, hopeless situation, in which the prevailing circumstances drove Donetsk and Luhansk. As it turned out from another report, by the end of last year, a number of food products came under anti-Ukrainian sanctions from Russia, because officially, these territories are part of Ukraine, even for the Russian Federation. At the same time, food products in Donetsk are among the “main export items”. However, mainly metal and coal are exported from the “republic”.

As a result of war

Also, it became known from the published reports that in 2018, Russia for some reason stopped financing the restoration of destroyed housing and social facilities in the part of Ukraine's eastern part that was under its control. The reasons for this fact voiced by “Minister of Construction, Housing and Utilities” Sergey Naumets were not named, it was only stated that the relevant work in the “republic” in 2018 was not carried out due to the cessation of Russian funding. “As of today, there is no positive decision on the financing of these directions”, - he noted.

According to Naumets, “about 30 thousand objects” were destroyed, a third of them were restored. According to the “Minister”, this figure includes 1220 damaged apartment buildings, 1752 completely destroyed, 4616 dilapidated and 3336 partially destroyed private sector houses.

In addition, Naumets noted that the development of the industry under his control is constrained by a shortage of funds caused not only by the lack of Russian funding. According to his data, the “republic” sends $46.5 annually to compensate for the difference in utility tariffs.

In general, as follows from other “ministerial” reports, almost 87 percent of budget expenditures in the “republic” absorb salaries, pensions and social benefits. However, no one still called the total size of the budget and sources of its replenishment. But it became known that 674 thousand Donetsk pensioners cost the Russian budget in 2018 $596.9 million.

Thursday, January 23
We have already started a conversation with Russia on the exchange of Ukrainians, including Crimean Tatars - Zelensky
Israel surprised by Zelensky's refusal to participate in Holocaust Forum for the sake of "elderly Jews"
Cabinet of Minister announces population of Ukraine. Without residents of occupied territories
Zelensky gives places of Ukrainian delegation to Holocaust survivors at World Forum of its memory
Wednesday results in the occupied territories of Donbass. The highlights
Wednesday, January 22
Outflow of personnel and demotivation in army because of "just stop shooting" - volunteer
Most acute situation at front is near Zolote after withdrawal of troops - volunteer
Five years of shooting of trolleybus stop in Donetsk by "DNR" militants: occupiers put on a show (Photo)
Tuesday results in the occupied territories of Donbass. The highlights
Tuesday, January 21
"Rector" of fake "law academy of DNR" orders assassination of "Minister of Education" - social networks
Deputy commander of "DNR MIA" special forces killed in occupied Donetsk. VIP-militant shot dead at entrance hall
Monday results in the occupied territories of Donbass. The highlights
Monday, January 20
"DNR" states it will pass "laws" regardless of Minsk agreements
Russia is participant in Donbass conflict, not at all mediator in its resolution – Martin Sajdik
"We speak publicly". Russian deputy states that "DNR" and "LNR" are subjects of Russian Federation
All news »