"Despite the long-term adverse impact of hostilities on all aspects of both the environment and the local population, environmental protection nonetheless occupies the area of lowest priority in the course of military planning and action". This is how the analytical report of the Organization for Security and Cooperation in Europe (OSCE) "Environmental Assessment and Recovery Priorities for Eastern Ukraine" begins. And what most significant changes have already occurred in the natural environment of the Donetsk oblast in connection with the four-year hostilities and what will they lead to in the coming years from the point of view of local experts who have many years of professional experience in the field of ecology? FreeСХІД.ua project  asked state inspector for environmental protection of the Donetsk oblast Serhiy Bufistov, who has been working in the State Ecological Inspectorate since 1996, to answer that question. 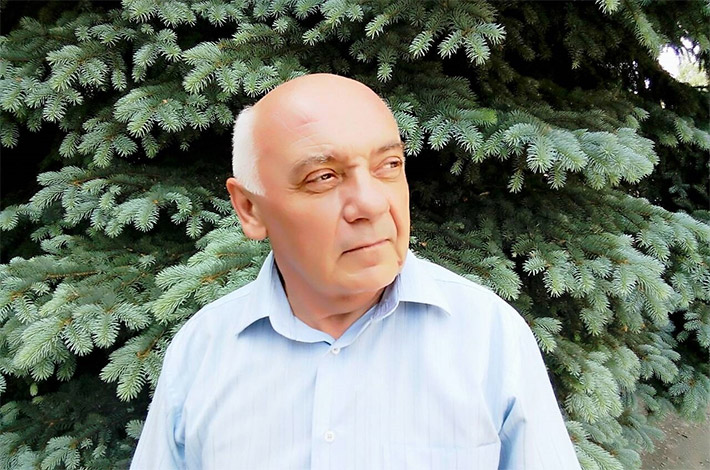 What is left on the uncontrolled territory of the Donetsk oblast, and do we know about its condition?

Three large metallurgical enterprises were left there, as well as four very large coking plants, two chemical plants: Stirol and Horlivsky Chemical Plant, which has always been a big problem, and lot of biological wastewater treatment plants, mines, other enterprises. It does not matter where exactly this or that object is located - it affects the quality of the environment in our region and in general in Ukraine in a complex way.

In order to do something, you need to have truthful information. The information from the uncontrolled side is very contradictory. And we cannot call it reliable neither from a legal point of view, nor scientific. Now there is not and cannot be a formal exchange of authentic and truthful information. That's the problem. Therefore, we have no influence on what is being done there, on the other side.

What is the danger in the settling ditches on the contact line?

There are still such problems arising on the line of demarcation. Unfortunately, due to hostilities, our influence can be very limited. For example, such an enterprise as CJSC Bakhmutsky Agrarian Union has a treatment plant. This is a production with large number of pigs, and, of course, with a lot of liquid waste. And these settling ditches are not just in the "gray zone", they are right on the line of contact. If something happens there, liquid waste will get into the Kodemka River. And it flows into the river Bakhmut, which is a tributary of the Siverskyi Donets. Therefore, pig waste can get to the main source of drinking water in the Donbass. One should only hope that everyone will have enough common sense not to shell the plant.

Marshes and salt marshes are a forecast for the future of the area, where pumping of mine waters is stopped.

There is still such a huge problem, which is connected with water supply and other issues. According to our information, militants started closing mines on the uncontrolled territory, and, first of all, they stop mine drainage. According to geologists, on the territory of the Horlivka-Yenakieve, Donetsk-Makiivka, Torez-Snizhne coal-mining districts, conditions may arise when the pumping of mine water will become impossible. Due to the hydraulic connection between the mines, those that continue to operate will not be able to receive additional volumes of water from the mines that are being flooded. It means they will be flooded too, and will have to stop work.

Mine water is extremely high-mineralized. When filling the voids, raising up, this water will still find some way out, right? And while it will raise, it will reach those aquifers which supply wells and so on. And the water from these drinking horizons, mixed with the mine water, will become undrinkable and, perhaps, unfit for economic use. Having already reached the surface, the water will flow somewhere, right? And this will lead to flooding of quite large areas. According to geologists, with the simultaneous flooding of all mines in the Central Coal Industry Area – it is the Horlivka-Yenakiieve industrial hub – the flooded areas will double and will cover 65% of the region's area. What does it mean? First of all, this is a significant deterioration in the quality of water in aquifers, which will make it undrinkable. The second: flooding is a bog. This will lead to the destruction of facilities and infrastructure. And the third: the water is high-mineralized, even if we will remove it – well, someday! – and drain it all, we will get just alkali soils, where nothing will ever grow for many more years.

I cannot voice the time [when the territories will be flooded], and it is unlikely that some expert will give exact figures. Forecasts can be made on the basis of comparison with some situations that have already been. That is, no one can tell you now that it [flooding of territories] will be in 10, 20 or 50 years, at what speed the water will rise, to what horizon… What this will lead to – one can only predict. But, you know, forecasts are such a thankless occupation.

Then how to prevent the development of negative scenarios in solving environmental problems of Donbass?

Of course, there is a question – how to prevent this. I will say: there are technologies, there is pumping and other means of conservation of mines. But, first of all, – all this is quite expensive, well, you know how much electricity costs now to make the pumps work. And, secondly, in order to do all this, it is necessary to stop the war. Otherwise, it is impossible to implement any reasonable and even financially supported plans.

The problem of stopping the work of mines exists, unfortunately, not only in the uncontrolled territory, but also in ours. In particular, there is such a mine No. 2 Novohrodivska of Ukrvuholrestructurizatsiya state-owned enterprise where the pumping of water was suspended at the end of last year. People who served this pumping were fired, and they not only stopped pumping water, but even removed the equipment. The fact is that this mine is connected with the Korotchenko mine in Selydove through underground water levels, where pumping of mine waters is also stopped. This mine No. 2 Novohrodivska is connected with the currently operating 1-3 Novohrodivska in the same way. And, considering that all these mines have a hydraulic connection [between each other], the complete stop of the pumping station at mine No. 2 Novohrodivska resulted in a significant inflow of water into the Korotchenko mine. And all this will lead to… I am not even talking about the emergency situation at the working mine and possible flooding of its entries, but all this inevitably leads to a flooding of part of Selydove city near the Solona River. If the water level raises further, then this is no longer a hypothesis, it will be for sure, and you do not need decades to consider the time of flooding of part of Selydove city. Here you can already say for sure that this is not 50 years, and not 30.

I tried to provide the correct and reliable information available to me about the state of environment in the Donetsk oblast, voiced only a part of the existing problems in order the region's population to be aware of these problems. Not to frighten someone or say – everything is fine. It is what it is! Furthermore, the solution of environmental issues in the Donbass depends on the active citizenship of those who live here and all those who care about the fate of the Donbass residents, as well as about what is called Donbass in general.