Tortures on the conscience of justice. How a mining town was given to the organized criminal gang
05/22/2020 16:35

Russian propaganda in the "DNR-LNR" is not limited to political fakes. The twisting of history, the accumulation of post-truth and colonial myths in terms of manipulating the consciousness of the occupied population are much more effective.

Thus, in a special project of a separatist publication, "The Historical Greatness of Donbass", propagandists declared the founder of Alchevsk city, Oleksiy Alchevsky, an imperial patriot.

Alchevsky's story is told alongside the stories of Artem-Sergeev, Voroshilov, Budyonny and, for example, industrialist Bosse, who, however, was a foreigner and that’s why was not subject to embezzlement.

But Alchevsky, apparently, seemed a promising figure for the historical equilibristics. After all, Russian Wikipedia confidently calls him a "Russian industrialist".

"A talented entrepreneur, who reached unprecedented heights and riches, could quietly live somewhere on the southern coast of France, but because of his convictions, decided to stay in his homeland. He did not imagine life and business without his native culture and people", - the separatist media described patriotism of Alchevsky.

The word "Ukraine" does not occur even once in the text, the biography is tied exclusively to the Russian Empire. But if you try, it is not difficult to find out what "culture and people" really meant a lot to Aleksey Alchevsky's, and what was his patriotism based on. No wonder that back in the end of 2014, the deceased "ataman" Mozgovoy was eager to return Alchevsk its old name - Kommunarsk - the founder of the city was an ardent Ukrainophile. 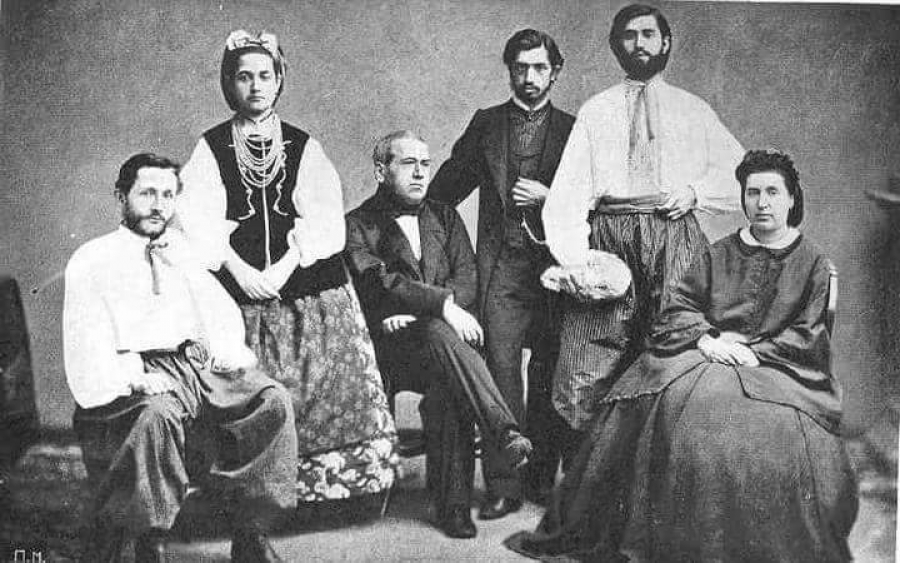 The scale of Alchevsky's activities really went beyond his native city Sumy, provincial Kharkiv and Donbass, which he tirelessly industrialized. His business interests extended to the whole empire, up to Ural. He really was the creator of the first Russian joint-stock mortgage bank in Kharkiv, and really was familiar with the ministers of the Russian Empire - otherwise he would not have become the founder of a huge financial and industrial group in the east of Ukraine, essentially developing without foreign investment. The establishment of the Donetsk-Yuryevsk Metallurgical Society in 1895 and the construction of plants that still operate (including Alchevsk Iron and Steel Works and Ilyich Iron and Steel Works in Mariupol) were really an apotheosis of his work.

But there are nuances.

"I married a real Ukrainian", - told about her husband Khrystyna Alchevska, the famous Ukrainian educator, teacher, writer who corresponded with Herzen under the pseudonym "Ukrainka". Her teaching methods for public schools were recognized at pedagogical exhibitions in Antwerp, Brussels, Chicago, Paris. She saw the way to people's freedom in Ukrainization of the youth, and she brought up six children in this spirit.

At the dawn of married life, the Alchevskys created "Hromada" coterie in Kharkiv. Its activities in creating people's schools, libraries and publishing Ukrainian books had repeatedly attracted the attention of police, who monitored the implementation of anti-Ukrainian imperial decrees.

As resources, Alchevsky attracted Ukrainian intellectual elite, which was also his warm circle. Thus, for example, Ivan Vernadsky, the father of founder of the Academy of Sciences of Ukraine Vladimir Vernadsky, became the author of the Charter of Alchevsky Bank. He was a Professor of Economics, an honorary member of the Central Statistical Committee in Brussels and an honorary member of the London Statistical Society.

In the separatist opus as a curtsey towards historical objectivity, it is mentioned among other things that Alchevsky was a patron of arts and "financed construction of the world's first monument to Taras Shevchenko as a private person". Clarification of a private person is not accidental - a monument of white Italian marble was installed in the times of the Ems Ukaz, that is why it did not appear in public space, which was simply impossible, but in the courtyard of private estate of the Alchevskys (the monument, of course, disappeared after the revolution).

The official version of Alchevsky's death in 1901 – he jumped in front of a train in Moscow when he received a refusal from Finance Minister Witte to issue bonds to survive the economic crisis. But there is another version, which is explained by the presence of direct beneficiary parties. Immediately after his death, Kharkiv Commercial Bank was declared bankrupt and closed, Alchevsky's industrial enterprises became state property, and the very first in Russia private mortgage Land Bank was handed over to Russian businessmen - Ryabushinsky brothers. Witte gave them credit, and the Moscow raiders gained fabulous wealth after the crisis.

Here, it is possible to talk about conspiracy or – about the fact that Oleksiy Alchevsky is buried not beyond the fence of cemetery, where the suicides are buried, but with full compliance with the Christian ritual. And it is also possible to remember the untimely decease of John Hughes - the founder of the Novorossiysk Society, who left for St. Petersburg early in the summer of 1889 to make new contracts.

Coincidence or not, but it was after the deaths of the main industrialists of Donbass that the proletariat was massively brought here from the Urals. And then, this process was successfully continued by the Soviet government. 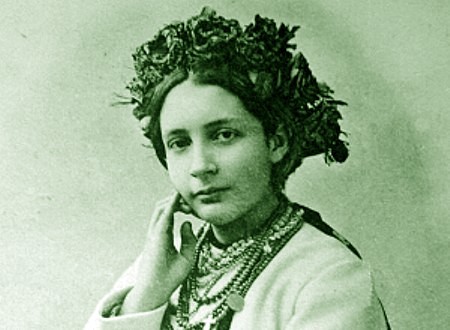 Khrystyna, the youngest daughter of Oleksiy Alchevsky is on this photo. And when the newly appeared historians with the Russian Wikipedia rush to replenish the iconostasis of patriots of the "Russian" Donbass the next time, let them first specify what language the hero of their next novel lived and talked.

Friday, June 05
Swift opening of checkpoints in Donetsk oblast should not be expected
"LNR" reports 429 cases of infection with COVID-19
Resident of Spain, who took off the Russian flag from the wall of her apartment, kidnapped in Donetsk
Plus 553. Almost 26 thousand cases of COVID-19 recorded in Ukraine
Thursday results in the occupied territories of Donbass. The highlights
Thursday, June 04
Ukraine is ready "for broad compromises" on Donbass and Crimea - Kuleba
Reznikov: there will be no "Advisory Council" with occupiers. "Forget and move on"
Plus 588. 25 411 cases of COVID-19 recorded in Ukraine
Wednesday results in the occupied territories of Donbass. The highlights
Pasechnik reduces mission capability of "LNR" armed gangs and orders to prepare for parade
Wednesday, June 03
"LNR" occupiers allow for to try 14-year-old teenagers for "terrorism"
Cabinet of Ministers allows restaurants to operate and religious events to be held
Spouses injured in explosion of two grenades in CADO
Occupation "court" arrests Ukrainian serviceman kidnapped in Crimea for a month
Kremlin is proud that parade of illegal armed formations will be held in occupied Donetsk
All news »