Leader of the "DPR" Alexander Zakharchenko banned Rinat Akhmetov, Boris Kolesnikov, Andrey Klyuyev and another 46 members of the Party of Regions - former officials and heads of Donetsk region "to enter and stay on the territory of the republic". It is stated by the "decree" which Zakharchenko signed on June 1st.

According to "decree" , Zakharchenko explained the ban "to enter and stay on the territory of the republic" by "protect of the interests" of the DPR, ensuring of the "DPR", as well as protection of the rights and freedoms of citizens of the "DPR". 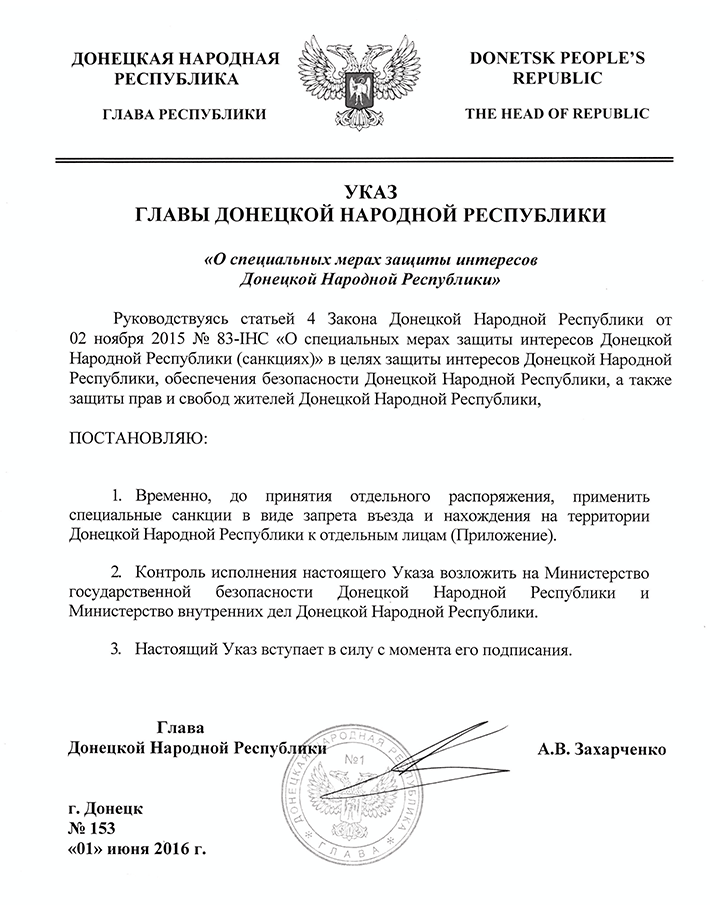