In occupied people Donetsk celebrated the second anniversary of the illegal "referendum" which gave grounds for terrorists to call themselves "Donetsk People's Republic" and started a bloody war in Donbass. 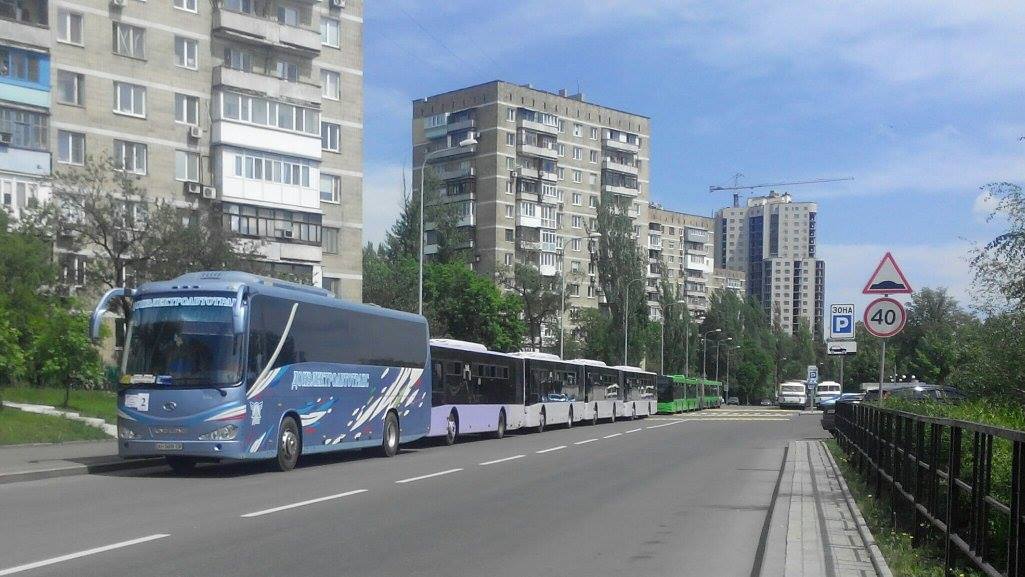 A column of people went along the main streets of Donbass, they were brought from occupied towns. Organizers called them "delegations from towns and districts." Such massive delivery of "delegations" was not observed even during the reign of Party of Region in Donetsk region.

Still, the number of participants of the "celebration" somewhat contrasted with the amount of buses involved in the "public festivities". 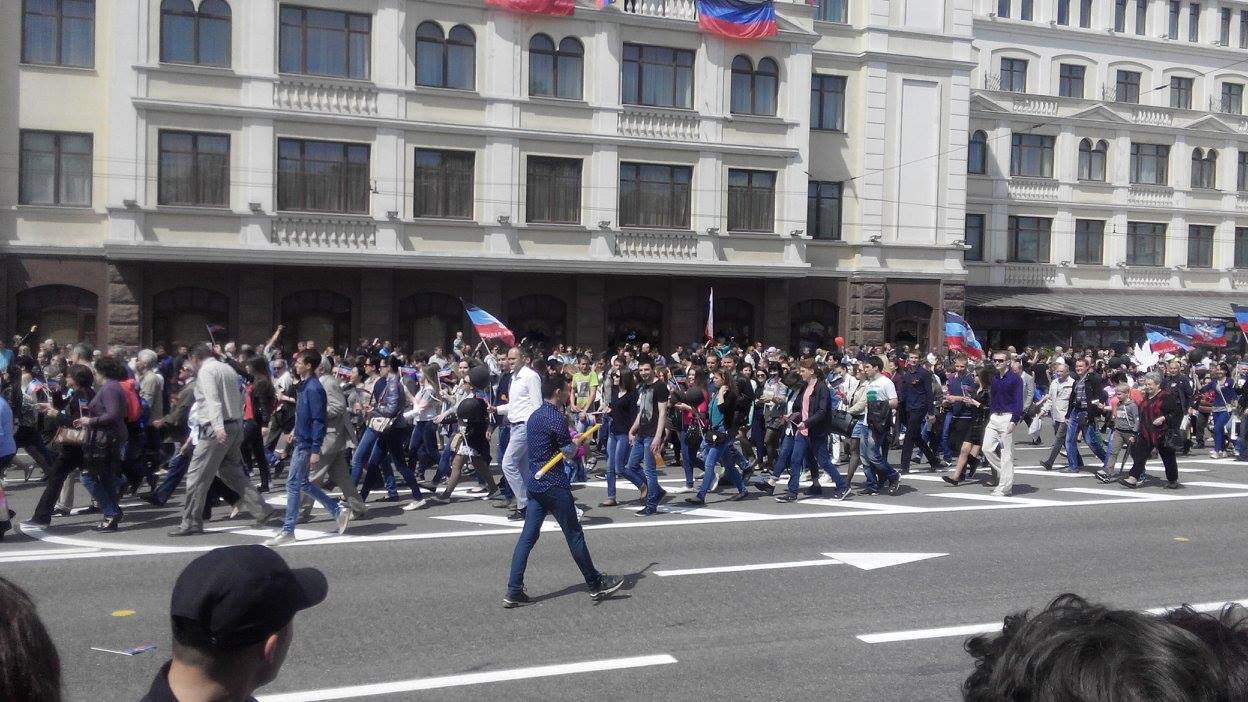 Flags with symbols of the fake "DPR" were handed out to all participants of the march. 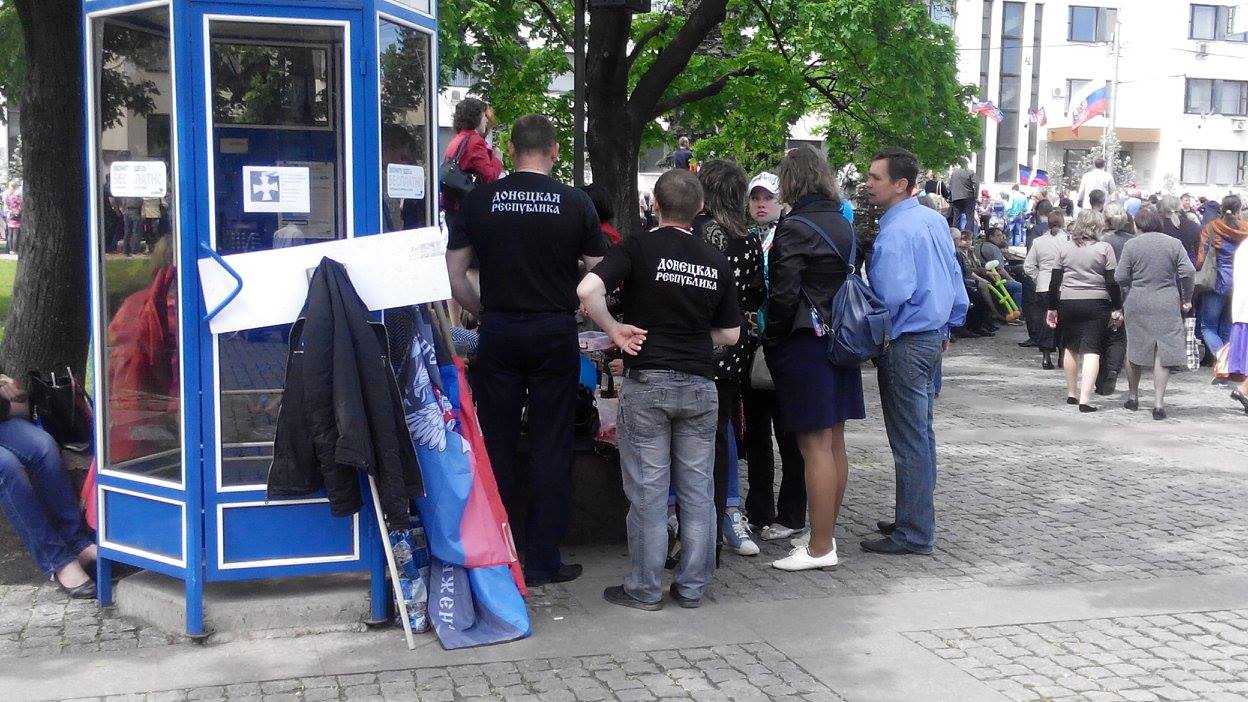 One hour later people began to leave en masse Lenin Square. Meanwhile, not far from the square men in tracksuits and uniform of Berkut Special Forces turned back those who tried to leave the event. At the same time, member of the "DPR" group Denis Pushilin started his speech in the square. 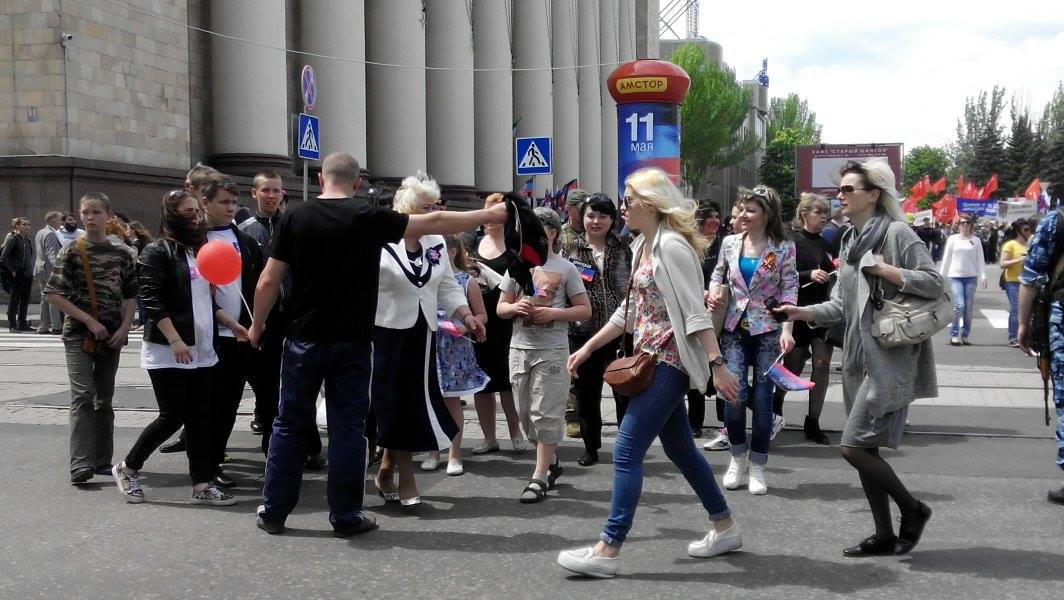 Head of the group Alexander Zakharchenko also made a speech at the meeting. Then the concert began and central streets of Donetsk got emptied very soon 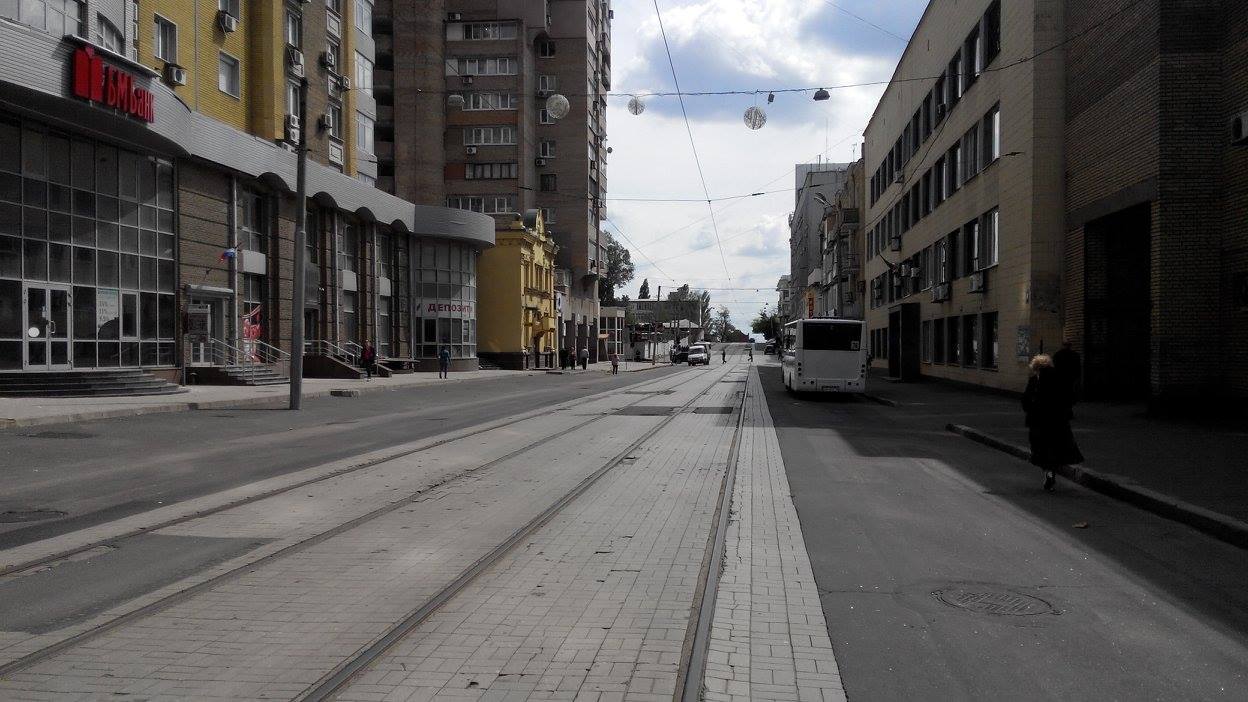