Soldiers of the AFU regained control over the settlement of Solodke in the Mariinsky district of the Donetsk oblast. This was reported by war correspondent Andriy Tsaplienko on July 5.

"The AFU have liberated a settlement near occupied Volnovakha. The liberation of the village of Solodke is also confirmed by ex-FSB Colonel Girkin", - Tsaplienko wrote.

In particular, russian saboteur and terrorist Igor Girkin writes on social networks that "after all, there were changes at the front" in the sector of the Donetsk Front in the Dokuchaievsk area.

He clarified: "The enemy managed to regain control over the village of Solodke. I will not write here about the reasons for the withdrawal of our troops". 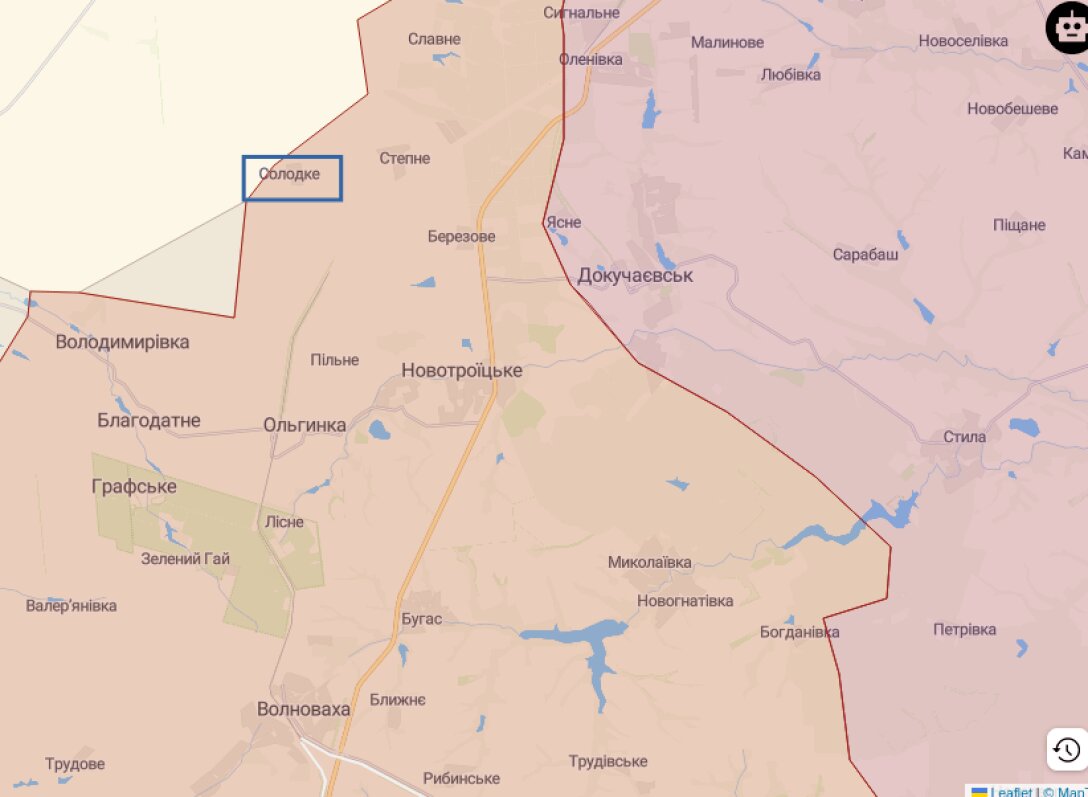 As OstroV reported, Ukrainian troops repulsed the invaders' attempts to storm Sosnivka in the Kharkiv direction on July 5.