The UN General Assembly has voted to keep the item "Situation in the temporarily occupied territories of Ukraine" on the session's agenda. This is reported by Ukrinform.

71 countries voted to support the motion, while 12 were against it and 45 abstained.

Thus, the issue of occupation by the Russian Federation of the Autonomous Republic of Crimea and the city of Sevastopol, as well as certain areas of the Donetsk and Luhansk oblasts, which was on the agenda of UN General Assembly's previous sessions, was included in the draft agenda of the next, 76th session. 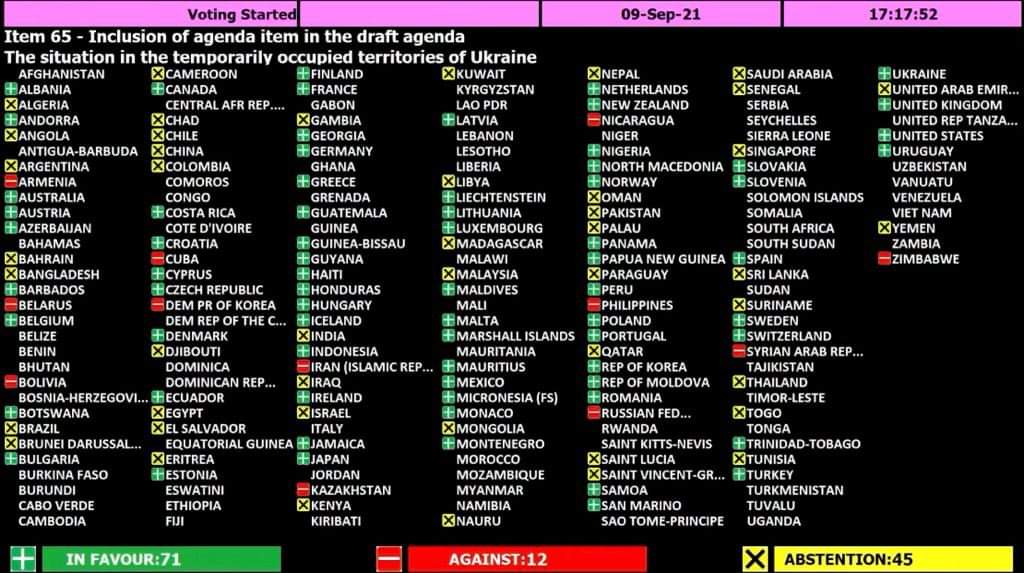 As previously reported, the 76th session of the UN General Assembly is set to start later this month.