Occupied Donbas in the midst of COVID pandemic: imitation of struggle and lack of common sense
05/28/2021 15:17

Mandatory vaccination, crowded hospitals and influx of tourists. The story of a nurse from the occupied Crimea
04/29/2021 17:04
Home
News
World

The Ukrainian national football team will play at Euro 2020 in a uniform on which a map with the Ukrainian Crimea and Donbas is drawn as an integral part of the state. In addition, the T-shirts will say "Glory to Ukraine!" 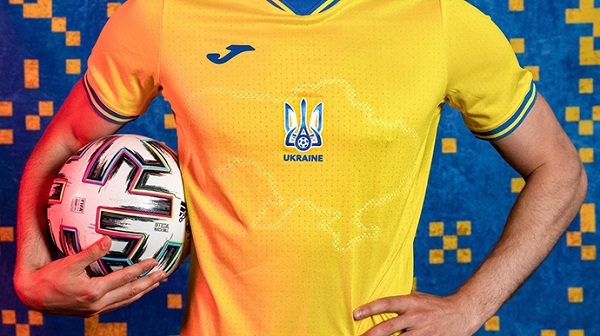 The statement of inviolability of the territorial integrity of Ukraine shocked the representatives of the Russian government. In particular, Russian State Duma deputy Dmitry Svishchev believes that "UEFA should react to this form and ban it".

"I hope this form will be banned. This is an expression of a certain political position, which differs from the position of our country. The conflict is based using the form. Moreover, our teams can meet. Why compete at Euro if you are going to express your political position? There are Ministries of Foreign Affairs, you can prove your position in another way, and not on the sports fields", - he stated.

Press secretary of the Russian Foreign Ministry Maria Zakharova, in turn, once again voiced the lie, which is not accepted by the entire world community, that the occupied Crimea belongs to Russia.

"The Ukrainian football team annexed the territory of Ukraine to the Russian Crimea in its uniform. The explanation is as metaphysical as the desperate artistic action itself, - supposedly it should give the players strength", - she wrote in her Telegram channel.

Zakharova also indicated that drawing greeting "Glory to Ukraine! Glory to the heroes!" on the form is unacceptable, since it is actually banned in Russia as the UPA slogan.

Friday, June 11
"DNR Ministry of State Security" reminds that those entering through Russia or from CALO will not be allowed without registration in CADO
Unknown and generous "investor" promises to pay off huge debts of enterprises "seized" by "DNR/LNR" occupiers
Thursday results in the occupied territories of Donbas. The highlights
Thursday, June 10
EU views Russia as party to the conflict, not as mediator - President of Council of Europe
In CADO, "DNR police" strengthens patrolling and passport checks at night time
Wednesday results in the occupied territories of Donbas. The highlights
Wednesday, June 09
There are no prospects for opening checkpoints in Donbas. It does not depend on coronavirus - Harmash
Most Ukrainians accuse Russia of unwillingness to end war in Donbas - poll
Third of Ukrainians knows nothing about Zelensky's actions in solving situation in Donbas - poll
Fewer Ukrainians, even in southeast, consider war in Donbas "civil conflict" - poll
More than 50% of Ukrainians consider conflict in Donbas Russian aggression using local militants - poll
Tuesday results in the occupied territories of Donbas. The highlights
Tuesday, June 08
"LNR" propagandists lie that Kyiv is blocking opening of checkpoints which Ukraine opened long ago
Russia issues 584 thousand passports to residents of CADLO - Denisova explains situation
Biden speaks to Zelensky. Has promises "resolute support"
Monday results in the occupied territories of Donbas. The highlights
Monday, June 07
Issue of Ukraine's entry into NATO should be addressed immediately - Zelensky
Popularization of Donbas: officials prepare tours for residents of CADLO
Russia outraged by uniform of Ukrainian national team for Euro 2020 because of Ukrainian Crimea (PHOTO)
Friday, June 04
National Police closes criminal case on separatism against ex-member of Party of Regions Levchenko - SBU
Odious Ukrainophobe Nikolai Levchenko returns to Ukraine: Ukraine is still in his debt (PHOTO)
Judge from "LNR Supreme Court" has legal right to receive Ukrainian pension - Supreme Council of Justice
More than 2 thousand new cases of COVID-19 recorded in Ukraine
Thursday results in the occupied territories of Donbas. The highlights
All news »