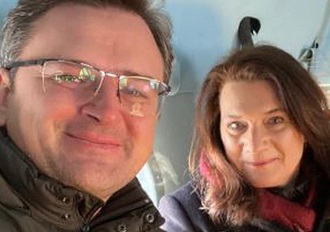 Ukrainian Foreign Minister Dmytro Kuleba and the OSCE Chairman-in-Office, Swedish Foreign Minister Anne Linde will visit the Joint Forces Operation zone in the Donbas today and get acquainted with the consequences of the Russian Federation's armed aggression against Ukraine. This was announced by Dmytro Kuleba on Twitter.

"We are flying with Ann Linde to the Donbas (despite the extreme cold). It is important that the colleague sees first-hand the consequences of Russian aggression and Ukraine's efforts to resolve the conflict and make life for the civilian population easier (despite the overwhelming lack of constructiveness on the part of the Russian Federation)", - the Ukrainian Foreign Minister wrote.

As previously reported, the occupiers in CADLO invited Ann Linde to visit the occupied territories of Donbas. In particular, Natalia Nikonorova, who calls herself the "Minister of Foreign Affairs of the DNR", invited Ann Linda to the zone of occupation. Vladislav Danego, who calls himself the "Minister of Foreign Affairs of the LNR", also addressed Ann Linda. These "invitations" were made on the day of visit of the OSCE head to the JFO zone, which makes it absolutely impossible to revise the plan of Mrs.Linde's trip to the Donbas and, accordingly, their acceptance.