The car, which transported about 1 kg of trotyl, was stopped by the police at the checkpoint in Bakhmut district, - said Artemovs police department of the MDNP in Donetsk region.

"Police officers at the checkpoint blocked a vehicle that did not respond to the signals stop and continued to drive In Bakhmut district on the highway Kiev - Kharkov – Dolzhansky. Law enforcement officers found 1 trotyl block weighing 400 grams, 2 blocks - 200 g, 4 grenade fuses, 60 rounds of ammunition for Kalashnikov and another 120 rounds in the course of the car inspection. Identified substances are enough to undermine a multi-storey building, take and destroy lives of hundreds of civilians," - said the statement. 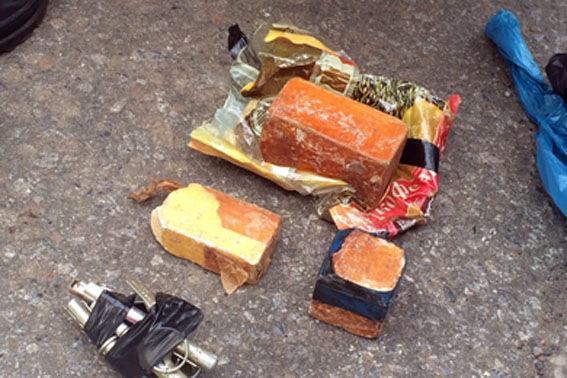 Two residents of Luhansk region and one from Rivne region were in the car with Luhansk numbers. The passengers were drunk.

Now investigative team and security officers are working at the incident site.