At least three "DNR" militants out of the French nationalists provide power support for the "yellow vests" actions. france3-regions writes about it.

In particular, a certain Victor Lenta "with his military beret and decorations, does not really look like an ordinary "yellow vest", - the media writes, specifying that this character is a former paratrooper and fought for some time on the side of terrorists in Donbass. He was closely associated with the nationalist organizations Identification Block and Young Nationalists. Later he created his own nationalist movement Unité Continentale. 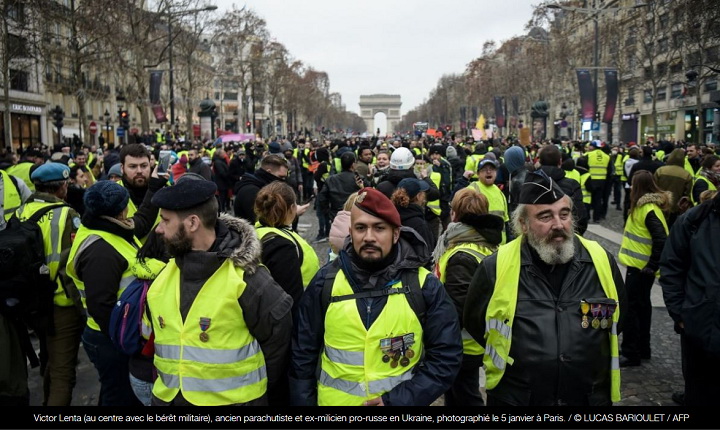 Journalists identified two more militants of the "DNR" in the photos posted from the protest actions of "yellow vests" in France. It is referred to Sergey Munye and terrorist named "Misha".

Thus, at least three former militants who fought in the Donbass are part of the "yellow vests".

Russian propagandist Alexander Kots confirms that this is really about the terrorists who fought against Ukraine as part of the so-called Pyatnashka international detachment.