An action to commemorate the death of Ukrainian fighters near Ilovaisk in 2014 is being held near the embassy of the Russian Federation in Kyiv. This is reported by the participants of the action on Facebook.

In particular, the action's participants placed white crosses with photographs of the dead Ukrainian servicemen in front of the embassy.

The action's participants also burned the effigy of Russian President Vladimir Putin in front of the embassy.

During the "Ilovaisk mousetrap" in 2014, 366 Ukrainian soldiers were killed, 429 were injured and about 300 were captured. 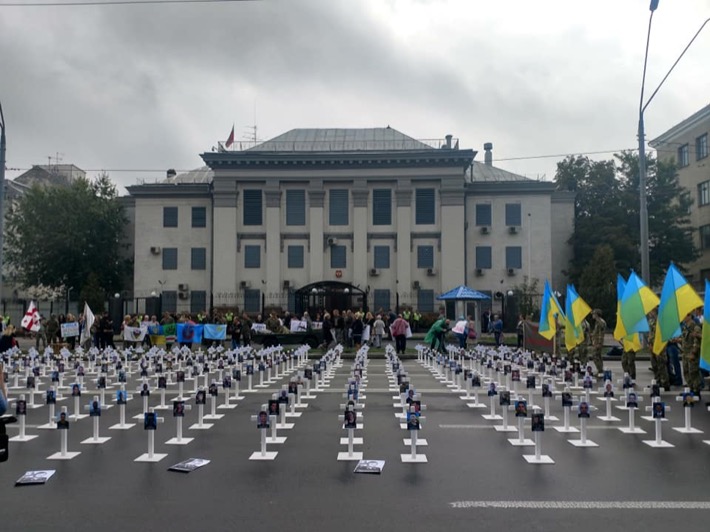 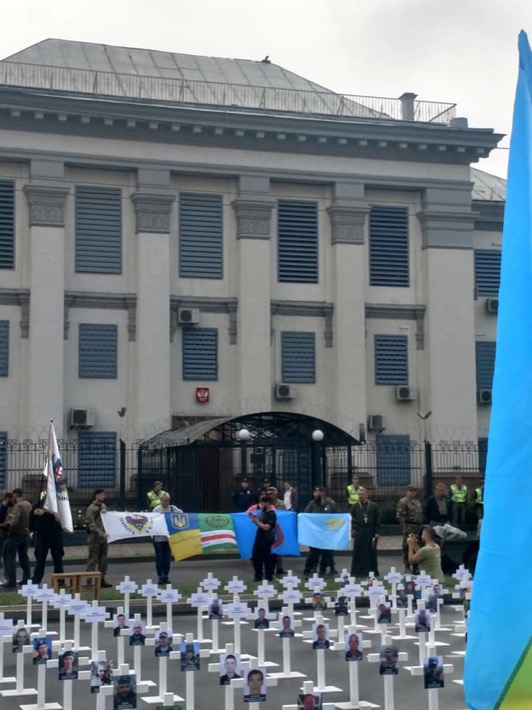 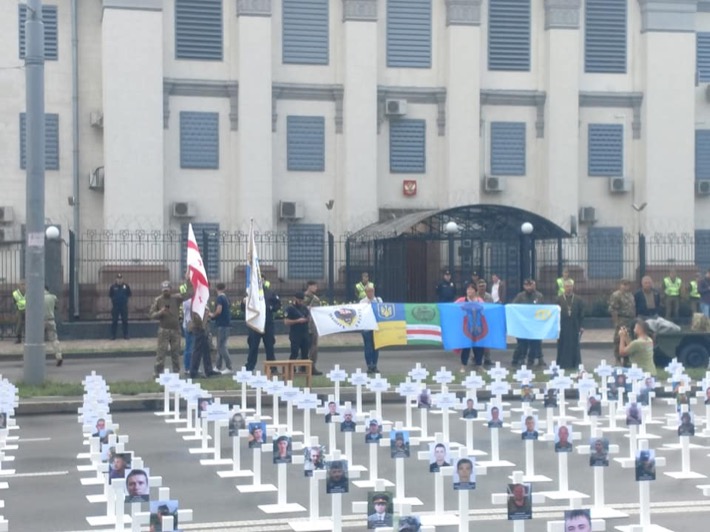 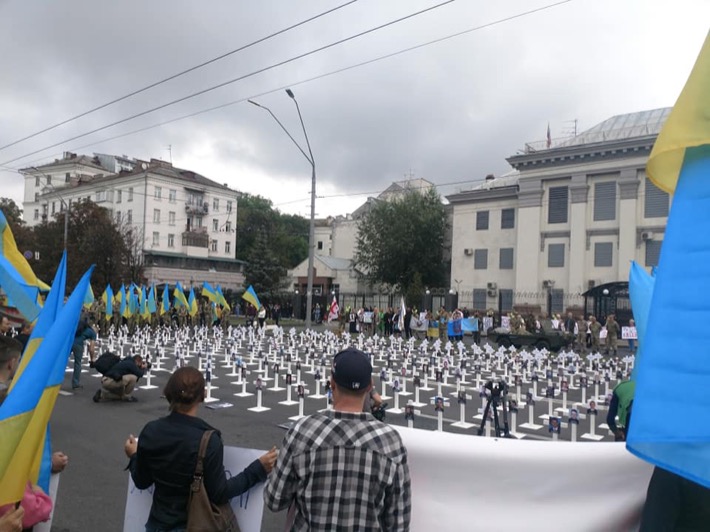