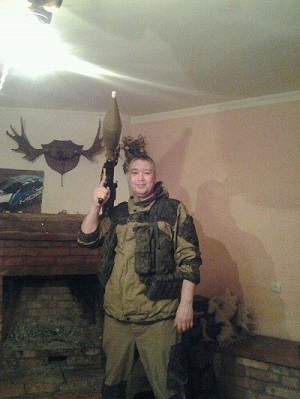 Many militants, who fought in the Donbass, leave to earn some money in Syria, and then return to the "DNP/LNR" again. This fact was confirmed by Russian propagandist Zakhar Prilepin.

Commenting on the death of one of the Russian mercenaries in Syria, Prilepin confirmed that the deceased was the captain of the GRU Igor Kosoturov, who had previously fought with militants in his battalion. Naturally, according to the version of the "political officer", Kosoturov had already resigned from the GRU. "He was retired, and was doing what he could do best in life: he fought", - Prilepin writes.

"Many of our people from Donbass going to Syria, then they come back and serve here again, a usual practice, including because, contrary to popular myths, they get paid peanuts here - a salary of $260-280, $350 maximum. Syria pays more", - he admits the participation of Russian mercenaries in both military conflicts.

"But our Donetsk, Russian, Tatar, Ossetian and Buryat men drag both wars as their own. They are both ours. And we have common victories and fallen ones as well", - propagandist Prilepin sums up pathetically.

As previously reported, the leadership of Russia denies its involvement in supporting the militants of Donbass in every possible way, trying to present "their" war with the participation of "Russian, Tatar, Ossetian and Buryat men" as a civil conflict.