A number of Russian and separatist media has spread the information that the "DNR" military-industrial complex had allegedly developed the most large-caliber sniper rifle.

It is reported that the sniper rifle was called the Separatist. Its caliber is 23 mm: it shoots ammunition from a Soviet double-barreled AA gun. Ostensibly, the shooting range of new weapon is 3000 meters.

It is noted that the rifle is already being tested in the lines.

The fakeness of this information is easily proved by the photograph of "development prototype" of the Separatist: an incomprehensible construction stands in the middle of a dirty workshop, among primitive tools, gas bottles and broken chairs. Furthermore, there is no optics on the prototype of the "DNR" military-industrial complex that does not allow us to regard this weapon as a sniper. 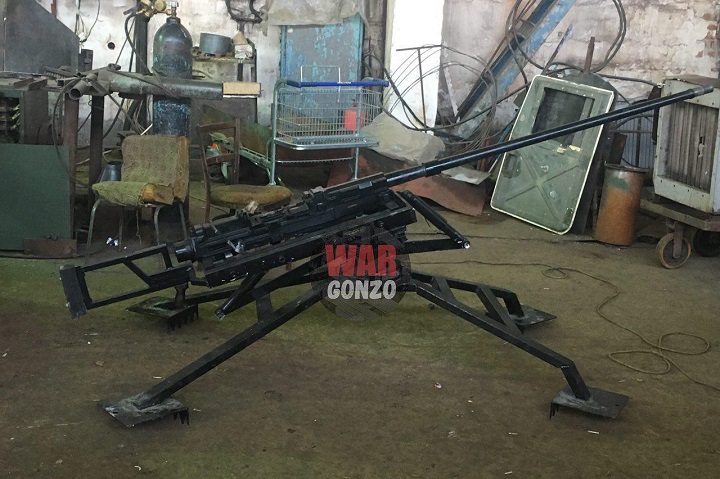 The video of the alleged "testing" looks even more grotesquely – a group of people are firing from the roof of a destroyed building from an unidentifiable weapon.