The Security Service of Ukraine has detained a defector in Kyiv, suspected of cooperation with the FSB of Russia, - the SBU press center reports.

"Employees of the Security Service of Ukraine, together with the military prosecutor's office and the military police, detained a deserter, communications chief - commander of the self-propelled howitzer artillery battalion, in Kyiv", - the statement said.

It is established that in August 2015, the lieutenant went AWOL from the military unit in the Donetsk oblast and left for the territory of the temporarily annexed Crimea. In the framework of criminal proceedings, opened under Part 4 of Art. 407 of the Criminal Code of Ukraine, investigators of the special service documented that the malefactor was trying to win temporary asylum in the so-called "Crimean Republic of the Russian Federation".

It is noted that he was also in contact with the FSB officers, to whom he passed information he knew about the ATO forces. The SBU officials established that the defector secretly came to Kyiv in November to resolve private matters and detained him before returning to the temporarily occupied peninsula.

Now he was taken to the law enforcement service for further escorting to the Military Prosecutor's Office of the Donetsk military post and choosing him a preventive measure in the form of detention. The pre-trial investigation continues. 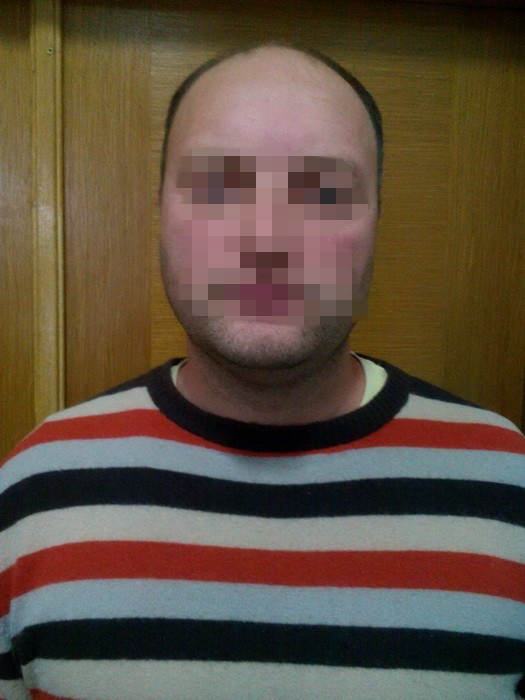