Most of the residents of the non-occupied part of the Donbass believe that Donetsk and Luhansk regions have to be a part of Ukraine in one or another form. This is evidenced by the survey of the Rating sociological group as of November, held with the support of the Government of Canada - said the Ukrainska Pravda.

For example, 75% of respondents in part of Donbass controlled by the Ukrainian authorities support the unity of Ukraine. 32% out of them believe that the regions should be a part of Ukraine with the same rights as before (53% of people among the residents of the rest of Ukraine think so), 35% - that they should get additional powers according to the decentralization reform (20%), 8% - that have to become autonomous regions (6%).

3% of the population of Donbass believe that those areas controlled by militants should remain like that (7% of people among the residents of the rest of Ukraine think so) and 7% - that Donbass should be part of Russia (2%), another 1% wants to see Donbass an independent country (1%). 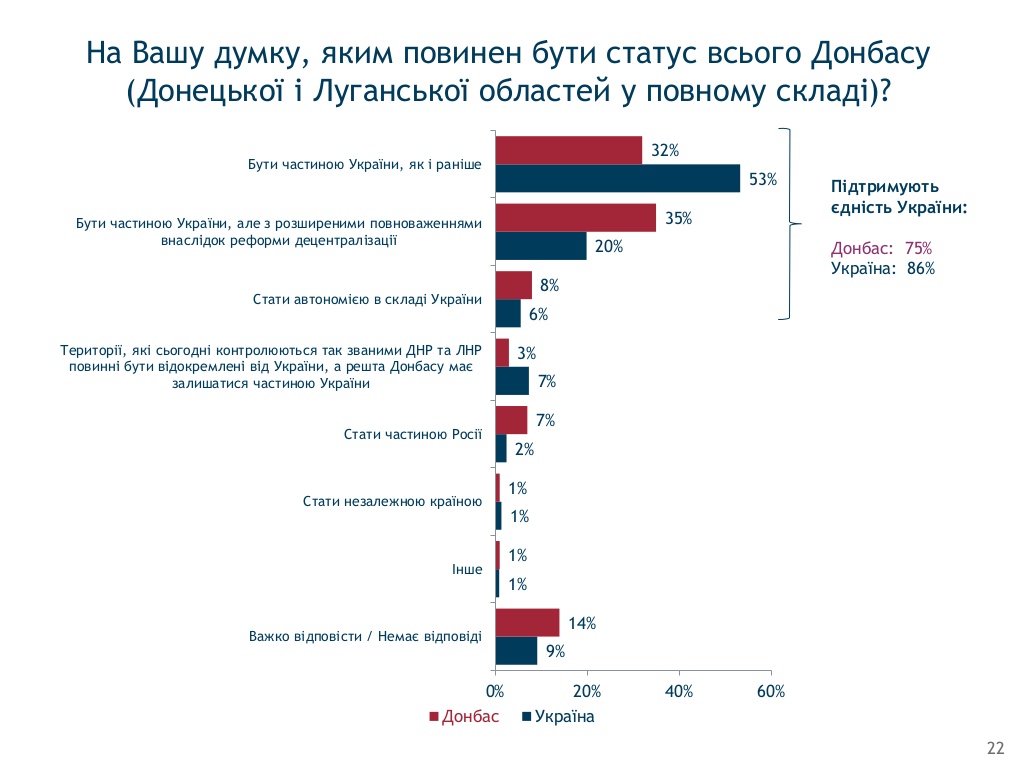