The occupation "authorities" take the residents of the controlled by militants part of the Donetsk oblast at a rally in support of "the decision on the introduction of external administration in enterprises under Ukrainian jurisdiction", which will be held in Yenakiieve.

A message that "the citizens of the republic will come out for strengthening of the economic ties with Russia and in support of the decision of the head of the republic on the introduction of external administration in enterprises under Ukrainian jurisdiction" was published the day before on the "official" website of the "DPR".

The photo of buses which will bring the people to Yenakiieve is already in social networks.

The leader of the "DPR" Alexander Zakharchenko announced yesterday the creation of headquarters for actual confiscation of Ukrainian enterprises in the part of the Donetsk oblast occupied by militants.

The leaders of the "DPR" and "LPR" Alexander Zakharchenko and Igor Plotnitsky earlier demanded from Ukraine to stop the transport blockade of the Donbass until March 1. According to the statement of the terrorists, in the case of failure to comply with requirements the fake republics will introduce the external management at the enterprises of Ukrainian jurisdiction and stop to supply coal to Ukraine. 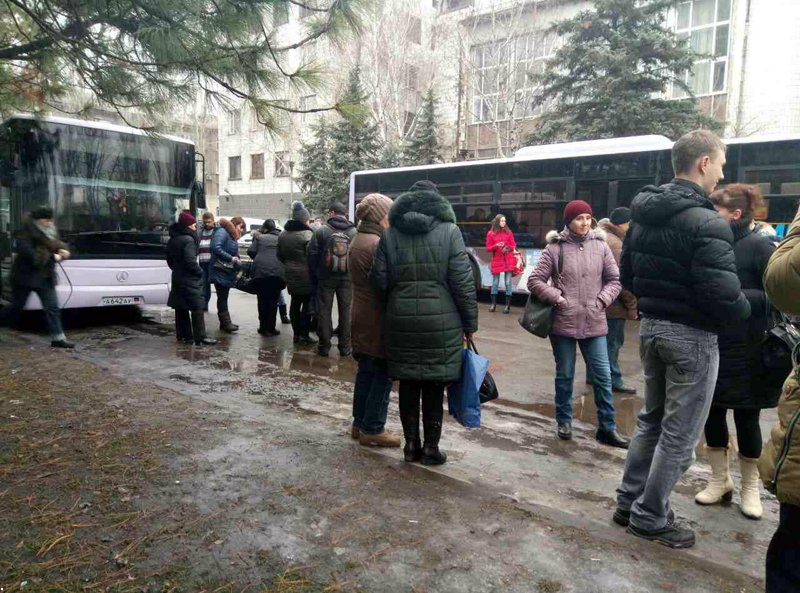