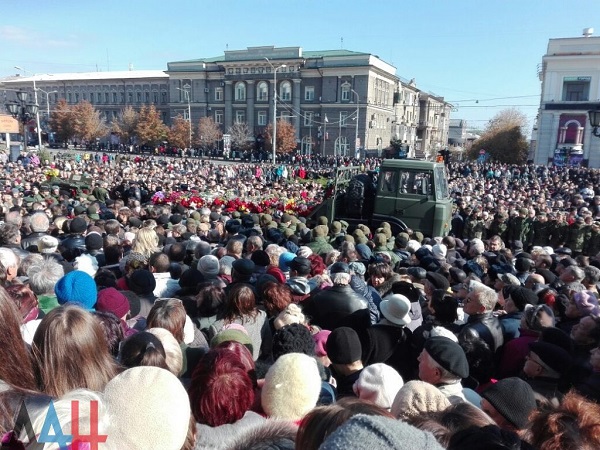 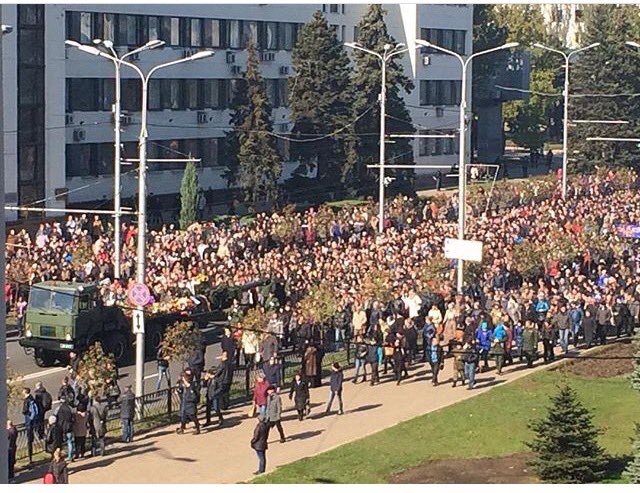 Photos taken during the funeral ceremony of one of the rebel leaders of the "DPR" Arseniy Pavlov. Thousands of people came to say goodbye to Motorola. Sources in Donetsk reported on a large number of "mourners" who were obliged to come to the sorrowful event due to their work or university. But there were people genuinely mourning for the Russian mercenary. "I am watching live coverage from Motorola’s funeral. I see a lot of people, thousands, from the whole republic, some came from Russia ... I think that so many people attended only Lenin's and Stalin's funeral, an endless stream," - wrote one of the militant sympathizers on Facebook.