Analysts determined that the convoy of the Red Crescent and the United Nations in Syria came under attack of regular bombs of Russian production, that are not used by NATO aircraft. It is reported by UNIANwith reference to Bellingcat.

Syrian Civil Defence volunteers, who were based near the site of the attack on a humanitarian convoy of the UN and the Red Crescent near Aleppo, removed and photographed two pieces of dropped bomb frags. Bellingcat team received those photos.

The photo shows the location of the flags, including the place where the bomb probably broke through the roof of the building. 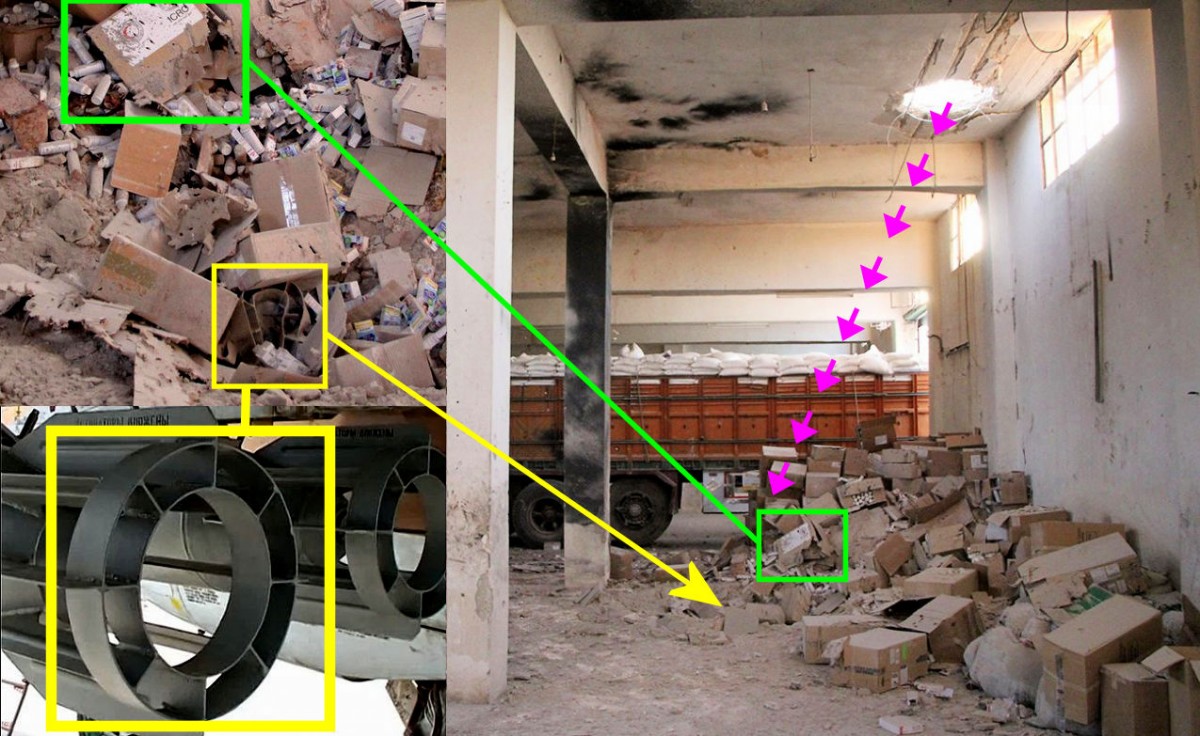 "This image allows you to uniquely identify a fragment of the munition. It is a tail part of high-explosive fragmentation bombs OFAB-250-270," - note the authors of the investigation.

They explained that OFAB-250-270 was a regular Soviet / Russian-made bomb. Previously, it was widely documented that these bombs had been used by Syrian and Russian aircraft during the air attacks in Syria. These bombs are not used by NATO aircraft, in particular, drones such as the Predator. 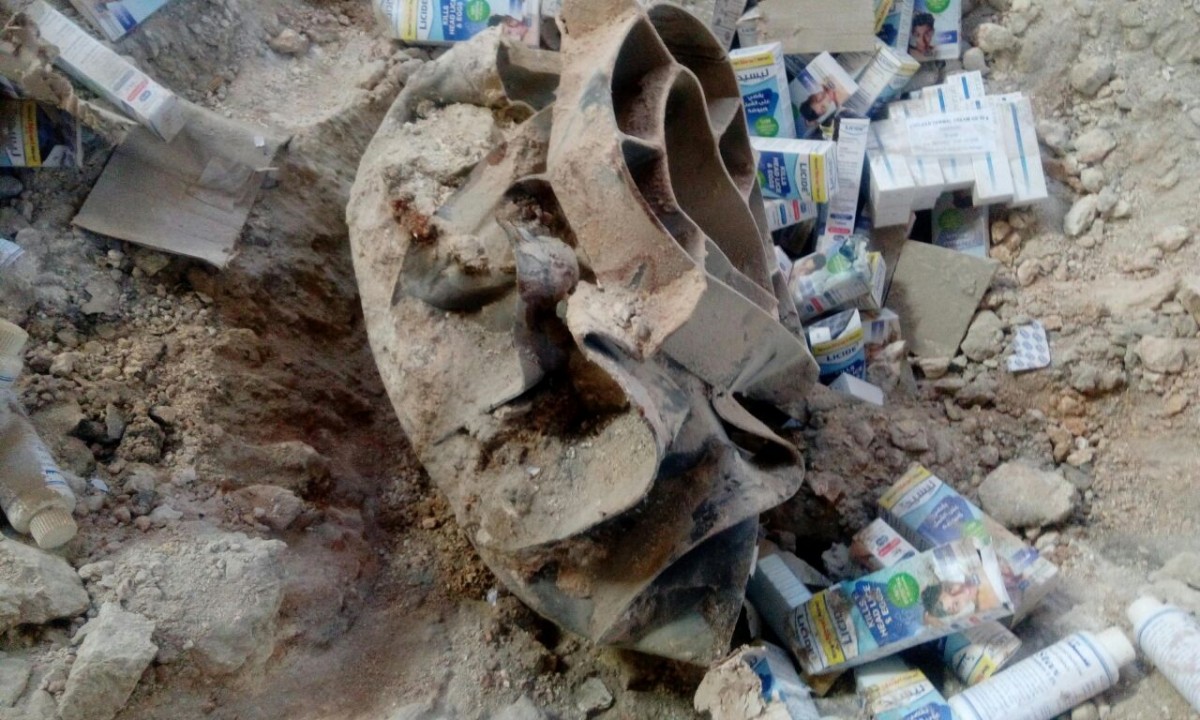 "The question now is only who dropped it on the humanitarian convoy of the Syrian Red Crescent: Russian or Syrian aircraft?" - summed up the authors of the investigation.

As previously reported, the humanitarian convoy of the UN and the Syrian Red Crescent Society came under air attack in Aleppo province. Aircraft bombed 18 of 31 truckloads of medicines, wheat, and winter clothing.

Wednesday, May 25
Russians fire on community in the Kharkiv region. There are dead and injured as a result of fire (PHOTO)
Tuesday, May 24
Bodies of 200 dead found under rubble in Mariupol. Occupiers refuse to bury them - Andriushchenko (Photo)
Russian "hawk" Patrushev raves that "DNR" and "LNR" should receive reparations from USA Europe
9 officers of Vinnytsia KORD killed in Zaporizhzhia oblast as result of missile attack
Britain is considering using sea convoy to export Ukrainian grain
Occupation corps of russian federation is not enough for gauleiter of Kherson region – traitor asks for "russian military base"
Monday, May 23
Authorities of russian federation do not intend to change Medvedchuk for defenders of Mariupol, withdrawn from Azovstal
Russian federation states that it is Ukraine that refuses to negotiate - "the ball is on its side"
Sunday, May 22
Deputies extend martial law and general mobilization in Ukraine for three months
AFU destroy Tyulpan self-propelled heavy mortar of russian federation, confirming defeat of equipment of this class for first time in history (VIDEO)
Attempt to liquidate self-appointed "mayor" in occupied Enerhodar - social networks (PHOTO)
Saturday, May 21
Zelensky couple tells how they met russian invasion in morning of February 24
Largest research center in field of aviation and astronautics is on fire in russia
VIDEOFACT: "DNR" riflemen control deportation of Mariupol residents: it will not be possible to avoid
232 children have died in Ukraine since beginning of war, more than 662 have suffered – Office of Prosecutor General
All news »