March "National demands - no surrender" against the Minsk agreements and elections in occupied Donbass organized by the Azov started in Kiev, - reports the correspondent of OstroV.

The action involved about 2 thousand people. They demand not to hold elections in occupied Donbass before its full liberation.

The column is currently moving from the area of ​​the Kiev-Pechersk Lavra "to the Verkhovna Rada to say their demands."

Faces of many participants are covered with balaklava. Protesters lit flares and started to blow firecrackers. 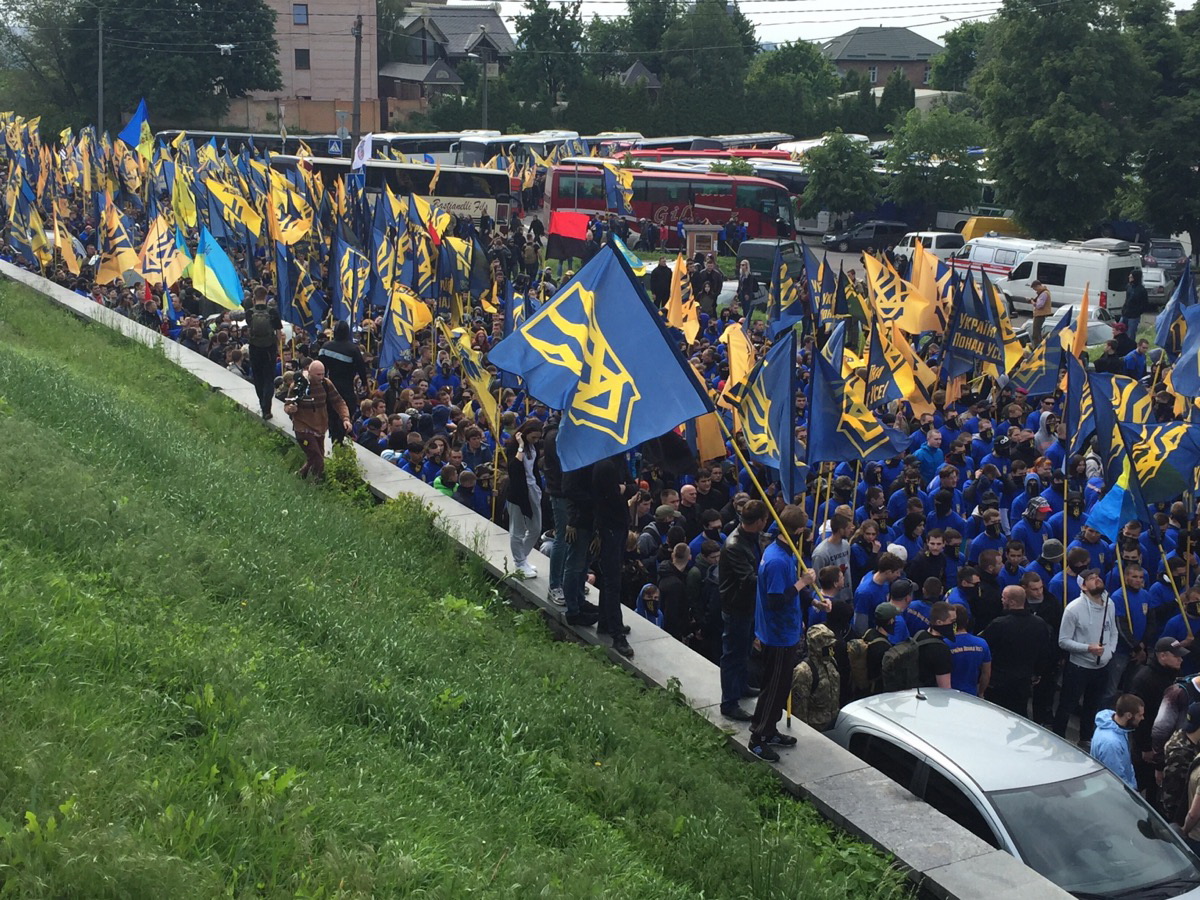 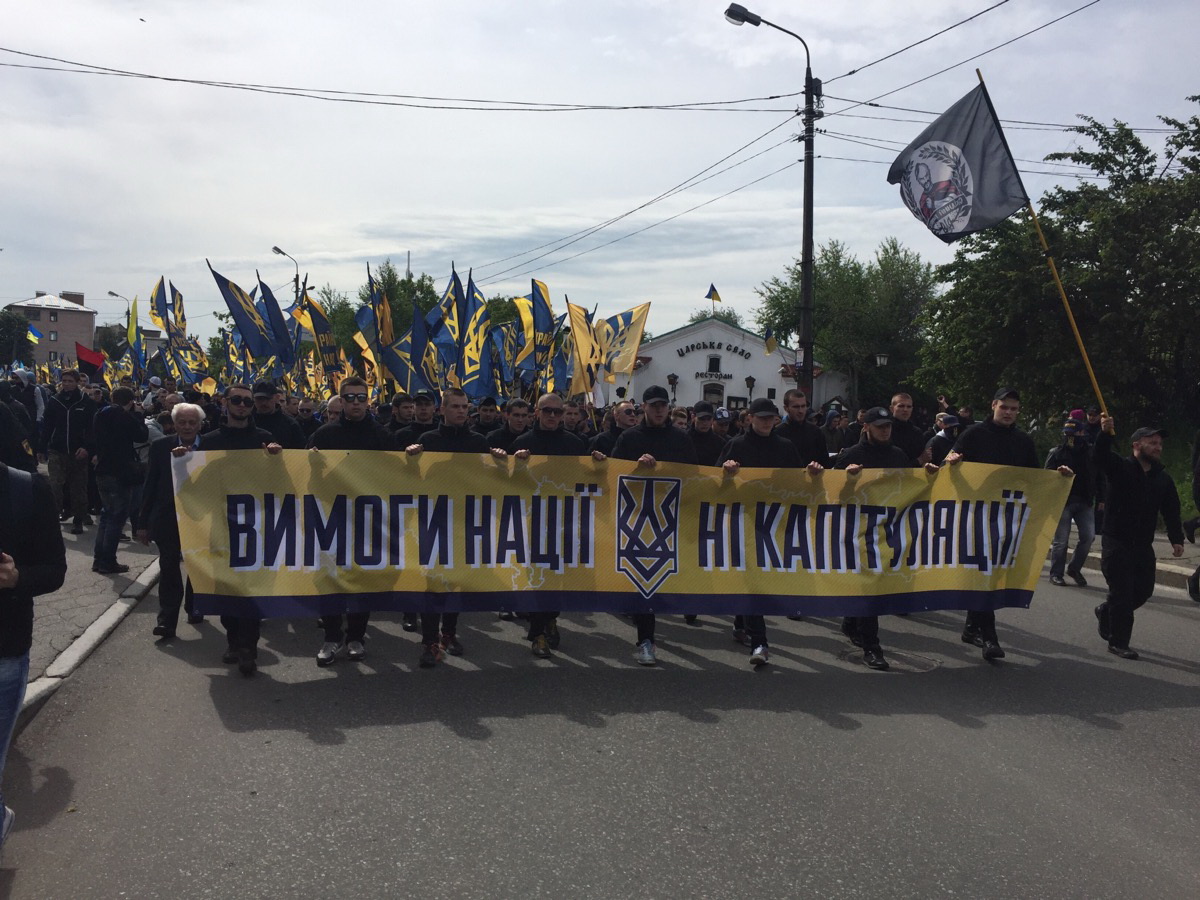 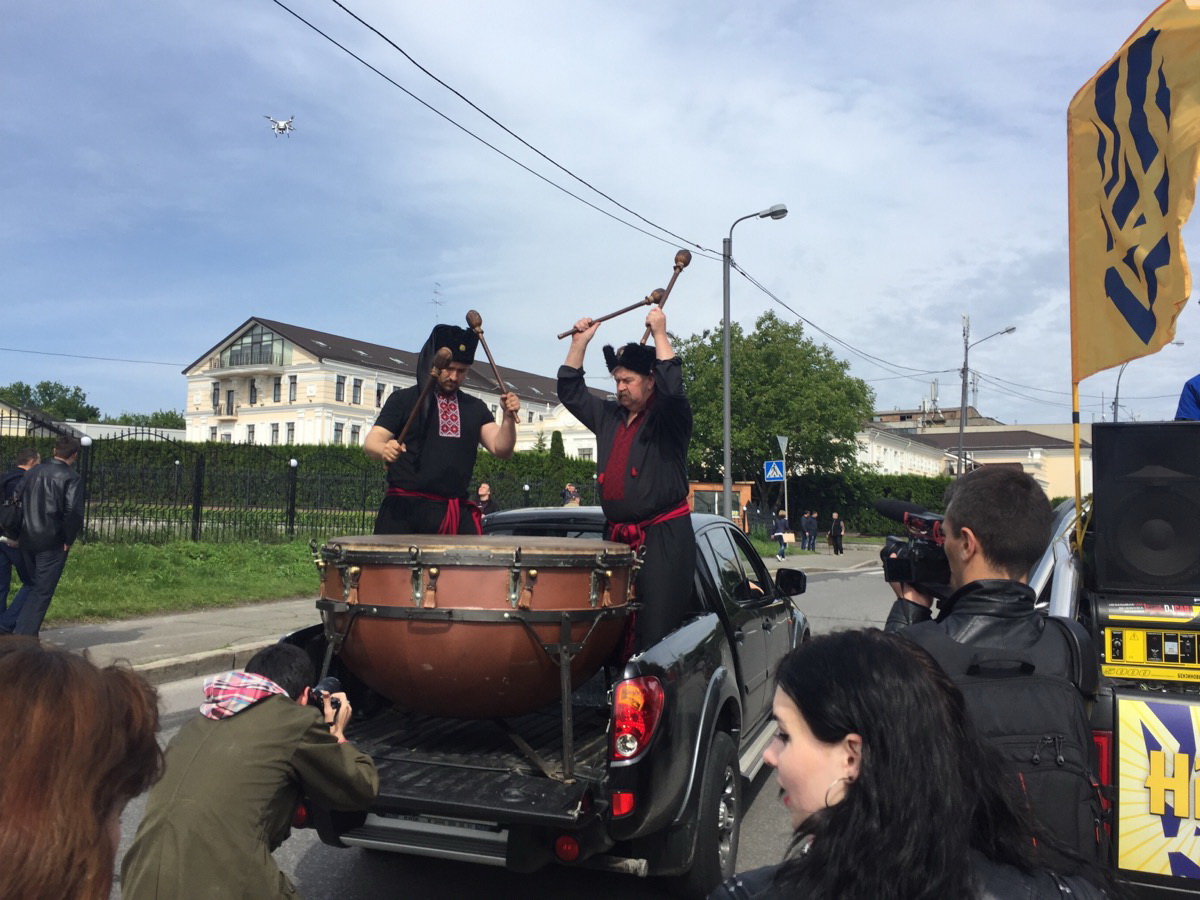 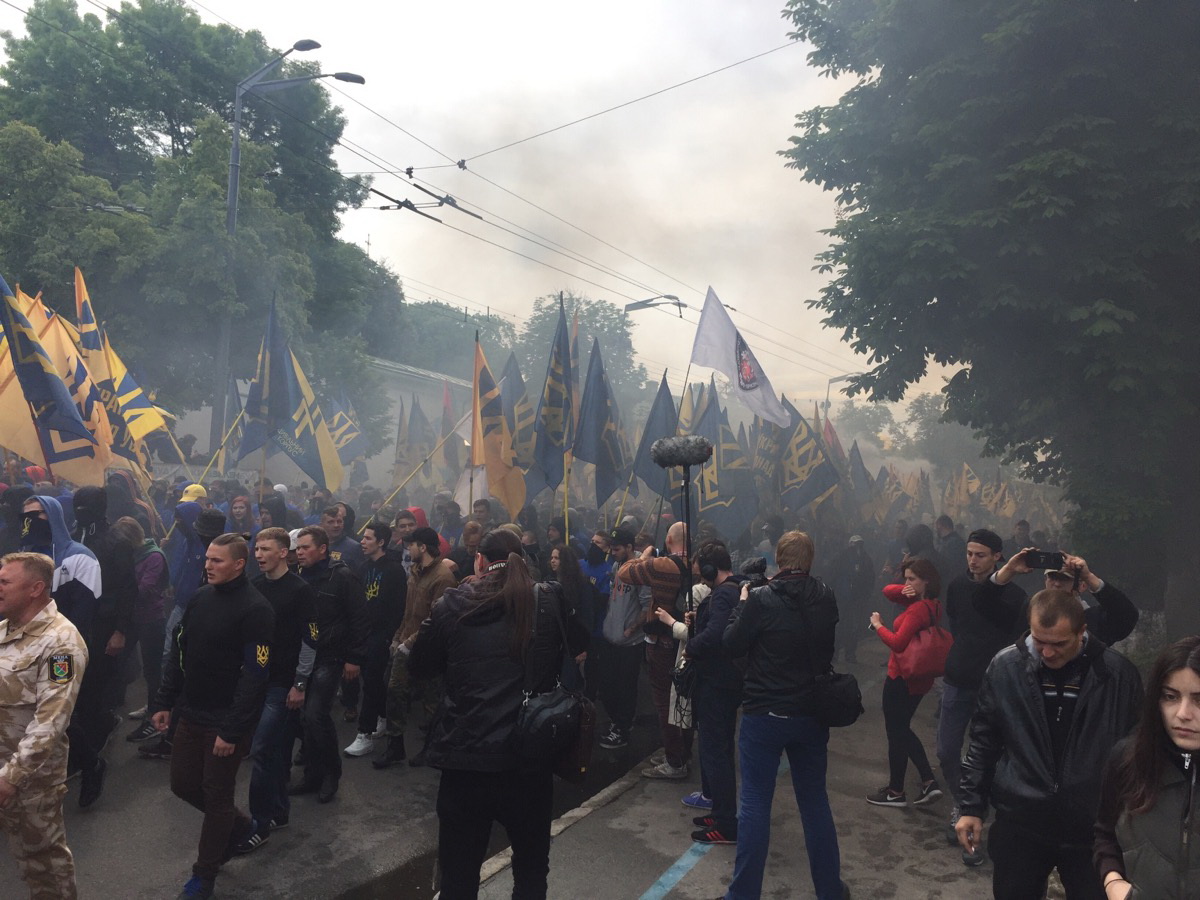 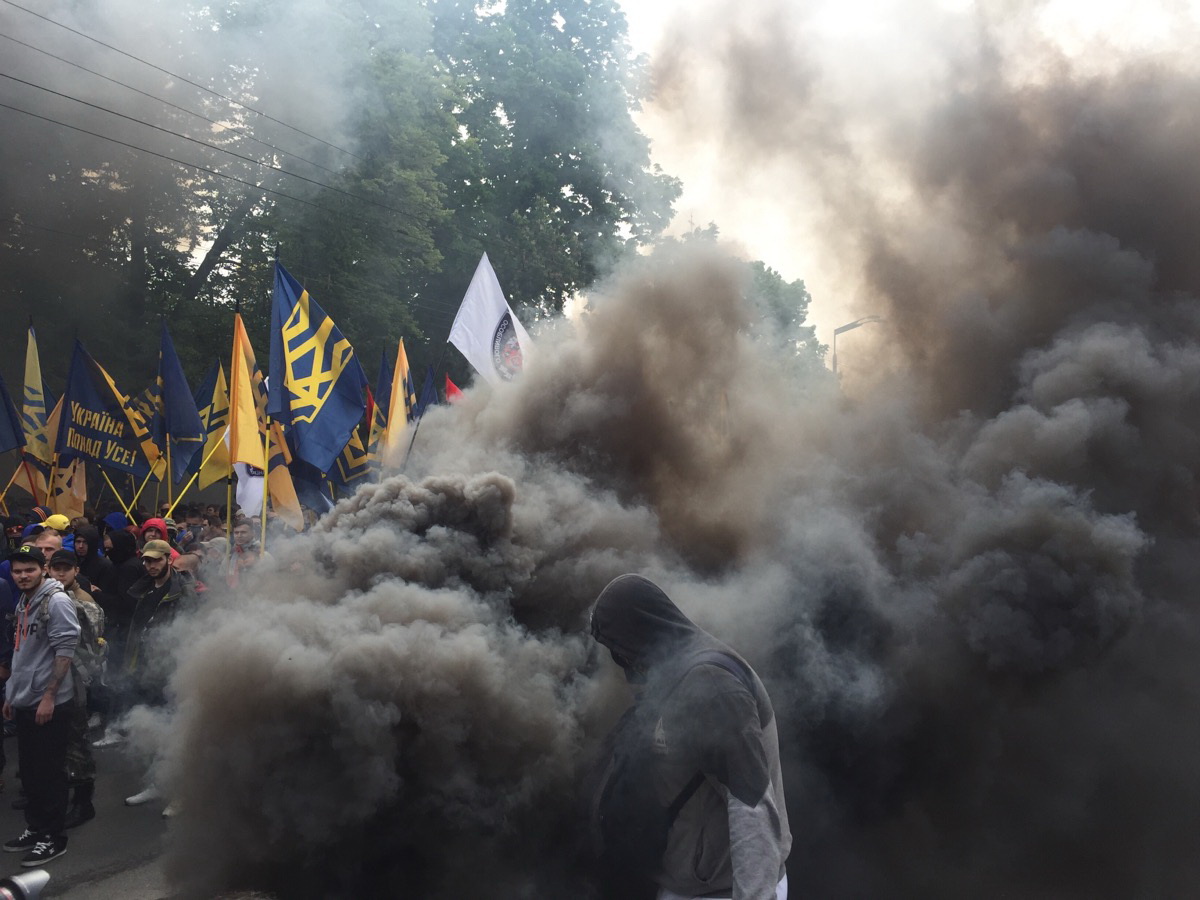 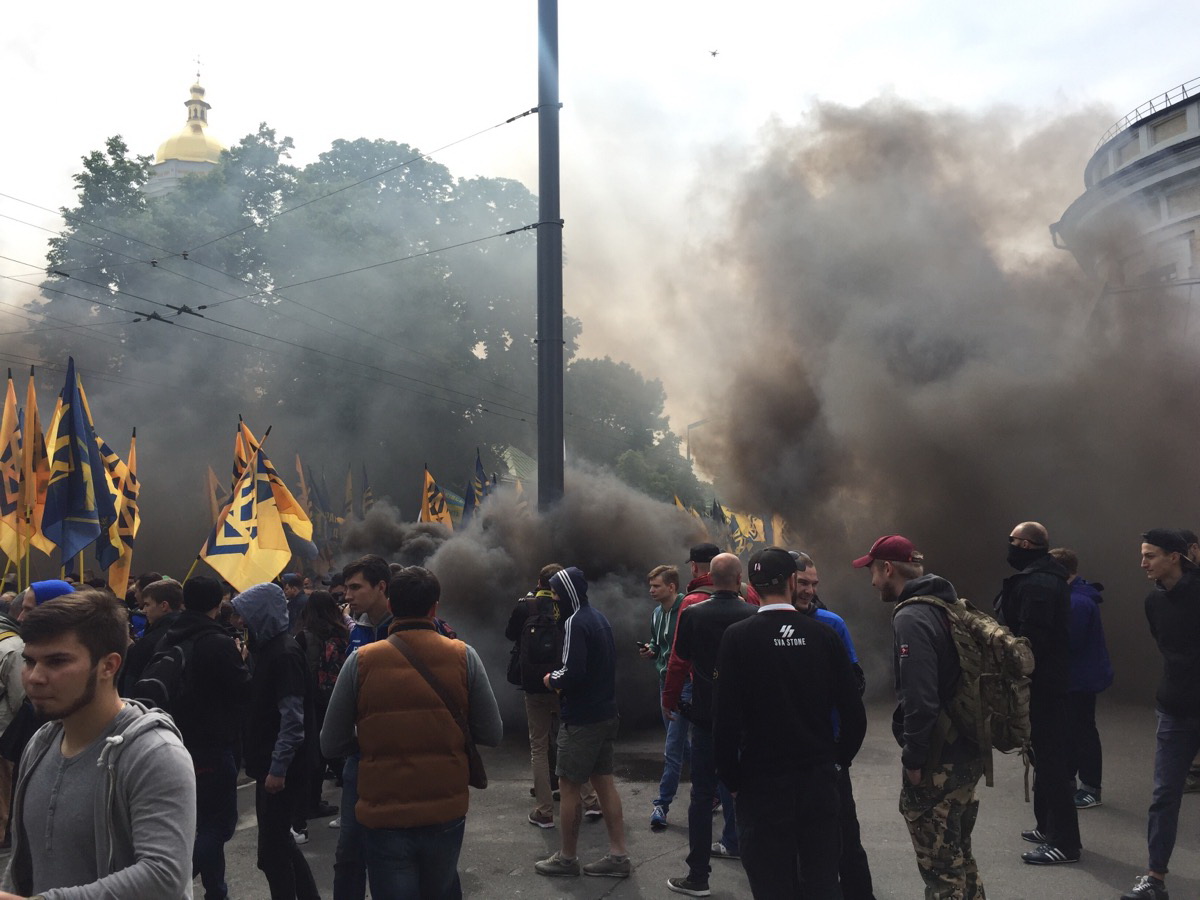 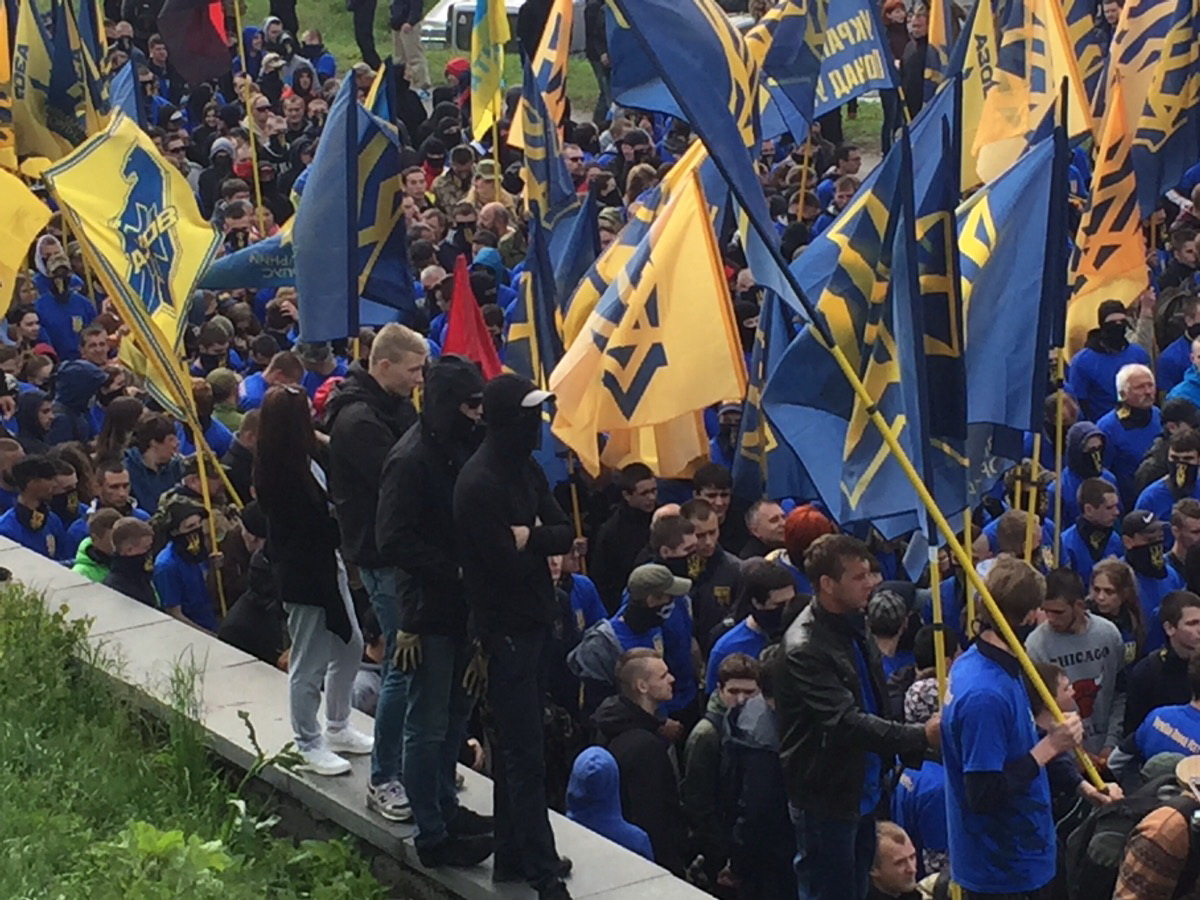