A mass fight with participation of people's deputies took place in the session hall of the Verkhovna Rada, - reports the correspondent of OstroV.

It happened during a speech of the Prime Minister Arseniy Yatsenyuk.

It all started with the fact that the People's Deputy from PPB Oleg Barna brought a bouquet of red roses tied with black ribbon to Arseniy Yatsenyuk, who was speaking at this time from the parliamentary tribune and hit the Prime Minister with that bouquet. Then the deputy tried to hustle the Prime Minister from the tribune.

Deputies decided to protect Yatsenyuk and that resulted in a mass fight.

The head of the PPB faction Yuriy Lutsenko apologized to Yatsenyuk for the behavior of the deputy O.Barna. 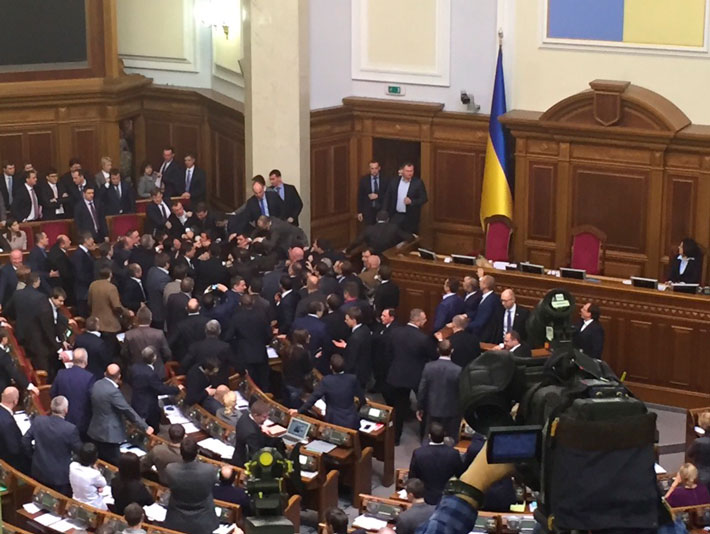 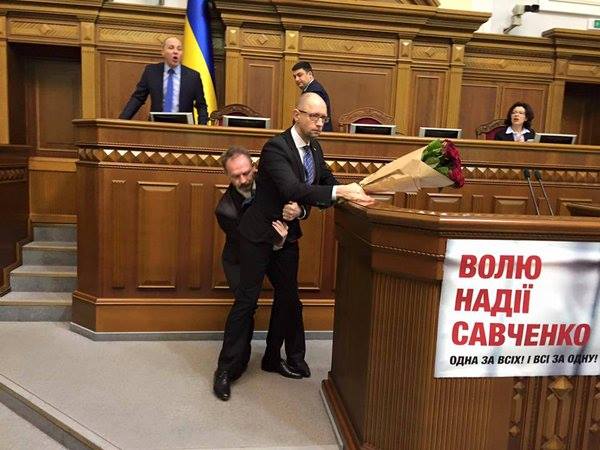