British intelligence has updated the map of hostilities in Ukraine. The most difficult situation remains in the Donbas, where the russians are conducting massive assaults, but the AFU are holding back the enemy. This was reported by the British Ministry of Defense on Twitter on December 7.

According to the map, Ukrainian forces repelled russian attacks in the areas of such settlements as: Bilohorivka (Luhansk oblast) and Verkhniokamyanske, Spirne, Yakovlivka, Bakhmut, Bila Hora, Kurdiumivka, Novobakhmutivka, Marinka and Novomykhailivka (Donetsk oblast). 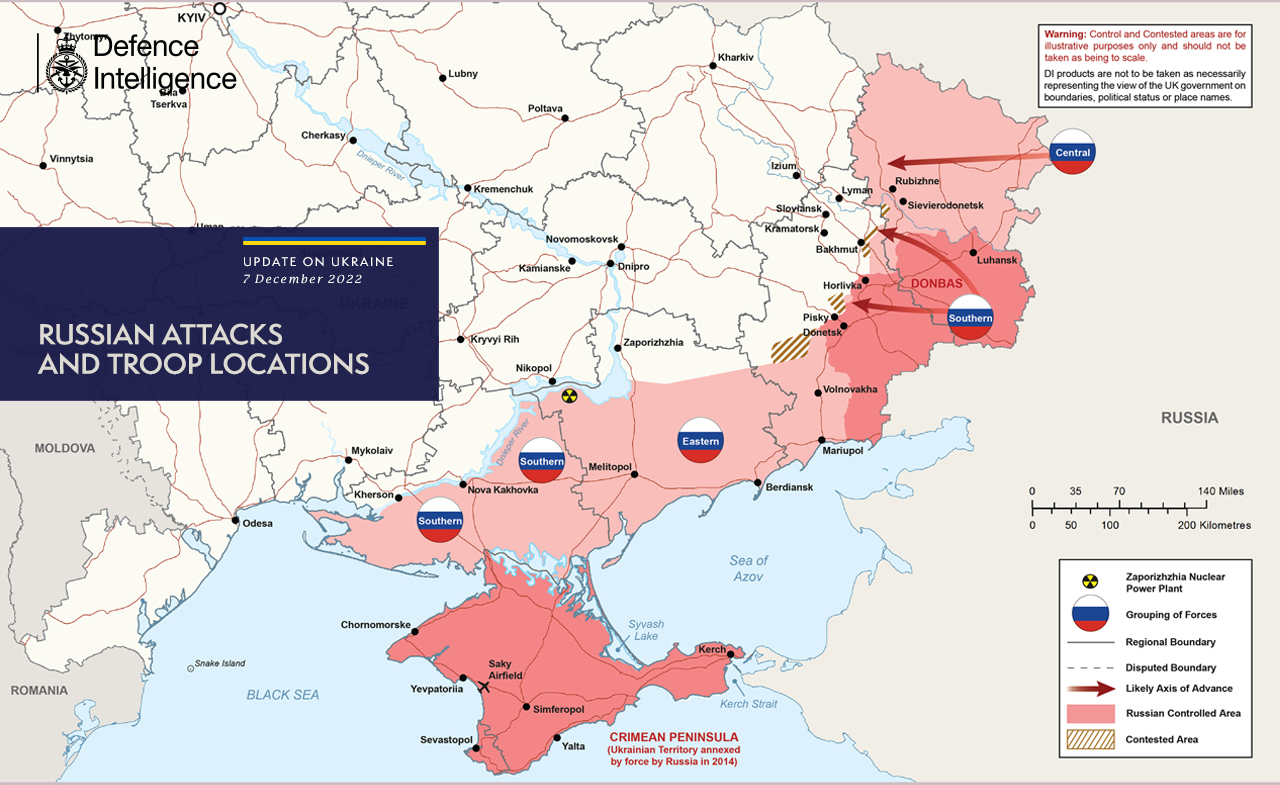 However, a slight advance of the enemy is noticed in the eastern surroundings of Bakhmut, but the enemy fails to surround the city. However, the region of Bakhmut and Avdiivka is under constant attack by the occupiers.

In particular, in the Lyman, Bakhmut and Avdiivka directions, the enemy is concentrating efforts on conducting offensive operations.

At the same time, in other directions, russian troops are trying to hold the temporarily occupied territories and contain the AFU.

Meanwhile, in the south, the enemy continues to defend. In particular, in the east of the Kherson oblast. Directly Kherson and its environs - the right bank of the Dnipro are under the blow of the enemy.

As previously reported, the number of sorties of russian tactical aviation over Ukraine has significantly decreased.