Russian ocupiers lost 710 personnel over the past day. This is reported by the AFU General Staff.

In total, since the beginning of the rashist invasion of Ukraine, the number of personnel losses has crossed the mark of 77 thousand invaders. 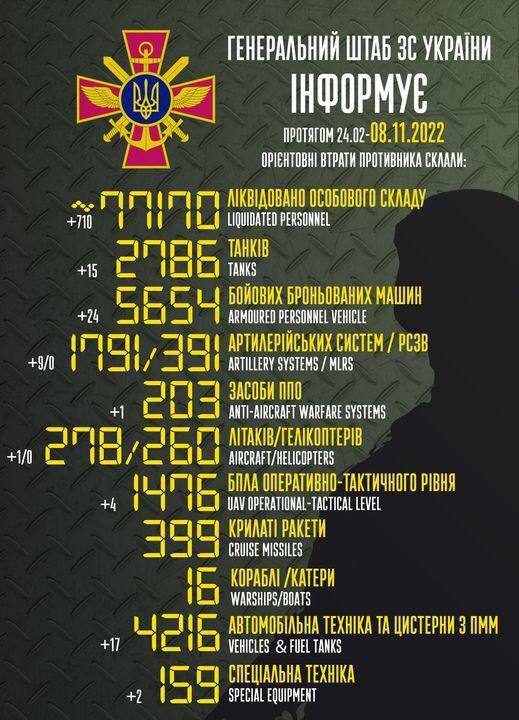 As previously reported, the AFU hit 5 enemy command posts over the past day.