The assassination attempt on russian propagandist Vladimir Solovyov is most likely a staging, and the arrested "Ukrainian neo-Nazis and Banderites" turned out to be russian fascists. This is evidenced by the "operational" video footage of the detention by the FSB of the "assassins" and the search conducted by the Investigative Committee at their headquarters.

As previously reported, on Monday, the FSB released information about the arrest of "a group of members of a neo-Nazi terrorist organization that, on the orders of the SBU, planned the murder of journalist Vladimir Solovyov". The president of the aggressor country "confirmed" these accusations, having "specified" that the "neo-Nazis" acted under the guidance of "curators from Western services, primarily, of course, from the US CIA". Solovyov himself stated that the order to liquidate him was given personally by President of Ukraine Volodymyr Zelensky, and the killers are Banderites, who traditionally kill Jewish journalists.

However, the video clearly shows that those detained in the "assassination case" are not Ukrainian nationalists. Their tattoos demonstrate belonging specifically to the russian fascists: swastikas, Nazi crosses and so on. One of them has an imperial slogan in russian on his tattoo: "Where does the Motherland begin..." 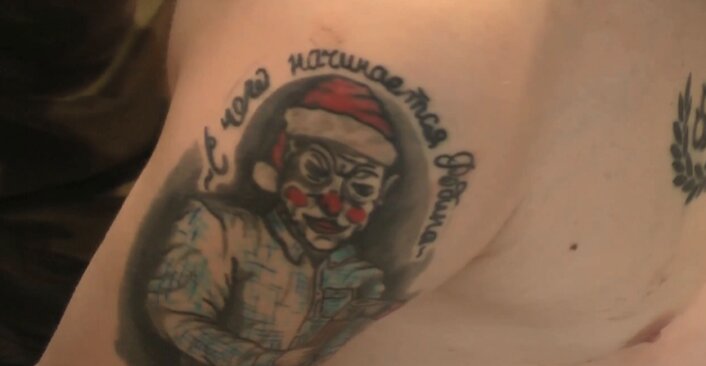 Thus, this "operational" shooting of the FSB, first of all, confirms the existence of fascist organizations in russia, by the way, actively supporting the aggression against Ukraine.

A very serious mistake was made by the russian special service when simulating material evidence. So, a certain book of frankly fascist content, allegedly donated to one of the detainees, got into the frame. The person responsible for the preparation of this "material evidence" was ordered to sign it on behalf of the donor with an obligatory call to kill. It is obvious that the text of the autograph was agreed at the top and handed over in writing to the performer. The instructions said that the donor's signature should be illegible. The performer conscientiously rewrote the text given to him. However, instead of putting a squiggle indicating an illegible signature, he literally wrote: "Signature is illegible". 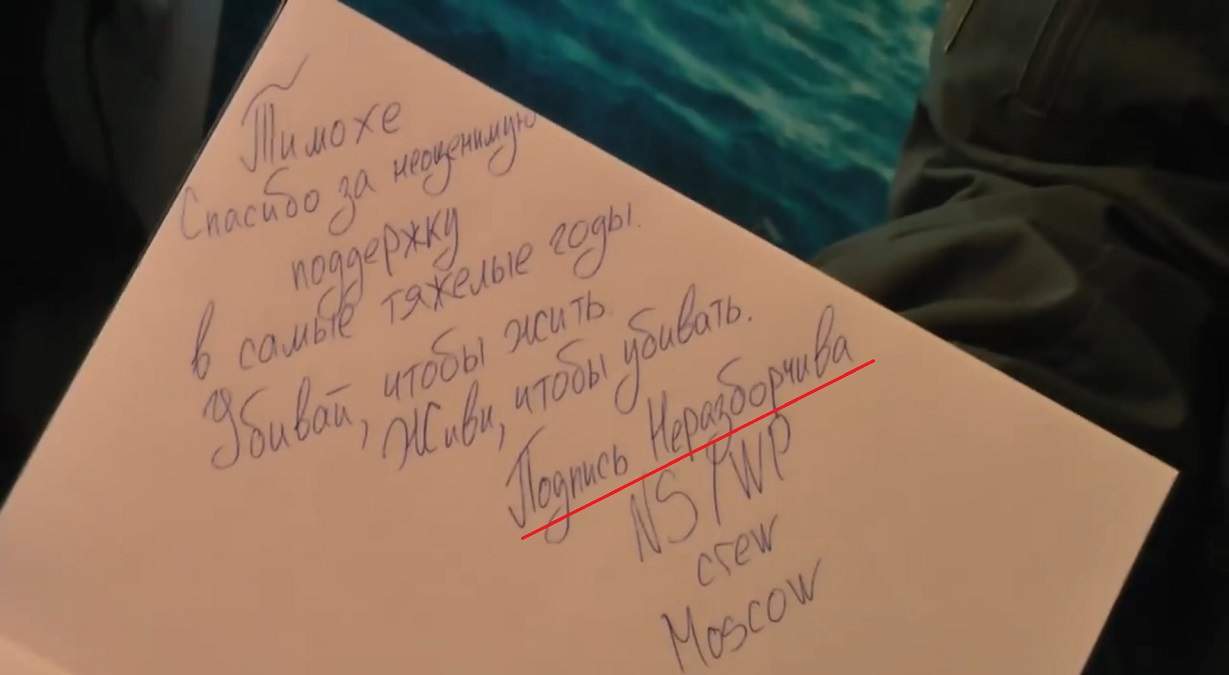