Residents of Lviv have brought "bare essentials" for the russian army to the building of the former consulate of the russian federation.

"The russian consulate used to work in this private building. Now it is a symbol of looting and racist atrocities. I call for the same protest campaigns to be taken under all russian diplomatic missions", - Lviv Mayor Andriy Sadovyi reported in his Telegram channel.

As reported, the russian invaders are engaged in mass looting and violence against the civilian population in Ukraine. Rashists take the loot to Belarus, from where they sent it by mail to their russian cities. The occupiers do not disdain either toilet bowls or computers. 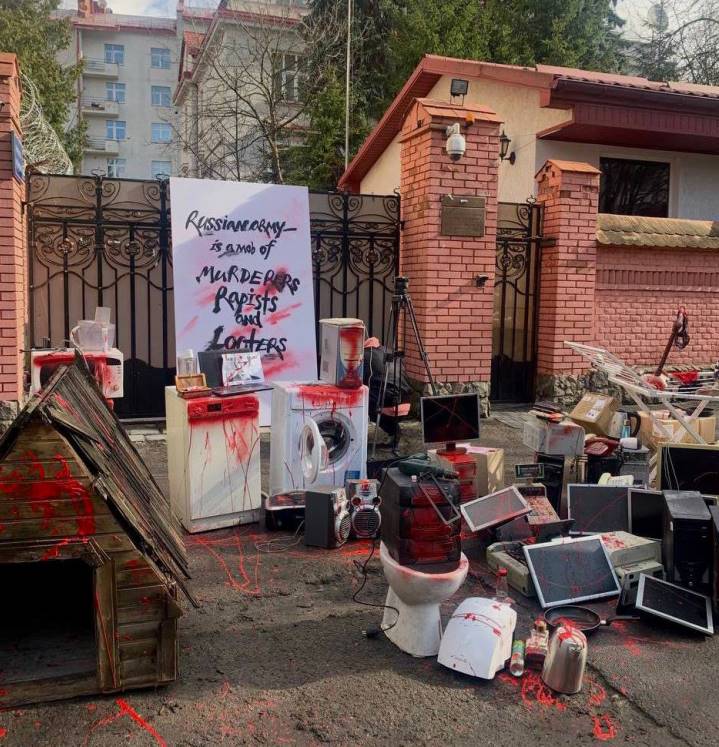