The total combat losses of the personnel of the russian occupiers since the beginning of the war against Ukraine on March 26 amounted to approximately 16 400 people. This is said in the message of the AFU General Staff.

The total combat losses of the enemy from February 24 to March 26 were approximately: 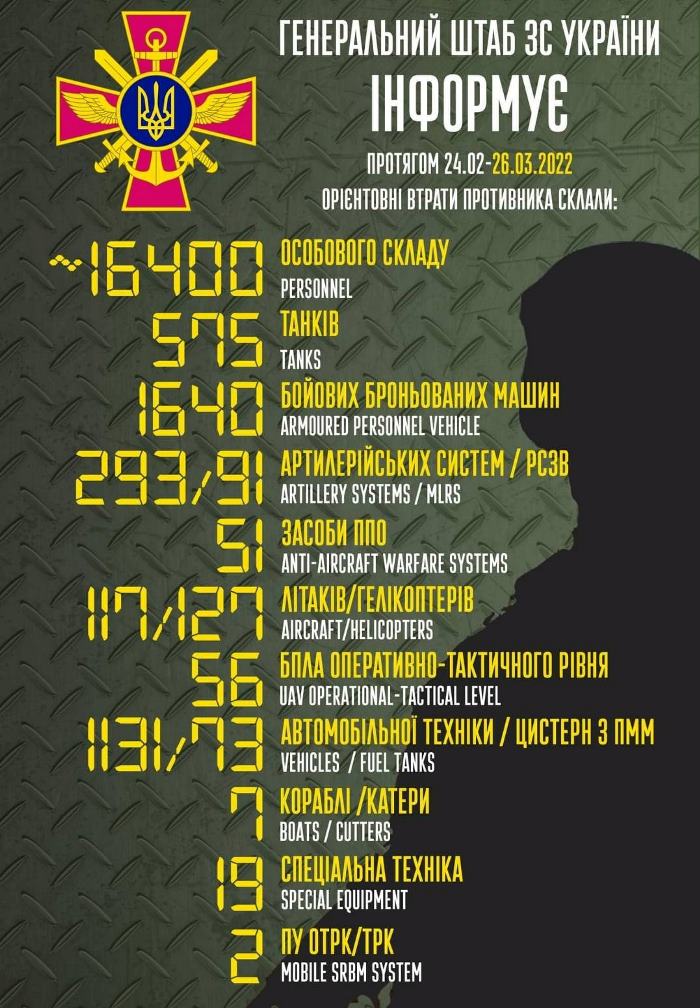