Ukrainian officials who received bribes in big amounts are often able to avoid punishment. It is evidenced by the results of research which is represented by Transparency International Ukraine.

"Mostly employees of law-enforcement sphere have been convicted of corruption in Ukraine - 14% of all cases. A very common type of bribe in this sphere is for the closure of the criminal case. Land sphere is on the second place - 10%. Officials received bribes most commonly for allotment of land or facilitate. 8% of cases are related to the medical field, 7% - to the educational sector. Another 7% are connected with real estate, 6% of the cases are related to the tax sphere. Cases against judges were few -.1%. The situation is like that probably not due to low level of corruption in the judiciary but to the fact that investigation of judicial corruption is rarely submitted to the courts.

It is noted that in the modern courts there is no generalized practice of punishing corrupt officials which gives judges thepossibility to apply various types of penalties in the same crimes and it increases the corruption component in the cases against corrupt officials. "Ukraine needs a complete reboot of the judiciary. This branch of government should work on the basis of justice, virtue, and be controlled by the public. Only then Ukraine will be able to overcome corruption and establish the rule of law," - said the statement. 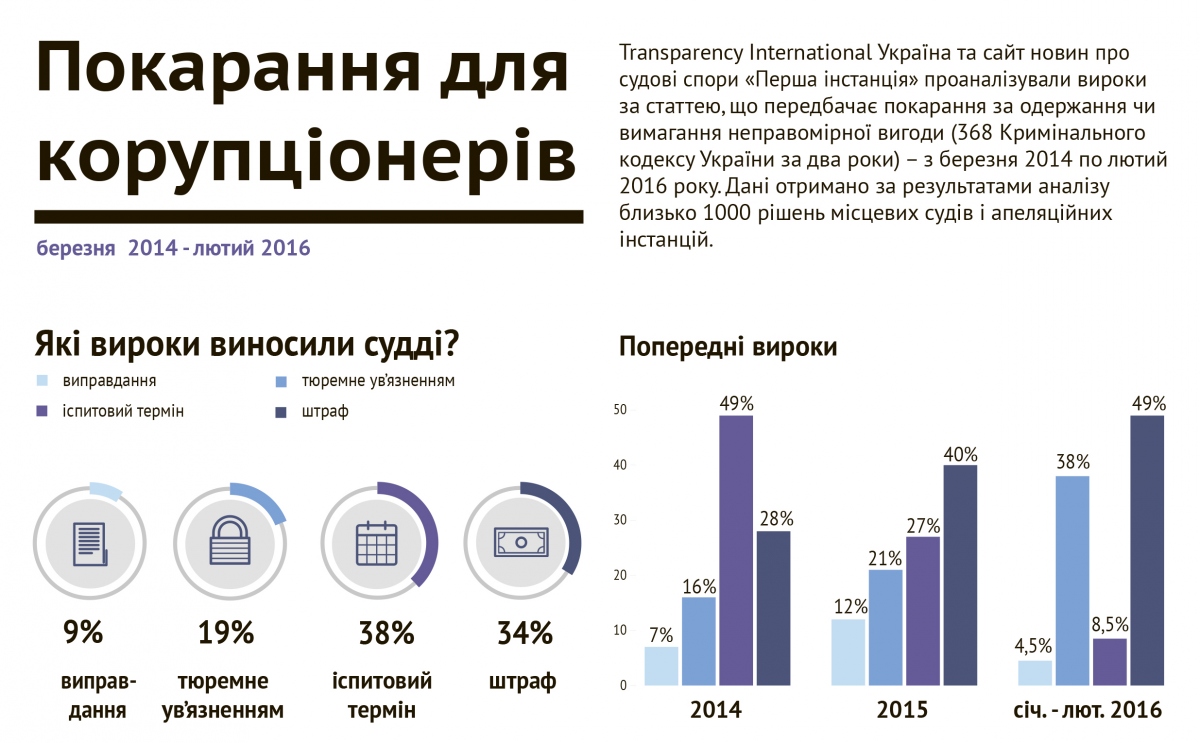 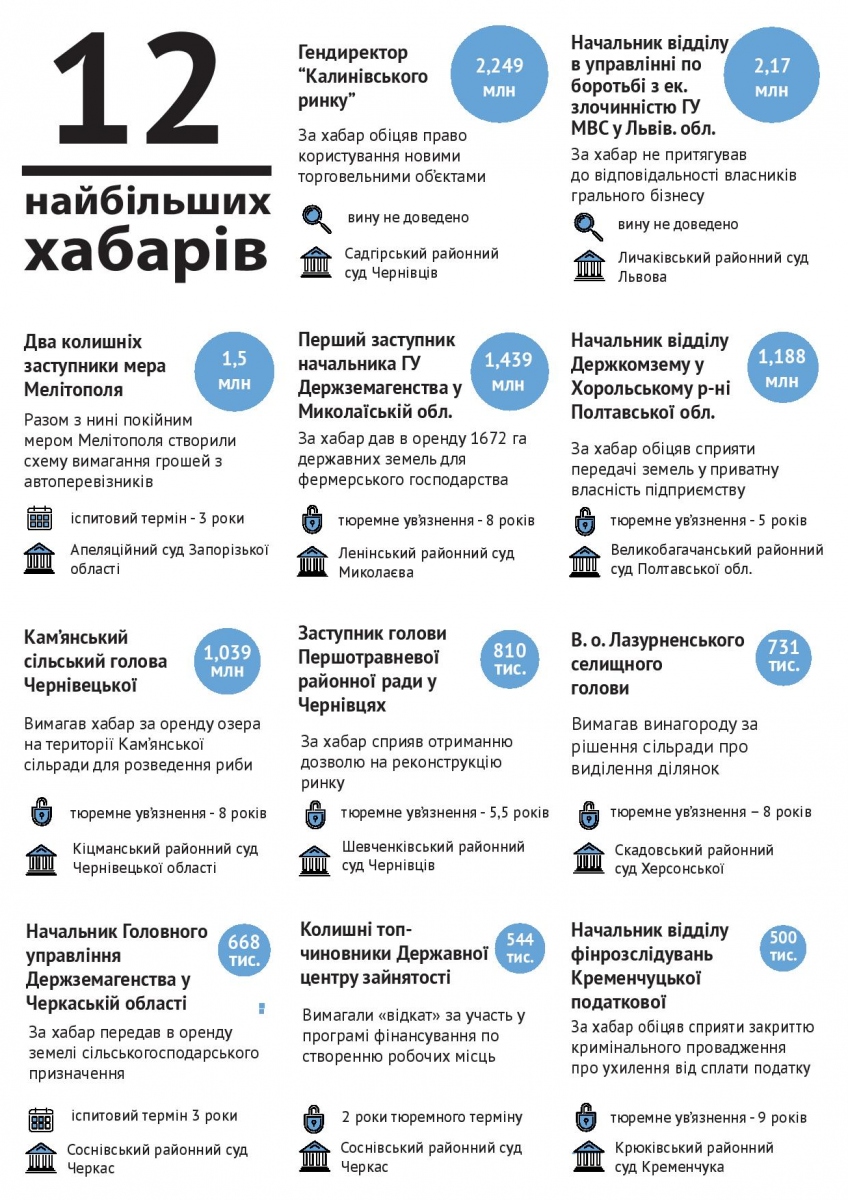 The study was conducted within the project called Judges are under the gun with the support of the US Embassy in Ukraine. About 1,000 cases under article 368 of the Criminal Code ("soliciting / receiving undue benefits") in the period from March 2014 to February 2016 have been analyzed.